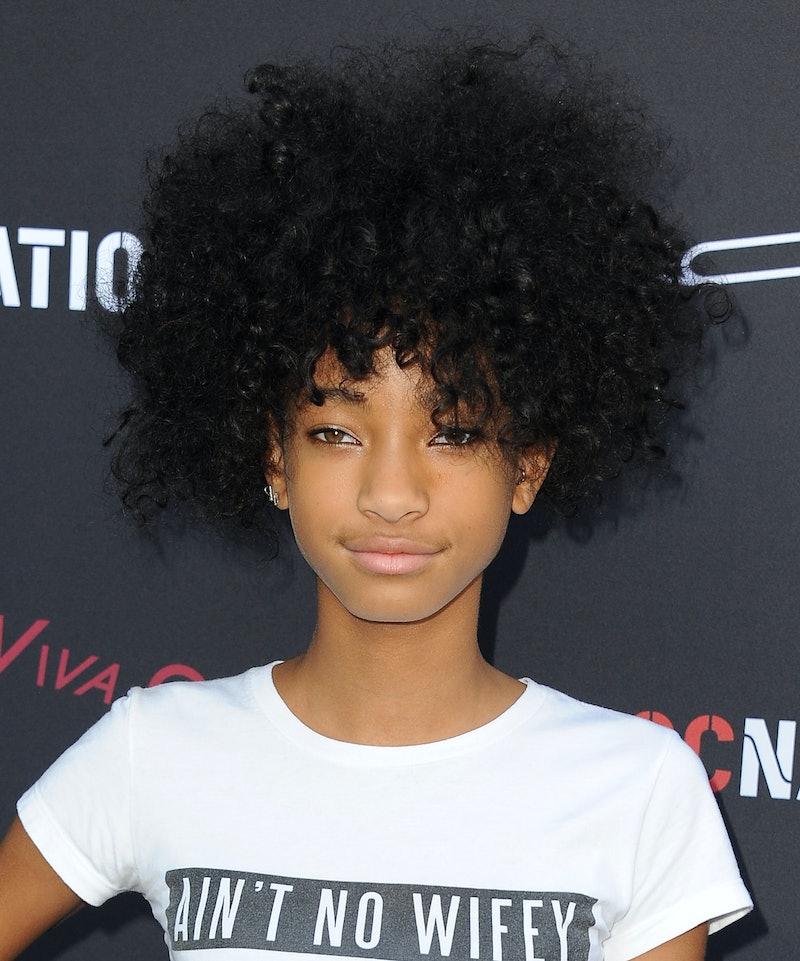 Maybe you haven't thought about the movie Avatar in a long while, but for Willow Smith, it's part of her every day. She loves the movie so much, she has told the press that she wants to basically become part of the Na’vi tribe. This hasn't been truer than when Willow Smith channeled Neytiri in her Twitter...avatar recently. Pun intended? Not sure, but I’m really hoping so.

Sporting a beautiful poncho, a pair of black leggings, and Nike kicks, Smith crouched by a creek in her latest Twitter photo with what looks like the face paint of the Na’vi tribe. Her caption is very simple and says, “Neytiri te Tskaha Mo'at'ite,” which is the full name of Na’vi princess of the Omaticaya clan from James Cameron’s film Avatar.

If you’ve been following Smith closely, her avatar should not come as a surprise because it’s apparent that her ultimate goal in life is to become Neytiri. Not only did she tweet that she wanted to become Neytiri, but she also created an EP where the lyrics to her track, “Heart” went like this, “I don’t think it’s fair that you’re on earth and I’m up, up here making stars and planets, and galaxies, and planets, make a life in another dimension.”

Say what you will about the Smith children, there's no denying that Willow looks absolutely gorgeous with her film-inspired makeup. We wonder what she'll do next to channel Neytiri. Full-on blue body paint? Guess we'll have to wait and see.

Take a listen to her song and check out her new Twitter pic below: