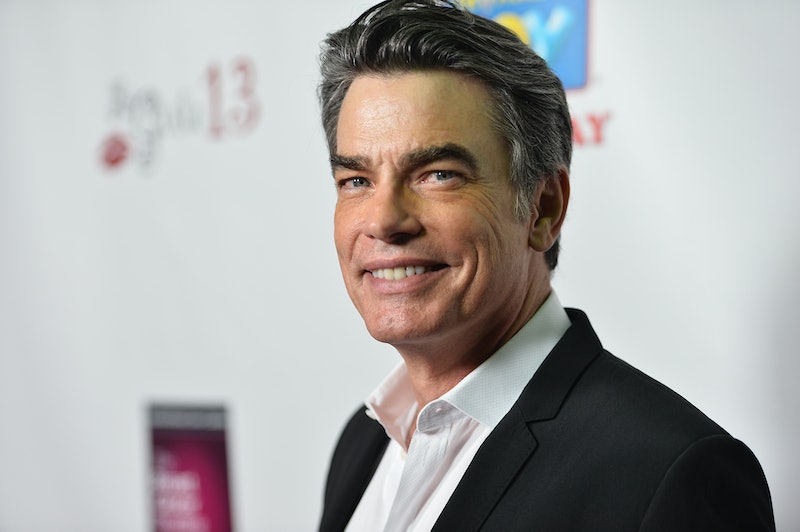 Confession time: While I was growing up, I had a pretty righteous unibrow. My mom would beg and beg me to tweeze, wax, thread, or just plain something to them, but I was pretty content going au naturel a la legendary artist Frida Kahlo or actor Peter Gallagher. Eventually, I did tame my beastly brows, but I still admire the luscious and thick eyebrows of Peter Gallagher, and it's about time to rank their appearances according to greatness. Of course, one of their most dazzling roles is in the Sandra Bullock comedy While You Were Sleeping , which is celebrating its 20th anniversary.

Gallagher's famous pair of eyebrows have been the subject of much mockery (see: The Onion, McSweeney's and others) and admiration (see: Go Fug Yourself and, well, me). And the response to his eyebrows has simply befuddled Gallagher himself. "I don’t see them all the time, but I know they’re there," he told Vulture in 2010. "The response to them has absolutely flummoxed me. As I said, I don’t see them and everybody in my gene pool has got ’em. You go to certain areas in Ireland and I’m a dime a dozen, so it’s like, what the hell are they talking about, it’s just my eyebrows!"

But they are one awesome set of brows — so awesome that they must be ranked from good to absolutely the best.

The brows and Gallagher played recurring character Deputy Chief William Dodds on the venerable L&O franchise. Dodds oversees the Special Victims Unit and you know what he needs in order to do that — a determined and tough-as-nails set of eyebrows.

And that's just the tip of the iceberg — or top of the brow, rather — of Gallagher's eyebrow performances.

The eyebrows rose to head of CIA Clandestine Services in this USA Network drama series — and they rose when giving orders to field agent Annie Walker (played by Piper Perabo).

In this 1999 film and Best Picture Oscar winner, Gallagher plays Buddy Kane, the "Real Estate King" and paramour of Carolyn Burman (Annette Bening). The brows got little recognition, though, for adding to the smarmy-ness of the local real estate mogul.

Gallagher sports a debonair mustache in addition to his usual awesome brows in this 2002 Adam Sandler flick. But don't let the 'stache fool you, Gallagher's Chuck Cedar is totally manipulative and should not be trusted.

4. To Gillian On Her 37th Birthday

Gallagher plays a widower mourning his deceased wife in this 1996 drama film, but his eyebrows are very much alive. Just look at how thick and rich they are.

This 2000 dance movie is personal favorite not only because it's the greatest dance movie ever made (in my humble opinion), but because Gallagher's brows got to play so many emotions as Jonathan Reeves, the stuffy and pretentious head of the American Ballet Academy — concern, determination, jealousy, encouragement, pissed off at bad turnouts, sending "girls with the wrong body type" home, and generally killing the dreams of ballerinas everywhere.

The eyebrows are so versatile that they'd get into both ABA's company and be a principle in Cooper Nielsen's dance company.

Gallagher had to do a ton of eyebrow raising as do-good lawyer Sandy Cohen, the father of teen Seth (Adam Brody) who takes in wrong-side-of-the-tracks teen Ryan Atwood (Benjamin McKenzie) into the Cohen family's home. The brows were also in fine form — thick, pronounced, and luscious — during the four seasons of the show from 2003 until 2007.

1. While You Were Sleeping

Now don't think this movie topped the list because it's celebrating an anniversary this week. The Sandra Bullock romantic comedy is No. 1 for Gallagher brows because they are the movie. The actor spends 75% of the movie in a coma as Peter, often visited by Bullock's character Lucy and Peter's nosy family. All the characters mostly interact with his comatose body (and eyebrows) until the third act.

But in that 75% of the film, his eyebrows do a damn good job. Bravo, brows.