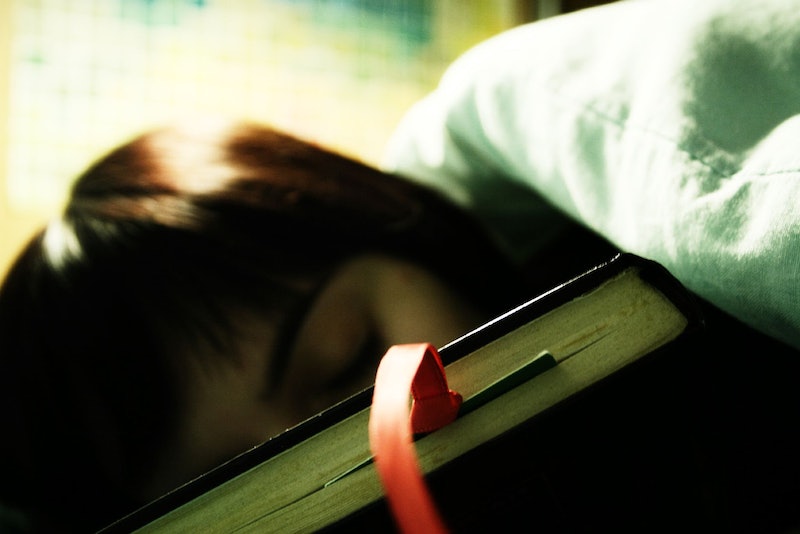 Now that April 13 is here, how are you celebrating the life of William Shakespeare, who was born on that day 451 years ago and died on it 399 years ago? It would be nice to spend the day touring the Globe or the evening at the theater watching one of his masterpieces come to life, but a true book-lover knows the best way to celebrate the birth of a legendary author is to read her or his work.

Your copy of Romeo & Juliet is too tear-stained to make out the words on the pages any longer. Your pocket Macbeth has more dog-eared pages than not. Can you even read through all of the notes you made in Othello? And since your roommate never returned Twelfth Night, where does that leave you?

Retellings have always been a popular form of literature, especially in the young adult world, and it isn't a wonder why. They take stories we love and cherish and allow us to explore them and enjoy them in new and exciting ways. Modern restagings come in all different forms — continuations of the original story, new spins on old tales, the same story but told from a different perspective, homages — and act like like new frames on classic art. And when it comes to Shakespeare, the master of comedy, tragedy, history, romance, and even poetry, these retellings have the power to reinvigorate a more than 400-year-old story.

So if you find that you've already memorized all of Ophelia's lines and you've shed all the tears you can shed for Lear's daughters, here are 13 restagings of all of your favorite works of Shakespeare:

A Thousand Acres by Jane Smiley

Perhaps Shakespeare's greatest tragedy, King Lear has been the subject of several books and movies, but none retell the story as masterfully as Jane Smiley. Her retelling of a father's decent into madness and the subsequent destruction of his daughters stays true to Shakespeare's original work while giving it new life with a feminist twist.

Who ever said that tragedy can't be funny? A master of comedy himself, Christopher Moore tells this hilarious tragedy from the perspective of the fool in Lear's court. Featuring characters across several works, including the witches of Macbeth, this novel and its Shakespearean sequel, The Serpent of Venice, will have you looking at classic literature in a whole new light.

The Lunatic, the Lover, and the Poet by Myrlin A. Hermes

If you were curious about Hamlet's school days, look no further than this prequel told from the perspective of Horatio, a fellow student obsessed with the Prince of Denmark. Funny and sexy, The Lunatic, the Lover, and the Poet is filled with cases mistaken identity, love triangles, and even jokes only Shakespeare lovers will truly appreciate.

The Story of Edgar Sawtelle by David Wroblewski

Set in rural Wisconsin, David Wronblewski's debut novel re-envisions Hamlet as Edgar, a mute child seeking revenge for the death of his farmer father. After a family tragedy, Edgar has to live in the woods with nothing but the company of a fictional breed of dogs (stand-ins for Hamlet's spirits), where he comes into his own and finally faces the facts: he has to run forever, and go home and face the truth. Tragic and moving, this twist will leave you with chills.

The Dream of Perpetual Motion by Dexter Palmer

Shakespeare goes steampunk in Dexter Palmer's mashup of fairytales, science fiction, and The Tempest. Harold, the book's protagonist, is a greeting card writer imprisoned in a zeppelin circling the city, as we learn about his life, love, and many losses. Alongside him are the voice of his past lover, Miranda, and the frozen body of her insane but genius father, Prospero. Told in the form of Harold's memoir, this funny but heartfelt novel is like walking in a daydream.

The Sea and the Mirror by W. H. Auden

Restagings don't always have to follow form. W. H. Auden's long poem is the story of what happens after a production of The Tempest is over, as told by characters in the play itself. It incorporates the author's relationship to the characters and the audience in a mix of the theatrical and the poetic.

People can hold a grudge forever when feuding families are involved. Anne Fortier takes the classic story of star-crossed lovers and fast forwards a few hundred generations where the novel's protagonist, Julie, finds herself caught up in the same plague her ancestors caused so long ago. Juliet is a fantastic flurry of romance, drama, and, of course, Shakespeare.

The Juliet Club by Suzanne Harper

Travel to the beautiful city of Venice with six very different teenagers in Suzanne Harper's play within a story. How can Kate Sanderson, recently heart-broken, survive a summer abroad in the most romantic city while tasked with study the most romantic play and volunteering for the Juliet Club, a group charged with answering letters from heart-broken women all over the world? A charming YA, The Juliet Club is sweet, romantic, and a great quick read.

I'll read anything Toni Morrison writes, but it was a treat to find this restaging. Othello's doomed wife is finally given a real voice in this feminist re-imagination of Shakespeare's tragedy. A collaboration of music and words, the play is told in the form of dialogue between Desdemona and her African nurse, Barbary. Eye-opening and refreshing, this play will makes Desdemona's character even harder to forget.

I, Iago by Nicole Galland

You an never really understand someone unless you've walked in their shoes, especially someone as treacherous as Othello's Iago. But Nicole Galland's novel about one of Shakespeare's most notorious villains gives us the other side of the story and explains, or tries to explain, the influences, experiences, and motivations that can create evil.

Much Ado About Nothing

Confessions of a Triple Shot Betty by Jody Gehrman

When her two best friends meet, Geena's dreams of a summer filled with girl bonding proves itself to be unlikely, but luckily, a group of cute guys come along to mix things up. Mistaken identities, girl fights, hot guys — Jody Gehman's modern YA take on Much Ado About Nothing has enough high jinks to make Shakespeare proud.

The Madness of Love by Katherine Davies

Think Shakespeare but with bookstore clerks, English teachers, and gardeners. Katherine Davies weaves together the lives of these enchanting characters in a hilarious, mischievous, and romantic novel about a woman trying to get over the loss of her brother by masquerading as an entirely new man, a man trying to win the love of a woman he's lost, and the love triangles that ensue.

The Third Witch by Rebecca Reisert

Set in the world of Macbeth, where murder and deceit are just as prevalent as oxygen, Rebecca Reisert tells the story of one of the three witches as a young girl, Gilly, and her desire for revenge against none other than prince himself. It includes major scenes from Shakespeare's original play, but like you've never seen them before.