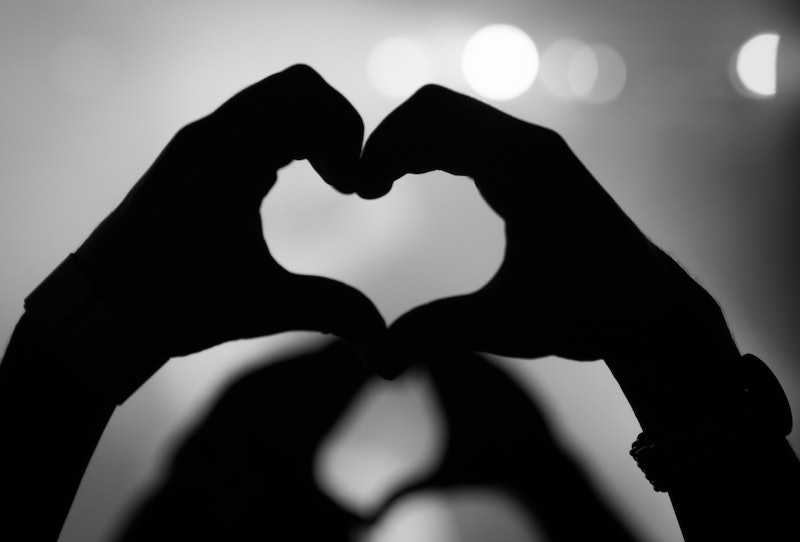 My novel was a tough sell. As my agent pitched it to editor after editor, the rejections were polite and vaguely encouraging. They might have liked the prose, or the characters, or even the whole book, but in the end all of them felt that Broken Homes & Gardens “wasn’t a good fit,” mostly because they just weren't "sure where to position it in the marketplace.”

I knew exactly what that meant, because I had the same trouble classifying my book when I was working on pitching it to agents. Was Broken Homes & Gardens — a contemporary love story set in the mossy neighborhoods of Portland, Oregon — a literary novel? Upmarket women’s fiction? Commercial women’s fiction? Contemporary romance? It seemed like it could fit anywhere. Or, well, nowhere.

In the face of all this rejection, I had to remind myself of why I started working on it in the first place. Years ago, I had a little revelation: I wasn’t writing what I wanted to read. After some dabbling in blogs and non-fiction, I needed to go back to fiction, and I needed to write the story I wished I could find on the bookshelves. Maybe I could write the next Twilight, minus the vampires and werewolves. Or maybe something like Before Sunrise, one of my favorite movies. So basically, boy meets girl and they hang out. That’s the kind of story I am attracted to, and that is exactly what I went out and wrote.

Broken Homes & Gardens centers around Joanna and Malcolm — two characters who meet at a party and spend the next four years trying to figure out if they are friends, more than friends, or what. My nascent idea was that they would, at some point in the story, enter into a friends with benefits arrangement. I saw the idea echoed around me in movies, and other books, and figured I was golden — that must mean the market was hungry for such stories, right?

The day I signed with my agent was one of the happiest ones of my life. But then she started submitting to editors... and that’s when we started hearing that tired refrain: We just don't know how to position it in the marketplace. What was I supposed to do about that?

Like Carrie Bradshaw before me, I had to wonder: Is the love story over? Some of our greatest works of literature are about love, but it’s a lot harder to come up with contemporary love stories that are considered important and literary. Sure, thousands of books about love get published each year, but they seem to occupy different sections of the bookstore, far from the classics and the Pulitzer Prize winners. They’re labeled “contemporary romance” or “historical romance” or “chick lit.”

Is a love story ever just a love story, though? Take Jane Eyre. After growing up in an orphanage, she sets off to work as a governess at Thornfield, run by the grim and mysterious Mr. Rochester. With an unwavering spirit, she endures hardships and heartaches. Like most great romantic heroines, she faces almost all of her troubles alone. Romantic happiness eludes her until the final pages. If Jane Eyre is not a tale of “solitary self-discovery,” I don’t know what is. It’s difficult to think of a love story that isn’t about self-discovery, or that doesn’t touch on other, wider-reaching issues that say a lot about the culture the character lives in at the time.

Like Carrie Bradshaw before me, I had to wonder: Is the love story over?

When I first came up with my idea for Broken Homes & Gardens, I’ll admit I wasn’t thinking that a “friends with benefits” story had a lot of important things to say about life and society — I just thought I’d write something amusing and engaging. As I developed the story, I began to ask myself some questions. I knew I wanted Malcolm and Joanna to end up together. If they’re so perfect for each other, why would they be friends with benefits? Why wouldn’t they just be together for real? After all, the whole reason people enter into an FWB arrangement is because they probably don’t feel that they are suited as romantic partners. They’re friends, and they’re attracted to each other, but that’s as far as it goes.

I decided that Malcolm and Joanna did want to be more than FWB, but they didn’t want to admit it — to each other, or to themselves. Joanna saw her own parents’ marriage crumble, and she knows the statistics: half of marriages end in divorce. She knows she doesn’t want to lose Malcolm, and she knows how relationships work. Couples are happy for a while, commit to each other, maybe get married, and then they grow apart. They get divorced. Joanna won’t let that happen to her and Malcolm. But she still wants to sleep with him. Friends with benefits, she decides, is the obvious solution to all of these problems.

Love stories are capable of saying things about who we are, the way we live today.

I don’t remember Elizabeth Bennet or Jane Eyre having quite the same dilemmas, but that’s why I think love stories are so important. Love stories — the ones in which love is the central theme, the main plot line — are capable of saying things about who we are, the way we live today. The love story that took place in long-ago Verona is going to say something different than the one that’s happening right now in 21st century Portland. Entering into marriage was once a matter of survival. These days, we have more romantic freedom than ever before, but that doesn’t mean we have love and relationships all figured out. We have different problems now. What do those problems say about us?

I'm happy to say that after all the hand-wringing and rejections, a small press decided to take a chance on Broken Homes & Gardens . They told me it was a “beautiful novel” and said they wanted to introduce Malcolm, Joanna, and their messy romance to readers everywhere. Now that my book is officially out, I hope that my girl-meets-boy story will be relevant and entertaining to a contemporary audience. We’re even calling it a When Harry Met Sally story for the Millennial generation.

It’s been 26 (!) years since the film When Harry Met Sally asked if men and women could really be just friends. Is the answer to that question different today than it was in 1989? After all, women get married much later than they did even a couple generations ago. While women of the past would marry within a couple years of coming of age, today it’s not uncommon to spend years — decades, a lifetime! — without tying the knot. In this day and age, when we have so many choices and life is so long, why commit to one person? Why marry when it’s so likely to fall apart? Why choose love over friendship when friendship, it seems, has a better chance of lasting a lifetime? Do we even need love at all?

I wrote Broken Homes & Gardens because I want to try to answer those questions. And because I believe the answer to the last one, at least, is yes.

More like this
'Firefly Lane' Season 2 Will Be The Show's Last — But There's A Twist
By K.W. Colyard and Grace Wehniainen
The Most Anticipated Books Of October 2022
By K.W. Colyard
For Mur Lafferty, Genre Is Everything
By K.W. Colyard
10 New Must-Read Books Out This Week
By K.W. Colyard
Get Even More From Bustle — Sign Up For The Newsletter