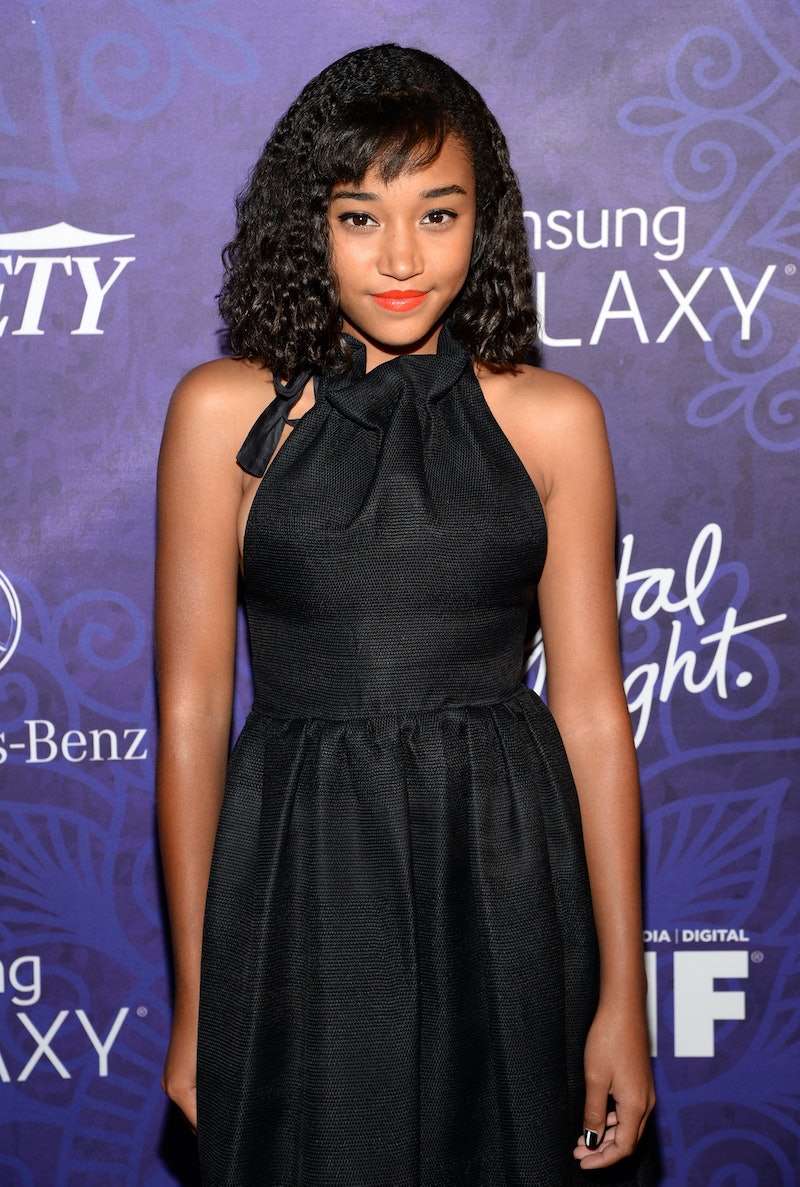 "What would America be like if we loved black people as much as we love black culture?” This is a question 16-year-old Hunger Games star Amandla Stenberg asks while defining cultural appropriation in a video she created for her history class. While the quote is something the actress says she's seen on social media, her video, titled “Don’t Cash Crop My Cornrows: A Crash Discourse on Black Culture," is full of her own, very wise thoughts. Not only does Stenberg school everybody about what cultural appropriation really means, but she does it in a powerful and intelligent way.

In the beginning of the video, which you can watch for yourself below, Stenberg discusses the history of black hairstyles and hip-hop and how the two have become defined and connected throughout mainstream music. She also points out how Miley Cyrus, Katy Perry, and Iggy Azalea have adopted music and style from black culture.

For example, Stenberg discusses where hip-hop comes from, in addition to the real reason why Africa-Americans wear braids and cornrows. “Hip hop stems from a black struggle, it stems from jazz and blues, styles of music African-Americans created to retain humanity in the face of adversity,” she says. “On a smaller scale but in a similar vein, braids and cornrows are not merely stylistic. They’re necessary to keep black hair neat.”

First, yes, this is a 16-year-old who is speaking. Clearly, she is a wise young woman who is going to inspire many. Second, cultural appropriation is something that has been defined differently by many and used in various ways, so to have Stenberg explain it in such a specific and clear way is excellent. Third, do you think Stenberg received an A+ for her project?