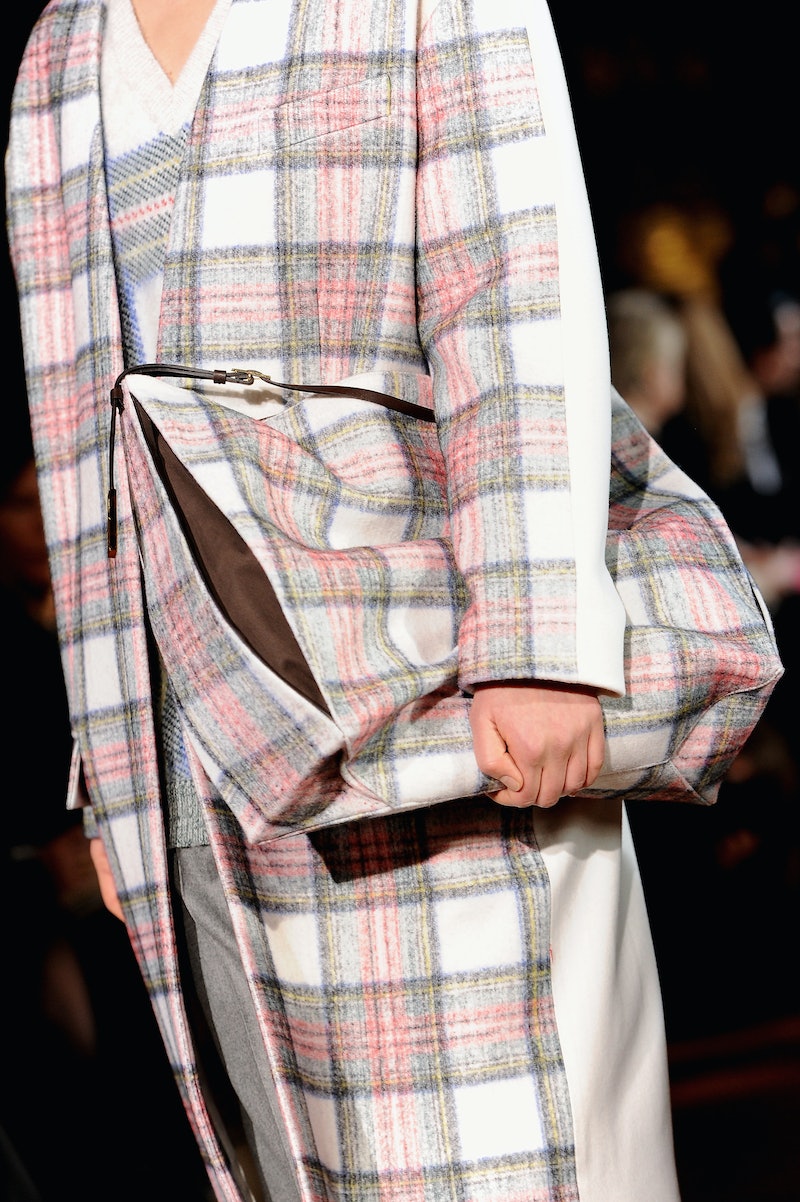 Everywhere you look in fashion and pop culture, there's a new example of cultural appropriation. Avril Lavigne's unfortunate depiction of Japanese culture. Lady Gaga performing in a hot pink burqa. H&M's brilliant idea to sell Native American headdresses — until they were forced to pull them. And, of course, Miley at last year's VMAs, obliviously shaking her tail feather while insulting black people.

"Borrowing" elements of a different culture, whether it's in music, art, or fashion, often gets a bad rap for a couple of good reasons: a) It highlights an unequal power dynamic. b) It can be insensitive (i.e., does Lady Gaga really know why some Muslim women wear burqas, and is she wearing it in a proper context? Probs not.) But not all borrowing that seems offensive actually is. "There’s a big problem with critiques of cultural appropriation," fashion scholar Minh-Ha T. Pham writes in The Atlantic. "They reaffirm the very thing they intend to oppose: white Western domination over and exploitation of culture at the expense of everyone else." People assume a hierarchical relationship when sometimes (sometimes), it's just creative folk inspired by other creative folk.

Pham draws an example from the Céline and Stella McCartney (pictured) Fall 2013 ready-to-wear collections, which use those bright, graphic plaid prints you may have seen somewhere less high-end: Chinatown. Yup, the designers were inspired by the large, plastic tote bags vendors on Canal Street — and in other areas with large migrant worker populations — use to carry their goods.

Fashion critics liked the cultural mishmash, but some bloggers cried cultural appropriation. "Mostly, I wonder whether the ignorance of the Céline shopper ... regarding the history of this particular print and the low-class implications of the object it debuted on, adds to the value of the newly interpreted high-end piece … or hinders it," writes Hanger Hiatus.

But here's the thing: Those prints did not originate on Canal Street. They came from elite families in Indonesia, which means "appropriating" them is roughly equivalent to using Scottish tartans as an influence, something Tommy Hilfiger and plenty of other designers have been doing for eons (and how can you hate on plaid?). Writes Pham:

As early as the 16th century, the Bugis coastal plains people (from the southern peninsula of the Indonesian island of Sulawesi) were weaving, trading, and selling silk sarongs with the plaid motif for indigenous and international consumption. Today, as before, the plaid designs are invested with considerable symbolic meaning for Sulawesians. Elizabeth Morrell’s extensive research shows that the size of the plaid indicates the social and political status of the individual while its simple, open, and repeating pattern is expressive of Islamic principles of “geometry, rhythm, and light.” Often reserved for formal and celebratory occasions, the textiles represent both secular and spiritual forms of Indonesian culture.

Research like this should cause us to reexamine how we think about cultural appropriation. It's important to consider influences in a larger context and without presumptions — otherwise we risk offending people when we're trying to do the exact opposite.

Here are a few more examples of cultural borrowing in fashion that are grey areas open to discussion (so by all means, discuss!):

Westwood combined a homage to 19th-century British couturier Charles Worth with influences from the Ashaninka tribe in Peru. As someone who's launched a fund to protect the Amazon rainforest, Westwood has a longstanding genuine interest in Peru's native cultures. "Feathered headdresses are always troublesome because they can be seen as culturally appropriating, but mixed with such a European-based design, the reference feels once removed," noted blogger Anibundel.

Here, the designer aims to "blend worlds: opera with street, stage with city and so they took us on a journey of imaginary ethnic groups — merging what looked like indigenous American Indian embroideries and suede fringing with hot African [color] and patterns from India and the Mexican Incas and Aztecs," said Elle UK. Some bloggers have asked whether "blending worlds" is another way to say "cultural appropriation" I lean toward the former — plus, I would definitely wear this adorable dress.

"The collection is a clash between two cultures, Japanese and African," Givenchy's Riccardo Tisci told The New York Times. "I’ve been working with Madame Grès pleats and drapes and colors that remind me of Africa in a romantic way — but mixed with Japanese elegance and fragility." The craft and artistry he shows an appreciation for the cultures, and a lot of the collection is so abstract that I personally saw no evidence of symbolism being used out of context.