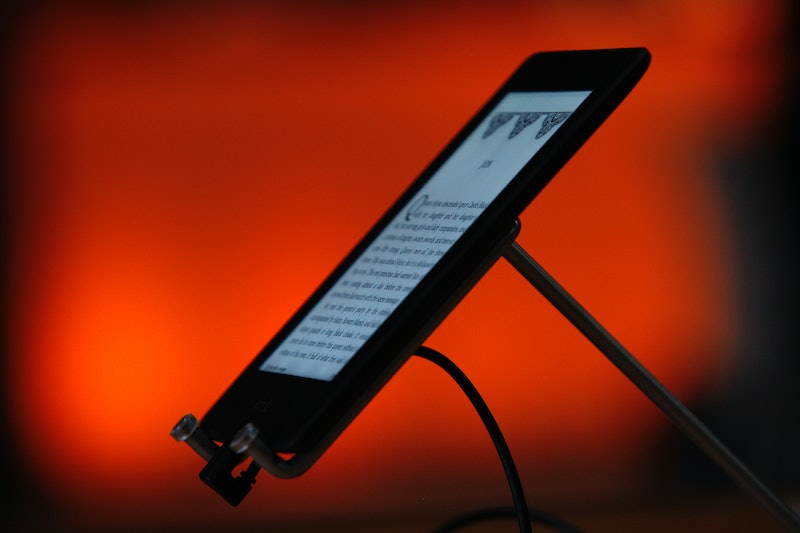 Landing a book deal with a major publisher is every writer’s dream. Or at least, it used to be. These days, some authors are raking in the cash the DIY way. One example of a self-publishing success story is Mark Dawson, who makes about $450,000 a year self-publishing on Amazon. And, no, you didn't read that incorrectly.

Dawson tried the traditional publishing route with his first book, but sales were dismal despite glowing reviews. Dawson told Forbes that he thinks it bombed because of bad promotion on the publisher’s part. So, for his second book, The Black Mile, he went with Amazon’s Kindle Direct Publishing. At first sales weren’t great, but when he started doing free giveaways, everything changed. He decided to check sales one day and was shocked to see the book had sold 50,000 copies over one weekend.

After that success, Dawson looked at the self-publishing model more like a business, and started a new series about an assassin named John Milton. He's written six so far. Since June 2013, he’s sold upwards 300,000 copies of his books... and counting. It's quite a bit of work — beyond just writing them, he puts a lot into marketing his titles — but it's paying off for the entrepreneur-author.

Dawson isn’t the only self-publishing success story, obviously. We all know E.L. James’ Fifty Shades of Grey went from DIY to global cash cow. French author Agnes Martin-Lugand’s first novel Happy People Read and Drink Coffee was a self-published book before Weinstein Books and The Weinstein Company acquired film and publishing rights this week. Lisa Genova self-published her book Still Alice , Simon & Schuster then acquired the novel for a reported half-million dollars, and in 2009, it debuted on the The New York Times bestseller list. If that’s not enough, it then became a film, and Julianne Moore won a Best Actress Oscar for playing the lead role.

So, you know, self-publishing works out for some. A recent study even says self-publishing is good for women, helping them break the glass ceiling and equalize with their male counterparts in the very guy-skewing industry. We all know, however, that the success of authors like James, Martin-Lugand, and Genova is pretty rare, especially if you're using self-publishing as a platform to get noticed.

As for Dawson's approach of treating the method as a business? It may not be snagging him any Pulitzers, but, hey, people are reading his books.