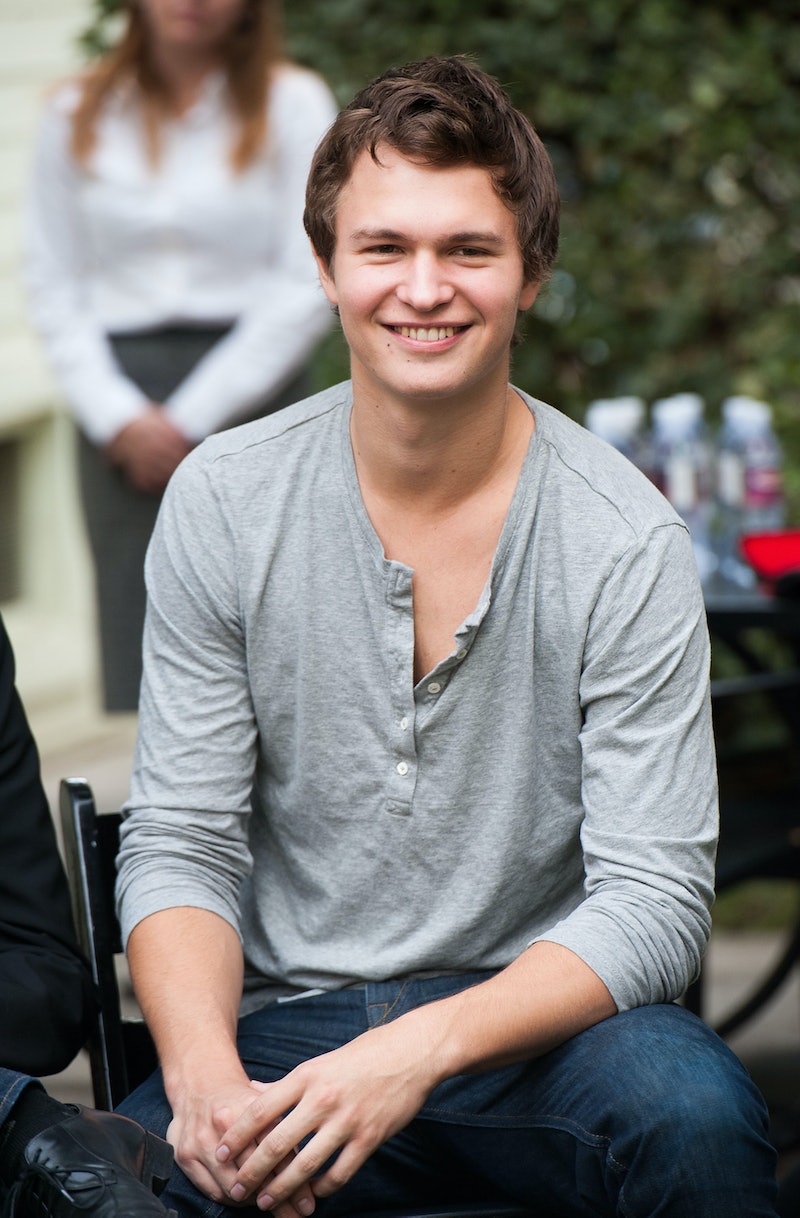 If you're a fan of The Fault in Our Stars and Divergent, then there's no doubt you adore Ansel Elgort. Well, I have a feeling you're going to admire him even more. While chatting with GLAAD at the opening night of Broadway's Finding Neverland, Ansel Elgort shared his support for the LGBT community and explained why he thinks it's so important for everyone to learn acceptance. Not only is his candidness refreshing, but it is also powerful.

So, why is Elgort so accepting? He said, "Because I don’t see any reason why people shouldn’t be allowed to be who they want to be." Elgort could've stopped talking right there, because this standalone statement just about says it all. But, he didn't. The actor continued,

I almost find that now if you’re not accepting, it’s a big problem, and people who might not be accepting are doing it anyway, but I really hope in my heart that the world can accept, like truly and deeply from the core, so there can be a true change in the way the world is, because there really shouldn’t be — I mean, everyone’s allowed to have their own opinion, but there really shouldn’t be people who don’t accept everyone. I think that’s really stupid.

There you have it: the amazing Ansel Elgort on acceptance. I'm pretty sure he could go on a lecture circuit and educate many on the importance of letting everyone be exactly who they are. Thank you, Ansel.

In the video, you can also listen to Breaking Bad's Bryan Cranston and Nashville's Laura Benanti open up about the LGBT community. Their words are just as powerful as Elgort's.

This isn't the first time Elgort has spoken out about the LGBT community. In 2014, he responded to rumors that he's gay in the best way possible. He tweeted, "Just in case it isn't clear... I like girls. A lot." He then added, "Also let me say if I was gay I wouldn't hide it. Being gay or straight isn't bad or good it just IS. U are who you are. Be true to yourself."