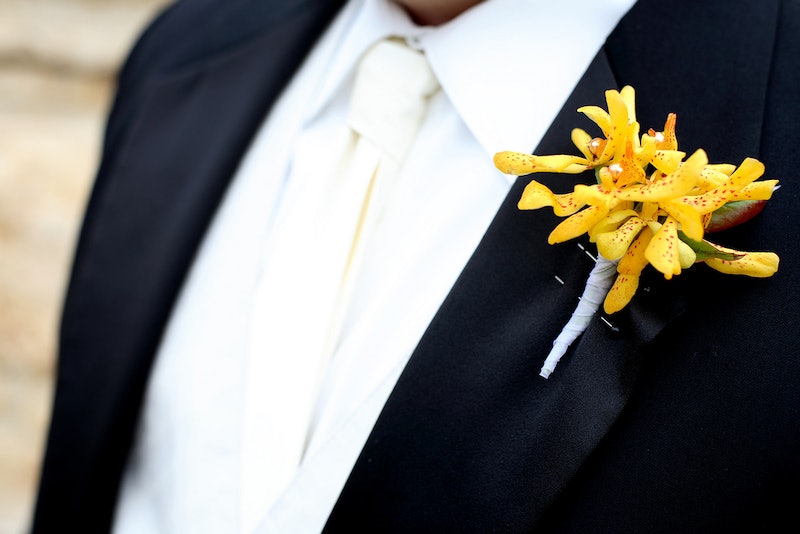 A video of a Glenelg High School student's recent promposal to a peer with Down Syndrome has been going viral, with teasers like "This is so incredibly sweet!" drawing us in. A basketball star's Taylor-Swift-inspired promposal to a girl with Down Syndrome elicited similar "how sweet" comments last week. And back in January, a promposal to a girl with Noonan Syndrome also went viral, with fox2now's headline warning readers, "your heart will melt." But while these stories are all wonderful, is the media's framing problematic? By jumping on board with the easy, heartwarming, shareable nature of these stories, are we glorifying teens for doing what should be considered human decency?

It's great that these disabled students weren't excluded from prom because of their disabilities. But inclusion in social events should be viewed as a right, not a privilege. Media outlets that treat promposals to people with disabilities as newsworthy might as well use the headline, "OMG Somebody Actually Wants To Go To Prom With These People." These stories "other" their disabled subjects — because if they were viewed as equals to other students, there would be nothing newsworthy about the promposal — while objectifying them as props in a show orchestrated to demonstrate the compassion of the teens accompanying them to prom.

Nobody should feel as if anyone is doing them a favor for spending time with them. But despite recent efforts to humanize people with Down Syndrome, such as through Becky's storyline in Glee, this is how people with disabilities and other conventionally "undesirable" traits are constantly made to feel by the media and their peers. In a powerful essay on Ravishly, Little Bear Schwarz describes the message she has received that, as a woman with a beard, she should feel lucky for any romantic interest she can manage to garner:

There is an expectation among people like me whose appearance is deemed “othered.” Take your pick: chubby, hairy, bearded, tattooed — whatever it is, when the opportunity for affection comes along,

Hang on to it, and do your best not to fuck it up, because you’re lucky you’re getting any affection at all.

It's unclear how the students doling out these promposals were thinking about them or how the students with disabilities reacted off-camera. Maybe the promposers considered themselves altruistic and basked in the attention they earned for only further objectifying people with enough social challenges to deal with already. But maybe, they were just asking their friends or love interests to prom before the media appropriated their acts of genuine interest as acts of charity. Indeed, Trey Moses, whom Seventeen heralded as a hero for asking a friend with Down Syndrome to prom, simply described her as "my best friend" on Twitter.

And Maisy, the girl who promposed to a boy with Down Syndrome named James in their school's auditorium through a pep-rally song, may have put him uncomfortably in the spotlight, or she may have simply asked him to prom in a creative, appreciated way.

Roosevelt Mitchell III, an author and disability scholar at Lindenwood University, told Bustle he views Maisy's promposal as “fantastic because it creates a memory of a lifetime," as it could for anyone regardless of ability. But the media's narratives of lucky students who were able to go to prom despite their disabilities are "perpetuating the idea that people with disabilities need to be pitied," Jessie Male, a disability studies scholar at Ohio State University, told Bustle. Furthermore, noted Male, these stories quickly became about "how amazing the asker is."If you're having trouble understanding why this framing is problematic, imagine if it made the news when someone wanted to go to prom or anywhere else with you. Imagine if the headline read "This Promposal To A Teen With [Insert Trait You Are Insecure About] Will Fill Your Heart With Joy." This wouldn't seem fair, because you deserve to be treated like a person worthy of other people's time, right? Well, so do people with disabilities. So let's stop patting ourselves on the back for treating them like humans.