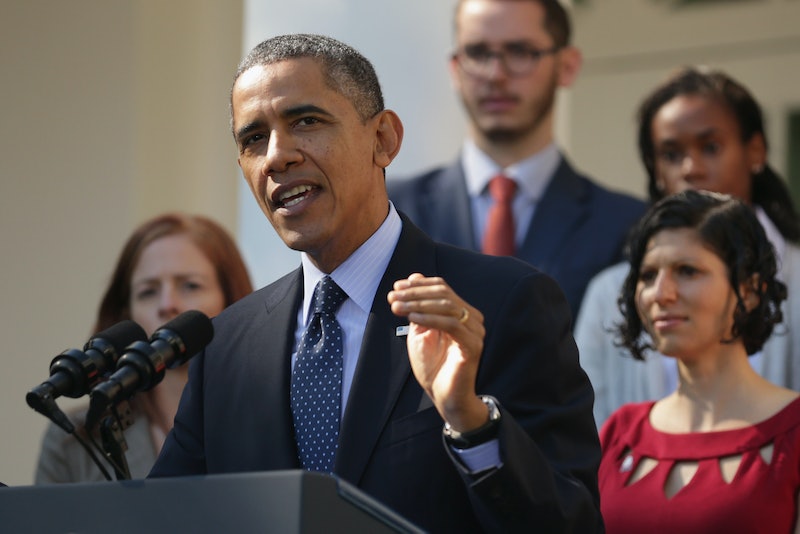 Fueling the growing criticism of the Obamacare website (and, by extension, the entire Affordable Care Act), a data center critical for Healthcare.gov experienced connectivity issues Sunday, affecting online enrollment in the program for all 50 states, the latest technical glitch in the already glitch-filled roll-out. The data center, operated by Verizon's Terremark, shut down early Sunday, causing it to lose connectivity with the federal government's data services hub — without the hub, consumers weren't able to actually complete their online applications, or even figure out their eligibility for subsidies.

“Today, Terremark had a network failure that is impacting a number of their clients including HealthCare.gov,” U.S. Department of Health and Human Services spokeswoman Joanne Peters said late Sunday. “Secretary Sebelius spoke with the CEO of Verizon this afternoon to discuss the situation, and they committed to fixing the problem as soon as possible.”

"Our engineers have been working with HHS and other technology companies to identify and address the root cause of the issue," echoed Verizon spokesman Jeff Nelson.

Ironically, the breakdown came only a day after HHS Secretary Kathleen Sebelius had lauded the hub's ability to speedily go through complex calculations, pulling it out as an example of one successful part of the troubled system. These most recent technical difficulties will put even more pressure on Sebelius, who is already dealing with Republican calling for her resignation, and who is set to be questioned by the House Energy and Commerce Committee about her part in the website's issues on Wednesday.

And lawmakers on the other political side are also getting increasingly worried about the website's malfunctions. On Sunday, Democratic Sens. Joe Manchin of West Virginia and Jeanne Shaheen of New Hampshire, called on the administration to consider extending the open enrollment period (which is due to end on March 31), as well as temporarily waiving the financial penalty for Americans who don't carry insurance — a key part of the Affordable Care Act. (According to a senior official, the White House isn't interested in reconsidering at all.)

“We think it’s not something worth contemplating because 1) we think we can achieve our targets and 2) there would be a market impact that we think would be highly problematic,” the White House official said. “This is not the time to be discussing that at all. This is the time to be addressing the system and then getting the enrollments up, which we think we will easily be able to do.”

The administration hopes to enroll an estimated 7 million people by the end of March— and it's important that it be a mixture of the young and healthy as well as the sick and old. As Politico points out, if the healthier people are, for some reason, entirely put off by the technical difficulties the website keeps having, then only the people who need and use insurance the most will end up signing up for the plans. That would, in turn, increase the medical expenses in the plans, and potentially, have a huge impact on next year's rates. But, hey, we're the tech generation, aren't we? We can handle a few bugs.