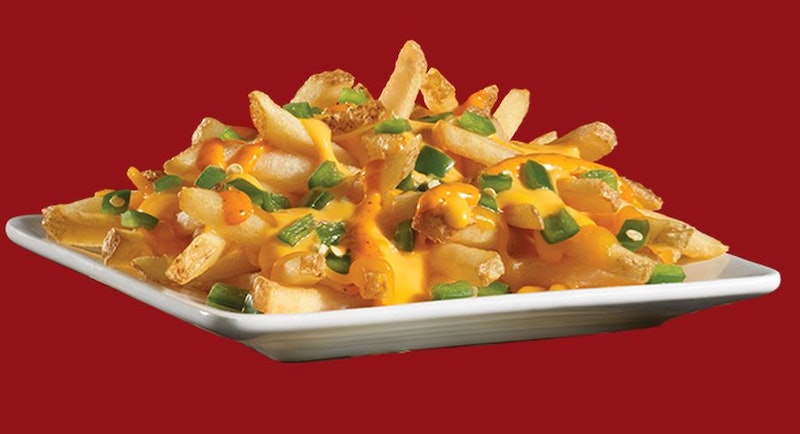 Currently on my list of things to do as soon as possible is to track down Wendy's new Jalapeno Ghost Pepper Fries and Jalapeno Fresco Spicy Chicken Sandwich. Why? Interestingly, it's not because I particularly enjoy fast food; indeed, even though I write about it an awful lot, I don't actually eat it that frequently. But ever since news of these allegedly super spicy offerings hit the Internet, all I've been thinking is: I need to find them. I need to find out if they're as spicy as they claim. And then I need to share the results of my experiment with as many people as possible. For science. So: When can we get Wendy's Ghost Pepper Fries?

...Unfortunately not yet — or not unless you're really lucky. According to the teaser trailer currently posted on Wendy's YouTube channel, they're not dropping until April 20. That's three whole days away (and, coincidentally, is also the release date of the Ben and Jerry's BRRR-ito and… well, 4/20). Curses! But there's hope yet — Brand Eating reports that although the national launch isn't until next week, they're actually already available in some areas. Where? It doesn't say. But if you feel like being adventurous, you can always head to a Wendy's this weekend and find out whether you're one of the lucky few (which, by the way, is exactly what I plan to do).

In the meantime, though, the rest of us will just have to content ourselves with whatever other ghost pepper-spiced things we can actually find. Why not give these options a shot?

Actually, no — I can't in good conscience recommend that you eat an entire ghost pepper. Or even part of a ghost pepper. Not unless you're absolutely prepared for it, and you know exactly what you're getting into. Those things are mind-numbingly hot (and, y'know, tongue-numbingly hot, too).

If you, like myself, shy away from putting an actual ghost pepper in your mouth (I mean, I like spicy things, but there are limits), then maybe just go for some hot sauce instead. It'll still be pretty ridiculous, but at least it'll be tempered a tiny bit by all the other ingredients, too.

Salsa's an option, too. In fact, I'm putting some on the nachos I'm planning on eating for dinner tonight.

Like pepper jack? Then why not give ghost pepper jack a try? It looks pretty, too. Consider that a bonus.

At almost $50 a bottle, it's not exactly cheap — but then again, given the uniqueness of the experience, that's to be expected. Gizmodo tested it out, so head on over there if you're curious about how it tastes. Spoiler: Milk chugging occurs.

J&D's doesn't just make bacon-y things; they also make ghost pepper-y things and cheesy things. This is apparently what happens when you blast nacho cheese popcorn with a ridiculous amount of spice.

These gummies come in variety packs featuring three different flavors: Green apple jalapeno, orange habanera, and cherry ghost pepper. No, I do not know whether the fruit flavors actually mix well with the pepper flavors. But that doesn't really matter, now, does it? Because ghost pepper gummies.