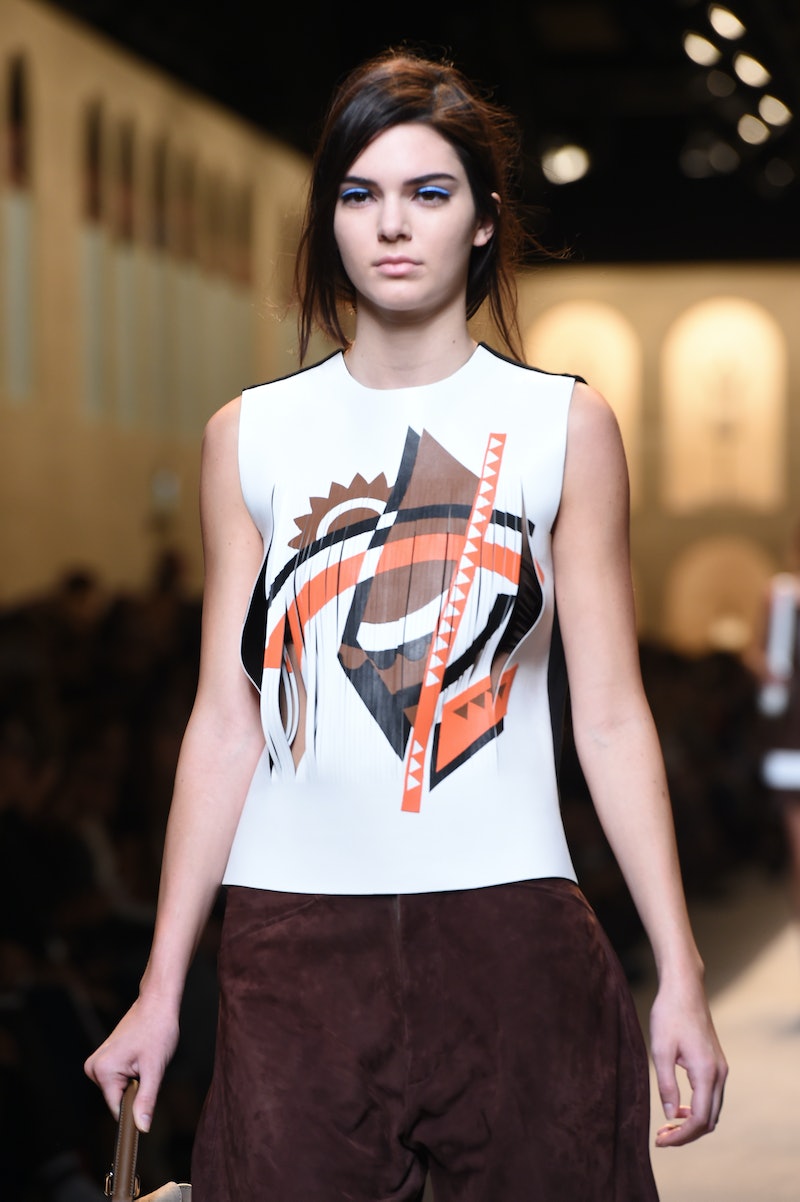 Dang, Kendall Jenner is on a roll lately—if she’s not owning Fashion Month along with her BFF Gigi Hadid, then she’s posing in her Calvins or a teeny, tiny white bikini on the cover of GQ. And here's her latest accomplishment: According to Fashionista, Kendall Jenner is modeling for Fendi's latest campaign, along with with Lily Donaldson.

If you have a keen eye (or follow Kendall and Lily on Instagram), you’ve probably noticed Jenner has been hanging around Donaldson a lot lately. Earlier this week, Chaos of Fashion posted a picture of the two models laying on the floor, lounging around in matching blue fleece robes. In the photo, they both look at ease with one other on their phones—just a regular 'ol girls hangout! But no, not quite. Fendi reposted the picture on their Instagram with a tongue-in-cheek caption, “Hard-working supermodels @kendalljenner and @lilymdonaldson backstage at the #Fendi campaign photo shoot #regram @chaosoffashiondotcom.”

The two have clearly been having some fun on and off set as they've both been posting pictures to tease the upcoming campaign. Based off their matching fuzzy unicorn boots and identical winged eyeliner, it seems like Fendi might be going for a fantasy vibe with this campaign.

I'm so stoked to see the release. Check out the two friends smurfing it up behind the scenes for the Fendi photo shoot: