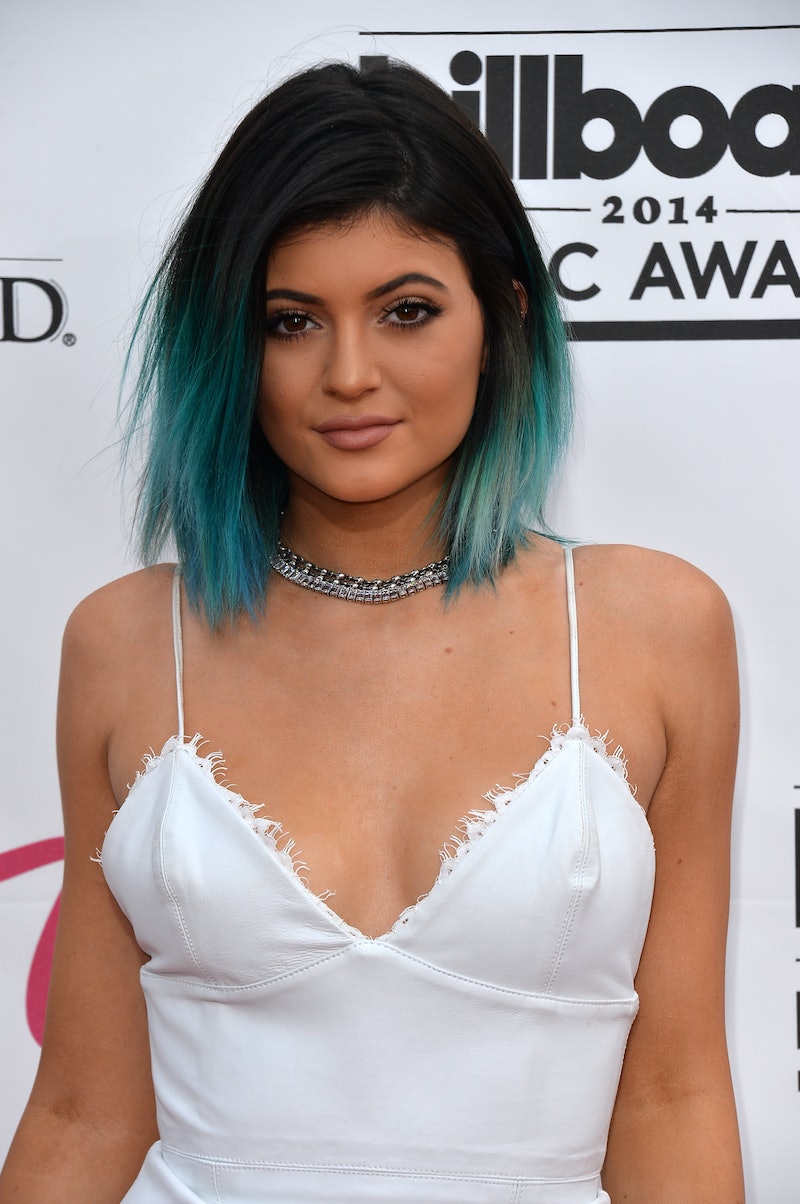 Kylie Jenner dying her hair an unusual color isn't exactly surprising, however, the 17-year-old revealed a new, shocking hair color on Instagram this week that definitely threw me for a loop. Kylie Jenner now has pink hair, which she previously insisted she would never do.

Jenner told Style.com earlier this year that she'd "probably never go pink or purple because blue is [her] thing." Well, it turns out pink is also her thing. When you change your hair color on a monthly, if not weekly, basis — not to mention have unlimited access to hair stylists, wigs and extensions — it's easy to branch out of your normal color palette. In Jenner's case, this new 'do is clearly not a long term commitment.

It's only a matter of time before Jenner moves on from pink. My guess is that she will be back to black as soon as Coachella is over and will pick a new hair color shortly after that. The real question is: Will she ever go purple? That's only other color she said she would never do, but something tells me she only said that to throw us off her trail.

Only time will tell, but I have a hunch purple is next.