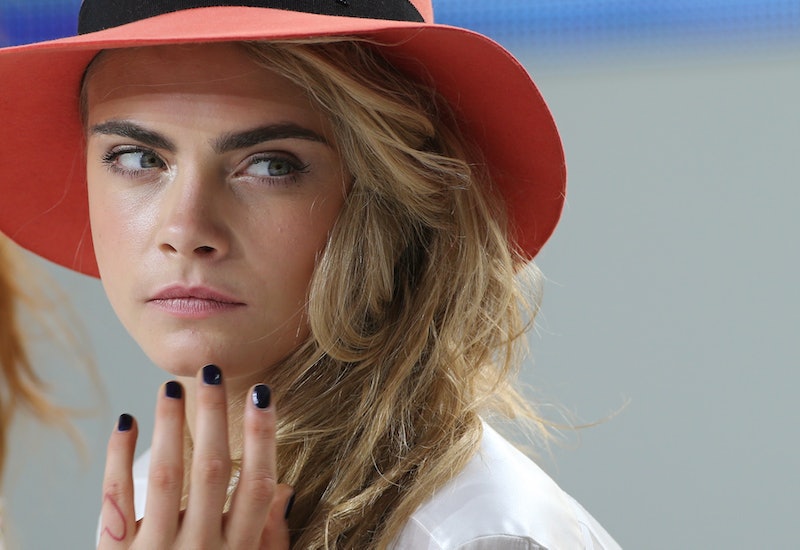 Models sometimes get a bad representation when they decide to step off the runway and branch out, career-wise. They are often objectified and silenced, which is extraordinarily unfortunate since they often are beyond talented in fields other than fashion. Our favorite model-of-the-moment is facing such problems now. Cara Delevingne refuses to take certain roles as she delves deeper into acting.

Delevingne, who revealed awhile back that she'd be letting her modeling career take a back seat to acting, revealed to Harper's Bazaar, that she has already come up against some obstacles in trying to pursue film.

"And as soon as I became a model, I was being sent typecasting roles as the stupid blonde who gets killed really quickly, or the sexy girlfriend, or whatever. Roles I would rather die than play."

Being very particular about the roles that she will take on, she is already slated for upcoming films that will certainly put her acting chops to the test — The Face of an Angel, Suicide Squad, Paper Towns and Pan. And acting and modeling aren't the only skills on her resume. Delevingne is also a pretty good drummer and singer.

Models have certainly proved that they are more than just long legs and pretty faces. Karlie Kloss recently announced that she would be taking a break from modeling to enroll at NYU next fall. Other models such as Tyra Banks also went on to have successful acting careers and pursue education after getting their start on the runway. These are just a couple of examples, of course, but Delevingne definitely has some people to look up to during her modeling hiatus. And let her Chanel film with Pharrell prove that she has some acting techniques up her sleeve.