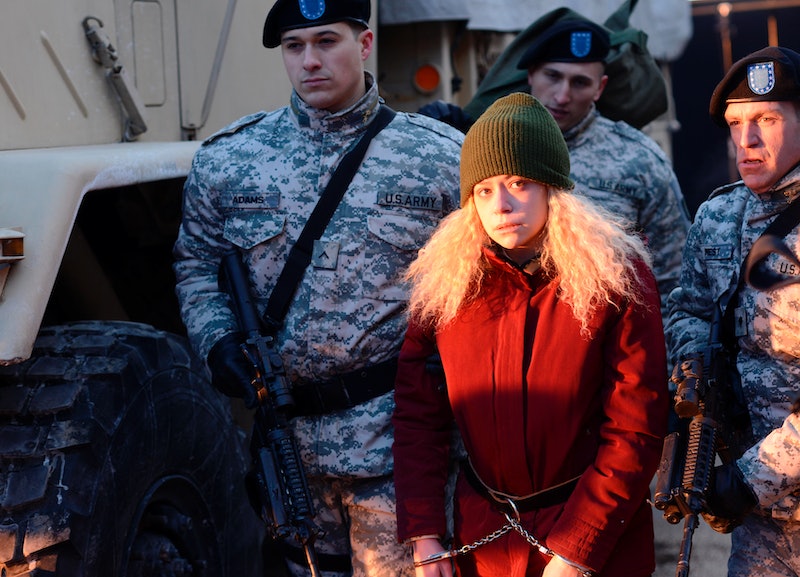 Know that Friends episode where Joey gets mad at Chandler, so he puts him in a large box as punishment? That's basically the same scenario Helena finds herself in at the beginning of Orphan Black Season 3. Helena is trapped in a giant box. Except that it's not as funny as Friends. Instead, it's insane. Why is she trapped in a box? Where is Helena trapped in this box? Wherever she is, there are scorpions, but that's the least of her worries. She's now in the clutches of Project Castor.

The end of Season 2 had Mrs. S — Sarah and Felix's adoptive mother — trading Helena for Sarah's safety. Helena is taken away by Project Castor, who's in charge of the newly introduced male clones (and remember, Project Castor is run by the government). What they want with Helena, we have no idea. Like, not even the slightest idea at all. I'm going to assume that it has something to do with the fact t hat she and Sarah are material twins, and Sarah can have kids while none of the other clones can. Helena might be pregnant herself, actually. It's hard to tell, because she spends the entire episode IN A BOX.

She's not alone in this box. There's a scorpion in there with her. Is this some sort of test to see how she deals with pressure? Is this a cruel joke? Or could it all be a hallucination? See, the scorpion is actually talking to her. It tells her that she's being "tested again" only this time, she's "carrying a child. So... guess we can assume she is in fact pregnant.

In the end, does she pass her test in the box? Maybe. She's in it for 48 hours before an unnamed woman orders her out. According to IMDB, this woman is Dr. Cody. What Dr. Cody wants with her remains a mystery. But, there is a male clone standing with Dr. Cody, so whatever about to happen to Helena, it's probably not good.