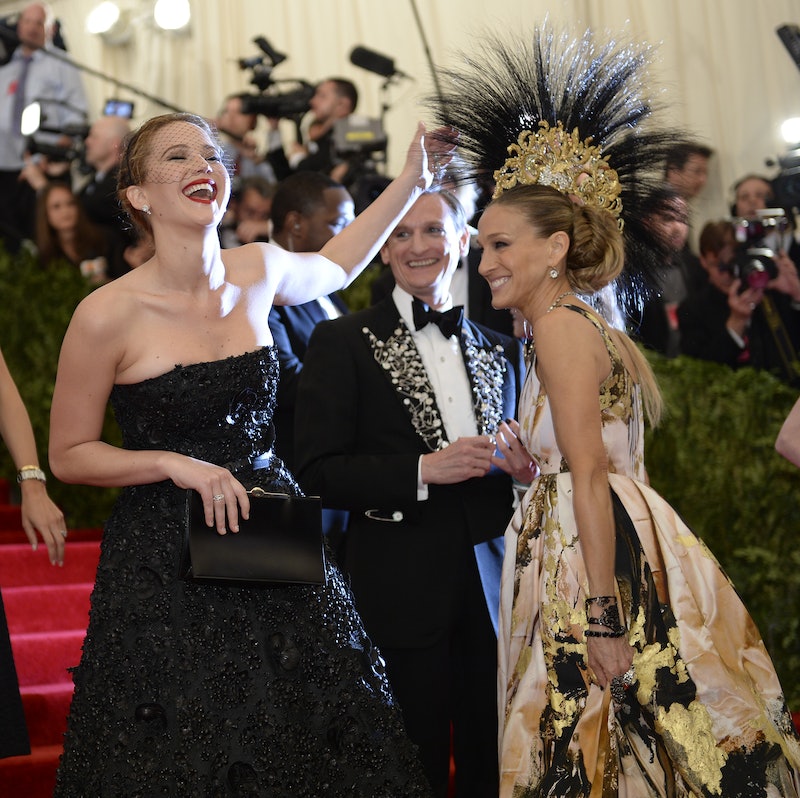 Our favorite annual celebration at the Costume Institute is slated for May 4th, and anyone who is a fan of fashion knows that it tops all red carpets of the year. So it is only natural to ask: What will celebrities wear to the Met Gala? After all, some of our favorite attendees come out for a night of mixing and mingling in some of the most show-stopping looks to date — and let history prove that each year definitely gets better and better.

Every celebrity from the music industry, to the art world, and of course from the fashion industry ascends up the steps of the Metropolitan Museum of Art each year, pausing for the cameras. Unlike the usual awards ceremonies that we're often able to watch on television from pre-shows to the actual performances, the Met Gala is a pretty sacred event, only allowing us fanatics of fashion to wait for the photos to hit social media. But, when they do, we are immediately awed, because seriously no one else could rock a jumper at a gala like Cara Delevingne can. As we prepare our timelines for the awesome fashion moments of the fashion event of the year, here are a few ideas of what our favorite fashion girls might be wearing.

The celebrity, known to her Instagram followers as Bad Girl RiRi, has had quite a year, but her Dior news definitely took the cake. Rihanna always makes a statement, so it wouldn't be a surprise to see her in this striped-out pants suit by Dior.

Sarah Jessica Parker's looks always teeter on the line of extravagance and minimalism. Since she doesn't have to host this year alongside Anna Wintour, Parker might go bold with color, but minimal in extravagance.

The Queen Bey's looks are always changing, but she always sticks to a pretty strict silhouette that accentuates her curves. This number from Jean Paul Gaultier does just that.

May we never forget the time Cara Delevingne wore pants to the gala. Of course, we'll never forget and we're only hoping that she'll repeat that look once more, opting for black instead.

Lupita Nyong'o continually stuns on the red carpet in flowing, brightly colored gowns that couldn't be worn by anyone but her. Her looks often involve dresses that accentuate her collar bone and shoulders, and are often in bright hues, making this Ralph Lauren look so worthy of the Met.

Our favorite women's empowerment activist is always classic and put together. This sweet piece from Elie Saab is a match made in heaven for the sweet and mighty Ms. Watson.