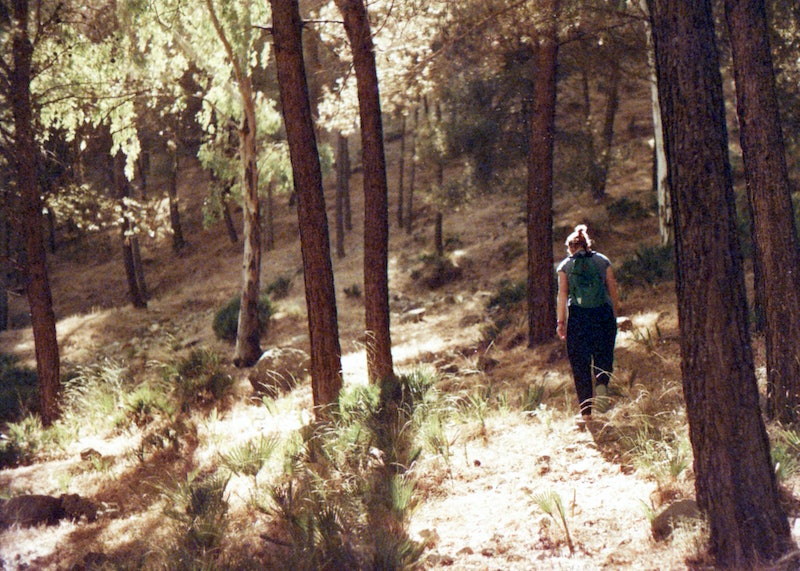 One of the most misunderstood facts about human emotion is this: fear does not mean desire to avoid. Indifference is the desire to avoid. Fear means not knowing how to approach something of interest. It means we recognize something that we want, and can, in equal proportion, identify what it would mean to lose that thing — so our defenses spike. We try to protect ourselves from the pain of what it would mean to fail. The imagined love of having is proportionate to the feared pain of losing.

I think that most of us assume the only benefit to "facing your fears" is simply to be a little less afraid of them. A little more "Oh, I've done this... I know it'll be OK." So we won't actually go out of our way to do them. As long as we're more comfortable than not, we'll maintain our homeostasis. (It is the truest and most unfortunate aspect of human character: we will not change until not changing is the less comfortable option.)

But sometimes, things call us too deeply to keep us comfortable. We're plagued with this incessant discomfort, this need to do something else, something more. To tell someone how we really feel, to be honest about who we are. Even when we can't articulate or define exactly what it is that keeps us so uncomfortable and dissatisfied each day, we know there's something else out there, and yet fear keeps us from exploring what that something and where that somewhere and who that someone could be.

The more we ignore these calls, the more anxiety-inducing they will become. The fear will compound. Our inaction will affirm to us that, indeed, the thing in question is scary and should be avoided. We'll fall so far into the trap of believing our own panic, that we'll begin to disregard why we're interested in the first place. If we could identify any benefit in the first place, it will all but become obsolete, in the face of having to face such a potentially debilitating thing.

But rarely do "these things" actually have debilitating consequences. Actually... they rarely ever do. If something were genuinely to throw us off the course of our lives or hurt us in some irreparable way, we simply would not acknowledge it. (Think: the opposite of love is indifference.)

You have to do the things you think will kill you.

If it feels like doing that thing is beyond the threshold for which you could bear, it is the right thing to do. Most people don't have magic in their lives because they won't do the things they think will kill them. Most people don't have love and light and miracles in their lives because they think their fear can protect them, or guide them even.

Everything you love, you lose eventually. It's not a matter of whether or not you'll lose it. It's a matter of the meantime. If you never do that one thing you think will kill you... you are not guaranteeing that you won't lose something.

You are guaranteeing you will never have it in the first place.

You must lean into your life. You must recognize that if it's admitting you have a problem that scares you, it's because you know how good recovery could be, and you don't want to heal and then regress again. If it's opening up to love that scares you, it's because you know how deep your heart could hold someone, and you don't want to let them in then lose them. If you fear starting a new job or beginning a company or leaving the monotony of the life that was all but chosen for you, you know that there's a whole new existence on the other side... one you don't want to be responsible for messing up, if you do.

Fear is not wanting to do something. Fear is realizing the risks are high. But they are worth it.

Because you know what's scarier than maybe losing love, or maybe failing at a job, or maybe regressing or relapsing? Never having loved in your life. Never having tried. Never having healed. Never knowing what it means to be better, and be OK.

You will lose every last thing in your life, eventually. Nothing is here to stay, not even you. The question really is: what scares you more? Being fearless for a moment and diving into the life that was always yours... or never doing anything at all?