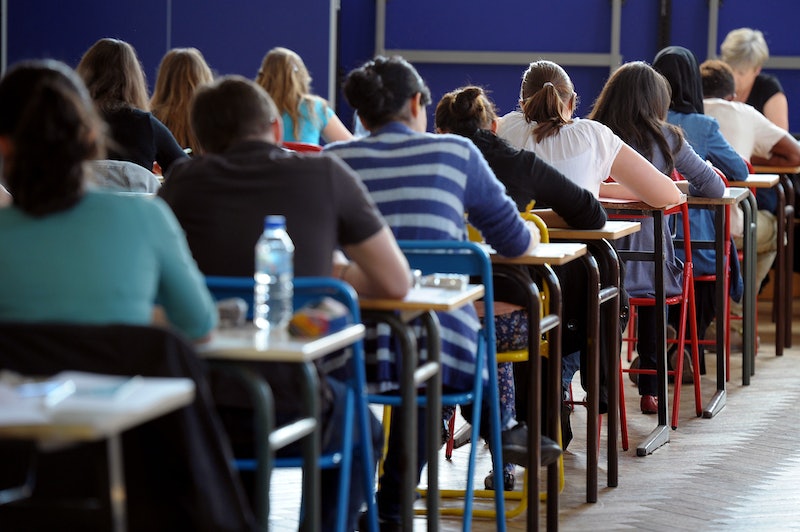 A growing movement of parents and students opting out of Common Core testing has gained traction in New York. According to the New York State Allies for Public Education, current numbers from 67 percent of districts statewide show that 180,227 students have opted out of the English Language Arts test. It's not ELA in particular that students and parents have a problem with, but rather what they say are the test's implications for teachers in which scores have been linked to teacher evaluations through New York legislation. Thus, a student's poor test performance may be detrimental to a teacher's evaluation. Others claim Common Core tests themselves also take a considerable toll on students. But it's worth noting the main claims are against the Common Core tests, not the standards themselves. A Gallup poll last October showed the majority of teachers were in favor of the Common Core standards and their goal, but said it was the testing that was problematic.

In an op-ed piece in The Washington Post written by South Side High School Principal Carol Burris of Rockville Centre, New York, Burris recounts teachers' dismay that tests were well above required grade level and emotionally painful for students. Teachers had written to Burris saying that their students were in tears over particularly difficult reading comprehension passages, one of which was from a book that has a grade level of 5.9 despite being on a third grade level ELA test.

In addition to alleged problematic material, the sheer number of tests in pre-kindergarten through 12th grade has brought Common Core backlash to the forefront. According to the Council of the Great City Schools, students graduating from high school will have taken more than 100 standardized tests on average in their academic career. Many parents, however, aren't opposed to using tests to measure a student's project. They simply feel that the Common Core test isn't the most effective of standardized tests. Liza Ezbiansky, whose daughter attends P.S. 321 in Park Slope, was surveyed by the New York Post and stated that her family opted out of Common Core tests because the tests' focus felt more skewed towards "executing and functioning, how well the kids can stay organized and actually complete the paperwork of the test versus actually understanding anything."

The New York Post surveyed Ezbiansky as well as a whole mix of parents whose children opted out of the test, were conflicted, or took the test anyway. Of the four parents quoted in the piece, all but one questioned Common Core's efficacy. But the teachers in favor of the Common Core who were surveyed for the Gallup poll argued that the Common Core allows children across American to be held to the same standards and also allows them to receive the same educational opportunities. An unnamed Pennsylvania high school teacher said:

The idea that we should be raising expectations for all students is most positive.

Regarding the consequences of opting out of testing, federal funding may be withheld if at least 95 percent of students have not successfully tested in three consecutive years. According to a statement released by Department of Education Press Secretary Dorie Turner Nolt:

It is the responsibility of states to ensure that all students are assessed annually because it gives educators and parents an idea of how the student is doing and ensures that schools are paying attention to traditionally underserved populations like low-income students, students of color, students with disabilities and English language learners. The Department has not had to withhold money – yet – over this requirement because states have either complied or have appropriately sanctioned schools or districts that assessed less than 95 percent of students.

Numbers across the country have yet to be fully reported regarding Common Core opt outs, and students will begin taking the math portion of the test this coming week.