Since Season 7 of The Real Housewives of Atlanta is basically over, and only have the reunion special left, it's time for some old storylines to get wrapped up already. And for one glorious moment, Mama Joyce apologized to Todd and his mother, the recently deceased Sharon Tucker, who did not appear in the episode. Once again, she did try to claim that it's okay that she talked major sh*t about Sharon because she "heard" someone say those things, but Todd was not having it this time. In his talking head segments, he basically said this apology didn't matter to him at all, but until now, Mama Joyce wasn't even willing to say that she had messed up to his face, and at least she admitted that even if you do hear something "on the streets," you don't need to instantly repeat it to everyone you know, including a television crew. Thank you. That's a good first step.

But I can understand why Todd is still skeptical, because this does come just in time for the first trailer for Kandi's Ski Trip , a new spinoff for the Burruss/Tucker family. I love saying "I told you so," so please, allow me to say it now: I TOLD YOU SO! Kandi's spinoff, which I handily predicted would be in the works after the last episode, will premiere in three weeks, after the three-part reunion. It follows her, Todd, Riley, and Mama Joyce as they travel to Colorado for, well, a ski trip. Atlanteans aren't accustomed to very much snow, so I'm sure there will be a lot of fish out of water humor attempted. 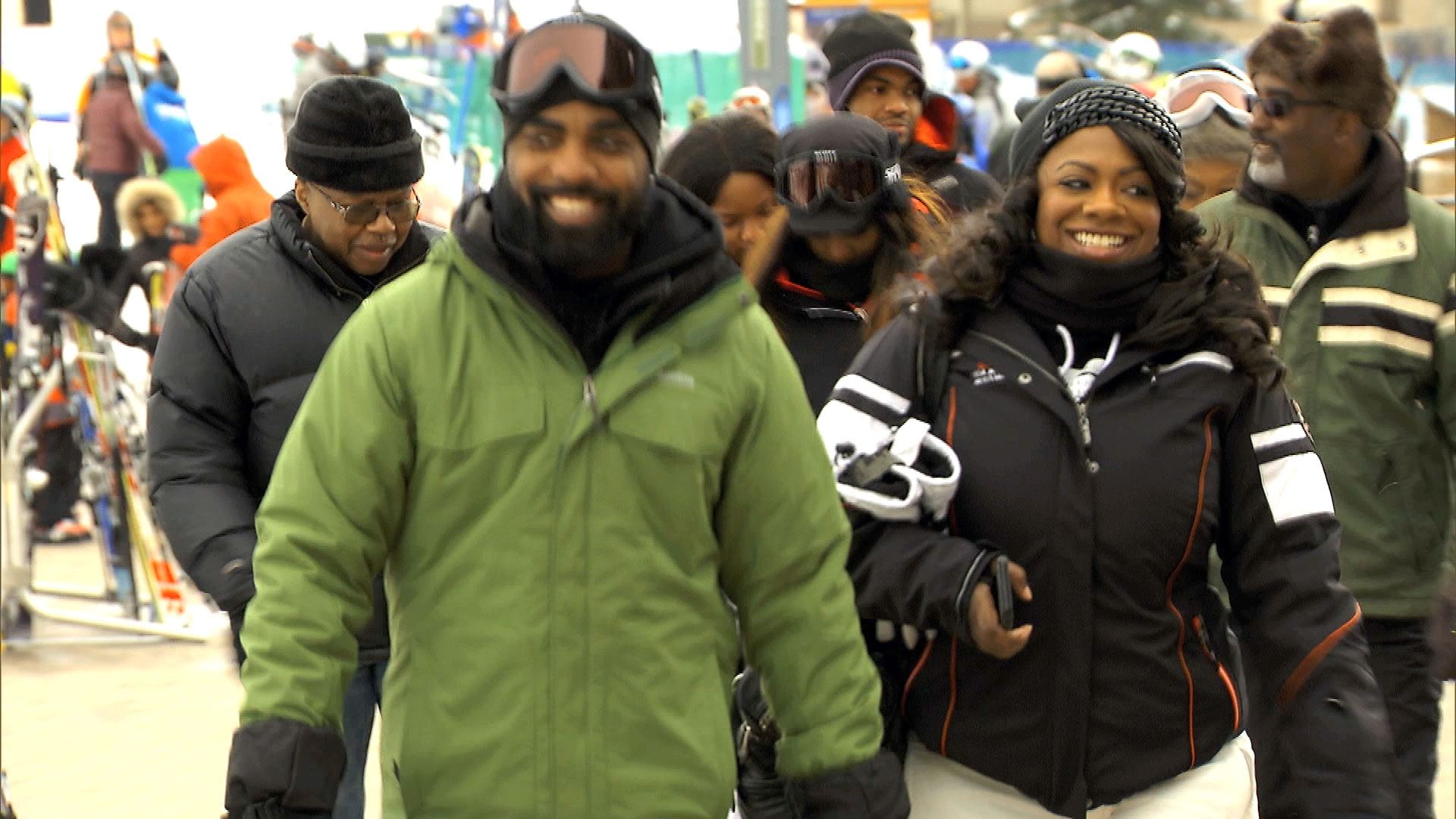 And the other big bombshell that dropped was that Kandi will be going to LA for "a few months" with Todd and Riley. Hmm, the ski spinoff is only for three episodes, but that LA trip sounds like it could be worth a little bit more than that. Kandi's season closing captions said the trip is "on hold," but that could be because they don't know the right angle for the new series yet. Kandi and Todd Take Hollywood? A permanent move and subsequent addition to Real Housewives of Beverly Hills? That needs to happen.

Also, telling this to Riley for the first time at a crowded family dinner that's being captured by the Bravo cameras didn't seem like the most considerate decision to make, especially since Riley is the most well-behaved teen I've ever seen. Maybe Kandi's Ski Trip will be her chance to act out a little bit. She can't throw wine, but maybe some seasonally appropriate hot cocoa? Either way, at least we got that Mama Joyce apology to Todd before all four Burruss-Tuckers are trapped in a ski lift.