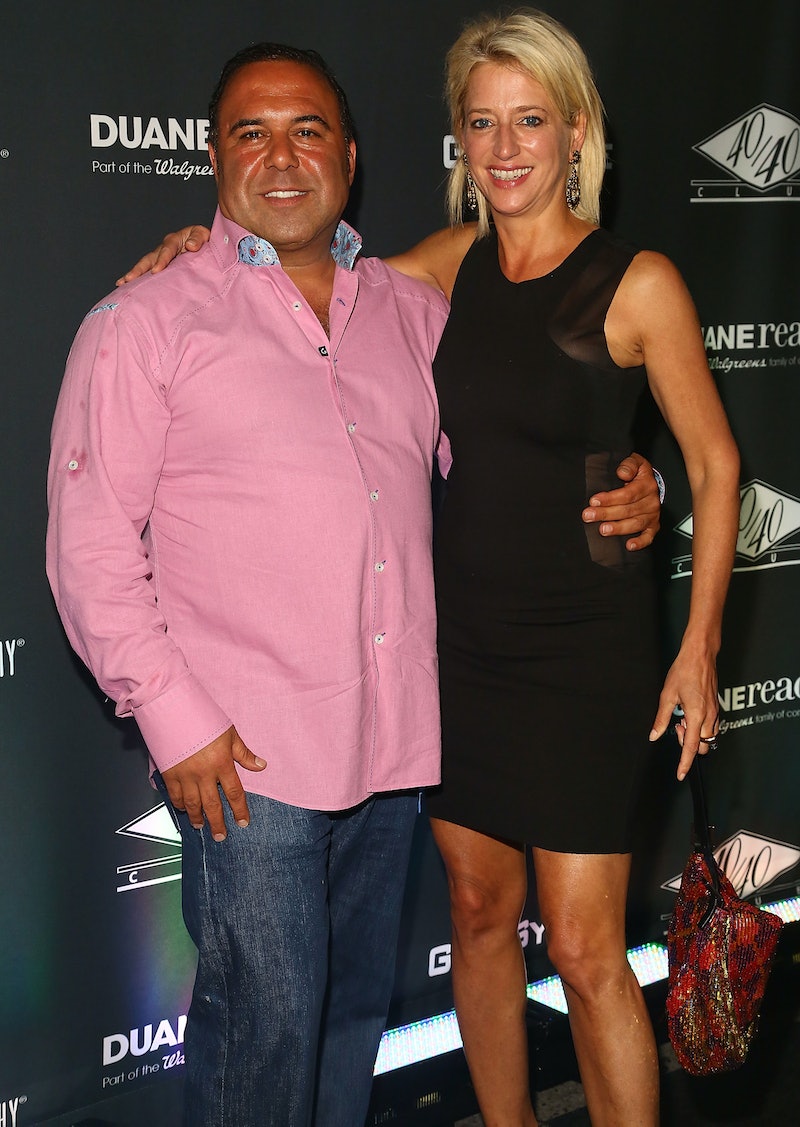 Dorinda Medley is the newest sparkplug to jump into the Real Housewives of New York franchise, and I’m certainly looking forward to watching her shake things up all season long (and maybe next season, too). Since she’s my new , I want to know everything I can about her, including her love life. Who are Dorinda Medley’s ex husbands and what were they like?

According to Dorinda’s bio on Bravo.com, Dorinda was married to a Scotsman for about ten years, moving to London with him and giving birth to a daughter named Hannah (and a cashmere company, which she’d later sell when she headed back to New York). But who is this mysterious Scot? If Dorinda has wanted to erase the Internet history of her marriage to this man, she has nearly succeeded and she should teach us a few things about how to get around Google. Bravo to you, Dorinda — there are a couple of exes I wish I could also erase from the Internet. Would love some tips. Anyway, according to OkHereIsTheSituation (we can't take this site's word as gospel, but it's literally all I have), Dorinda's ex-husband's name is Ralph Lynch and he works at Raytheon, a company that makes missiles and the like.

The New York Post reports that after Dorinda left London and moved back to the United States, she met former George Soros partner and hedge fund advisor Richard Medley when she was selling him some property in New York City. The two fell quickly in love and were married in 2005, according to New York magazine. Unfortunately, according to Bloomberg, he passed away in 2011 following a “brief illness.” Dorinda greatly admired her late husband, telling Bloomberg, “Richard treated the water boy at Jackson Hole the same exact way he treated the finance minister of Japan. He never made anyone feel uncomfortable.”

Today, Dorinda is dating John Mahdessian, president of Madame Paulette (a high-end dry cleaning store in New York City), and he better treat her right: Dorinda is quite the lady! Just in case, here are some qualities that I think Dorinda’s next man should have. I got your back, girl.

He Needs To Be Patient

Dorinda is friends with Ramona Singer, a woman who is known singularly for loving Pinot Grigio and dancing to something called “Turtle Time.” Double dates out with Ramona and any new beau of hers could be a little grating for anyone, so any man of Dorinda’s has to be able to handle her friends, including Ramona. A set of earplugs and that aforementioned pinot would probably help things a lot there.

He Needs To Be A Good Listener

It’s not up to me to decide if the fights on Real Housewives Of New York are real. It is up to me to watch, and it would be up to any man of Dorinda’s to lend her an ear when she wants to talk about the crazy things Heather said to her or the silly storyline the producers are trying to make happen.

He Needs To Be Fine With The Spotlight

For better or for worse, being on a reality show thrusts its subjects into the limelight, and many reality television stars can’t handle the instant rushes (and downfalls) of fame. Sure, all of the people on these shows have money, but it’s the ego that eventually crushes him. Dorinda’s beau would need to be able to deal with the paparazzi and endless speculation into his personal life. Not exactly an easy thing to do.

He Needs To Be Independent

From the looks of it, Dorinda doesn’t need any man telling her what to do, or worse, enveloping a Simon Van Kempen-esque death grip on her leg. Don’t go out without me! Bring me along to hang with your friends! Why are you leaving me? Dude. Dorinda isn’t playing for that, I can tell you that now. A potential suitor must have his own life that he’s happy to intermingle with Dorinda’s.

Dorinda is a queen among RHONY peasants (and one countess, too, I guess). She needs to be treated as such, bottom line.