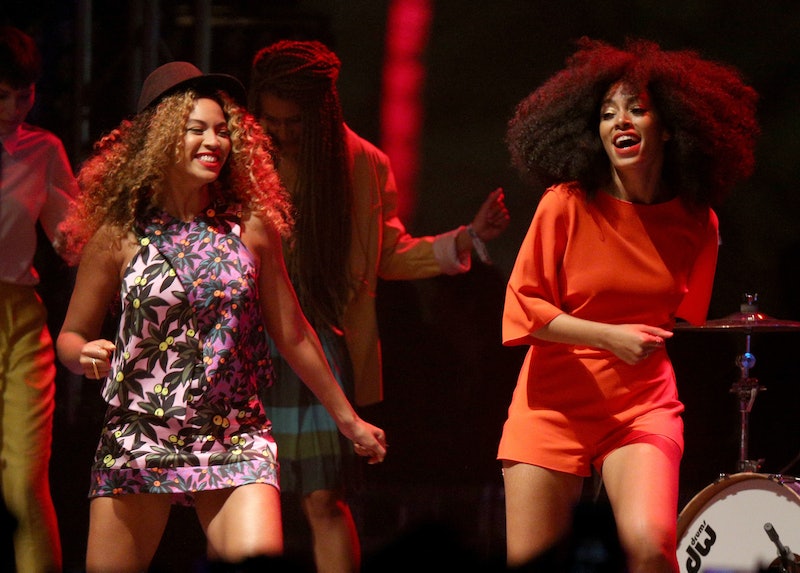 As someone with a sister, I can attest to the fact that it is, indeed, amazing. Yes, they can be a bit of a pain sometimes (especially when you're dealing with a younger sister who just won't leave you alone when you're little) and of course, sibling rivalry just comes with the territory. But overall, a sister is the best gift your parents can give you. Not only does it offer two closets (or more) to choose from when you're growing up, but as it turns out, having a sister is beneficial to both your physical and mental health, too.

Multiple studies have found that having a sister has a positive effect on all siblings. They bring something to families that brothers alone don't seem to, and make for happy children who grow into happy adults. In other words, they’re quantifiably awesome.

So the next time you and your sister get into some raging spat over something you’re likely to forget in the next hour, remember that it’s just a road bump. In the long run, you’re healthier and happier because of your sister. Here are eight, scientifically-proven reasons why. (Now please, for the love of all that is holy, give me back that sweater you borrowed.)

A 2010 study found that people with sisters are generally nicer and more giving, even if they do bicker with them.

The study examined 395 families with more than one child, one of whom had to be between the ages of 10 and 14. The adolescent was given a series of questions regarding their sibling who was closest in age to them, and their answers were videotaped. The following year, the adolescents were asked the same questions and were recorded again.

Researchers found it that it was sisters who had the biggest impact on the adolescents when it came to how kind they were. While brothers also have some bearing on how a person will end up, the presence of sister appears to promote more likelihood of harmony.

Sisters, either older or younger, are a major factor in siblings having more positive emotions. A study from Brigham Young University found that people with sisters experience less guilt, loneliness, and feelings of fear overall than people without sisters. Interestingly, as they get older, they’re also more likely to talk about things they may not want to talk about with their parents.

It didn't matter the age difference between the siblings — just the fact that there was a sister amongst them seemed to limit negative emotions.

The Bringham Young study also found that people with sisters report a greater feeling of being loved than those without sisters. This was especially the case for adolescents who are going through a rocky period in their life.

4. Having A Sister Means You're Less Likely To Divorce

Research has found that the more siblings someone has, the more likely they are to handle their marriage and avoid divorce. According to professor of sociology, Donna Bobbitt-Zeher, with each additional sibling someone has — sister or brother, in this case — the likelihood of divorce is reduced by two percent. A possible explanation is that more siblings means more experience dealing with others and conflict resolution.

Not only do the siblings benefit from the presence of a sister, but so does the entire family: Families with at least one daughter are more likely to engage in conversation and express emotions, whereas sons tend to have the opposite affect.

6. Sisters Make Their Brothers Better At Talking To Women

As many of us who've dated guys with sisters know, studies show that boys with sisters can talk to women better, with less anxiety and more empathy, as they get older.

A study out of the University of Ulster found that having a sister also creates siblings who are more independent and set on achieving their goals. This is especially the case in broken homes where sisters are more likely to rely on each other than their parent, creating a support system amongst themselves.

The open lines of communication that come with having a sister means they also make us more balanced. According to researcher Tony Cassidy at the University of Ulster, "Emotional expression is fundamental to good psychological health," and sisters just naturally bring this to a family situation making for less stressed and more balanced siblings.