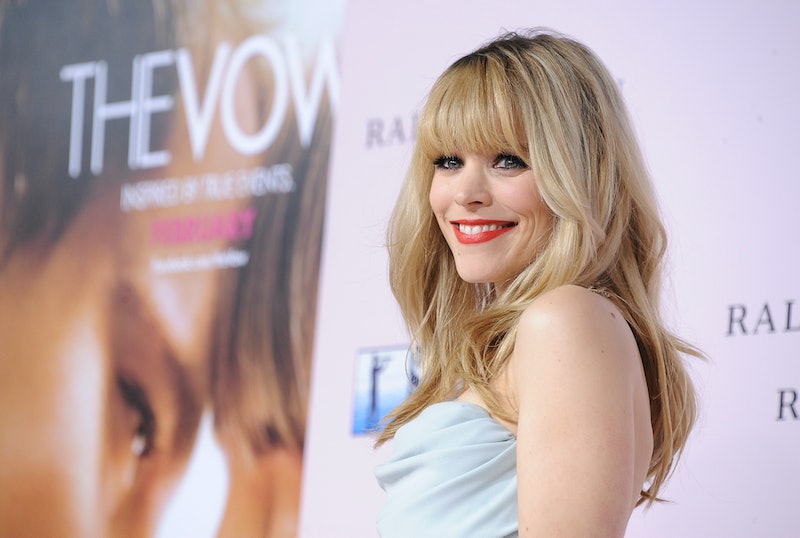 Rachel McAdams is truly the belle of the ball right now, starring as the first female lead in the highly anticipated second season of True Detective . If you came of age as a forsaken Millennial, Rachel McAdams will forever be, first and foremost, Regina George, the Plastics' queen. And you probably also know that McAdams originally wanted to play Lindsay Lohan's character, Cady Heron, which would have been a mistake of monumental proportions. No one can be as backhandedly mean as McAdams' Regina George, and no one can drive a convertible the way she can.

We might wonder what may have been when it comes to a world where McAdams played Cady, but this isn't the only role the actress almost took on. McAdams took a break from acting after her major roles in The Notebook and Wedding Crashers, and told The Times that she "never really wanted to be a movie star." This meant she turned down a lot of roles that ended up being huge ones.

It's a truth universally acknowledged that, obviously, McAdams is and was always Regina George and could never have been Cady, but what about those other parts she let go? Here are some of the movies that could have been McAdams-ed, in order of least to most disappointing.

Call me lame but I LOVE this reboot of Get Smart with Steve Carell and Anne Hathaway. Honestly, I am a sucker for cheesy, comedic spy movies. According to Elle , this one almost starred McAdams — presumably, she would have taken Hathaway's spot as Carell's skilled foil (and of course, later, love), Agent 99. This one could have been good with McAdams, but Hathaway did a great job anyway.

David O. Russell revealed that Jennifer Lawrence's Oscar-winning role as Tiffany opposite Bradley Cooper in The Silver Linings Playbook was a coveted one, and a bunch of eligible actors auditioned for it, including McAdams (believable), Zooey Deschanel (apparently the role was meant for her), and also, Angelina Jolie. Would have liked to see McAdams in this role — but it's hard to deny that J. Law did an amazing job.

It's actually very sad that McAdams turned down a chance to be in one of the greatest franchises of all time (sorry Fast and Furious). Not sure what role she would have played, but she could have been a part of hi-octane hijinx at the Vatican with Tom Cruise.

Though the thought of Rachel McAdams in a Bond film like this one is an amazing one, it's OK — we got Eva Green, who is equally as talented and gorgeous.

My quality of life has decreased today knowing that it could have been Rachel McAdams replacing Katie Holmes in Nolan's Batman saga. It was only a rumor, but still....

This one hurts, but I guess Anne Hathaway did her best opposite Meryl Streep. (I mean, this without snark, she was great). That said, Hathaway already had her great makeover movie with The Princess Diaries, and I would have loved to see a weird attempt at making Rachel McAdams look dowdy and then later, fabulous. That's all.