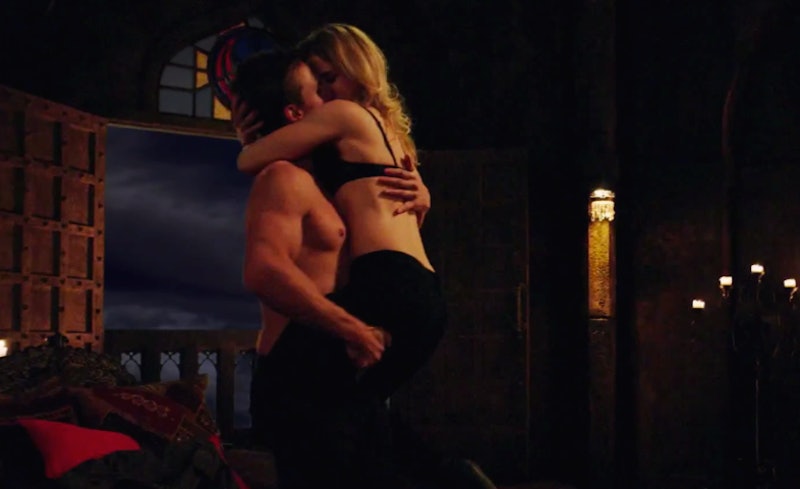 We knew it was coming. We saw glimpses of it literally with our own eyes. And still, I could not prevent myself from the inevitable freak out that ensued. Oliver and Felicity have finally slept together on Arrow and it was just as glorious as we thought it would be. Sure, this wasn’t exactly a big surprise or anything, given the snippets we saw from a very revealing promo. But what it lacked in shock value it more than made up for in execution. I don’t care how strong of a Raylicity ‘shipper you’ve become throughout the past season. It was impossible to not swoon over this duo’s union, which has been a long time in the making.

As we’re all well aware of by this point, Oliver and Felicity have gone through a bit of a rough patch this season. Right off the bat they experienced a downright explosive first date (and not the good kind), which was followed up by a series of unfortunate events that drove these once very close comrades to almost complete strangers. They haven’t always agreed and at times Oliver’s stubbornness (and brief death) became this couple’s worst enemy. But when Felicity decided to go with Oliver to Nanda Parbat and inadvertently ended up breaking up with Ray in the process, you just knew all of that was going to be put on hold for one epic night of passion.

Even the brief after moments of their time together were adorable. But, of course, given that this is Arrow that we're talking about, this event did not come without its fair share of twists. After they were done sealing the deal, so to speak, Felicity offered Oliver a drink to help toast the occasion. But as it turned out, she had laced the beverage with a drug to knock Oliver out and prevent him from fulfilling his bargain to become the next Ra's al Ghul. She can't lose him. She won't lose him.

Too bad the plan didn't work. In fact, it ended with a rather earth-shattering goodbye between these two star-crossed lovebirds. Just when we finally get these two back together, they're torn even further apart. But this can't be a long term thing, right? I mean, it just can't be. At least the writers gave us something to hold onto though.

Now if you'll excuse me, I think I'm in need of a very a cold shower.