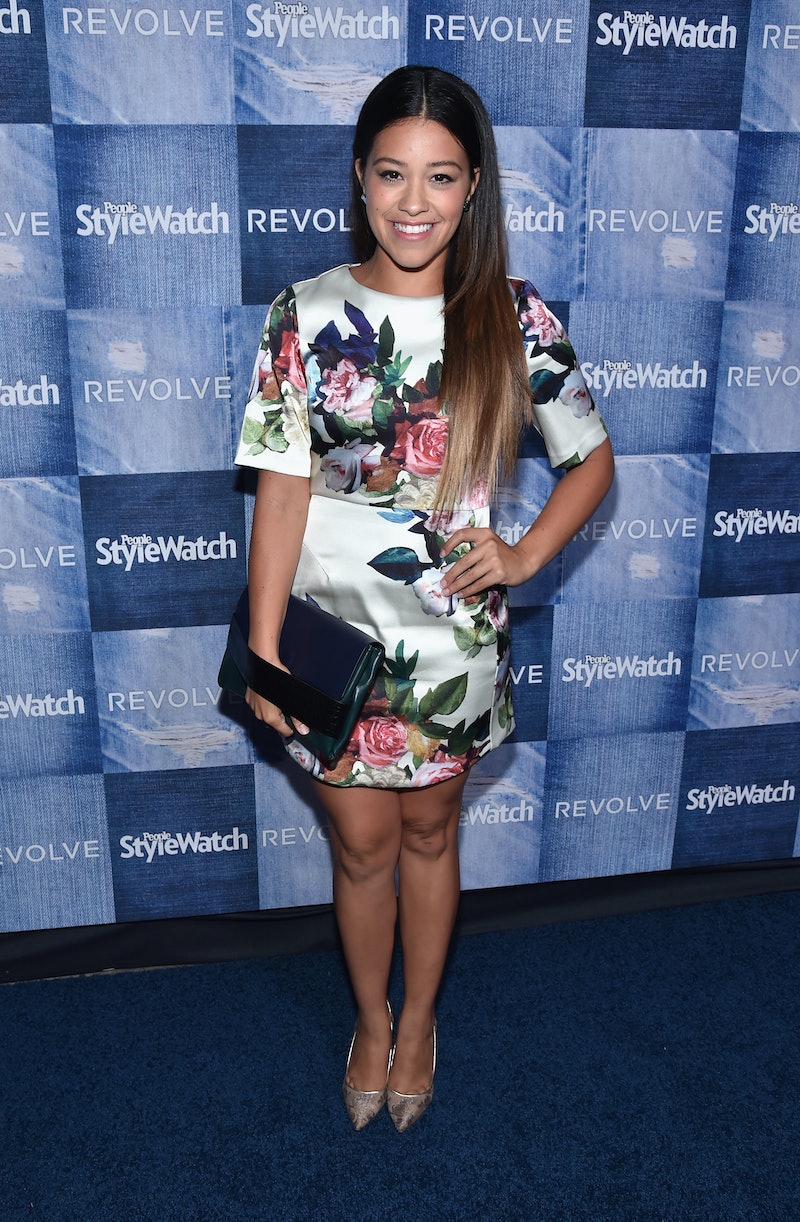 Jane the Virgin star and Golden Globe winner Gina Rodriguez is easily one of my favorite people for her championing of diverse representation in media. Now, the star appears to be advocating for body acceptance as well and not just in Hollywood. In an interview with HuffPost Live, Rodriguez shared the body image advice she learned from her dad and how self acceptance is truly beautiful.

Sitting down with HuffPost, Rodriguez explains that at a young age she knew she'd be faced with weight issues. At 19, she was diagnosed with thyroid disease, and last year, she found out that she has Hashimoto's disease. Both affect the star's metabolism, so the actress knew it was something she'd deal with in an industry so fixated on beauty standards that are impossible to attain. It was Rodriguez's father, however, that gave her some words of wisdom that she's sharing with the world. Rodriguez tells HuffPost:

The star, who keeps her beauty routine natural, seems to have deeply internalized this message. In the interview, Rodriguez discusses how beauty standards sell. She explains that there is a good deal of publicity and marketing that goes into the business, and it's not just a small part, but a lucrative one. The stunner has some beautiful musings on the profitability of beauty standards in Hollywood though. Rodriguez explains, "We live in an industry where the desire to be something that you're not sells. But why can't we make the desire to be what you are sell? Why can't we make that profitable?"

Rodriguez, yet again, has reminded us why she's such a brilliant and refreshing presence in Hollywood. From her inspiring Golden Globes speech to her obvious talent on Jane the Virgin, the talented actress has quite the future ahead of her. We hope to see more of the beautiful star on screen and in the news for championing self-acceptance.