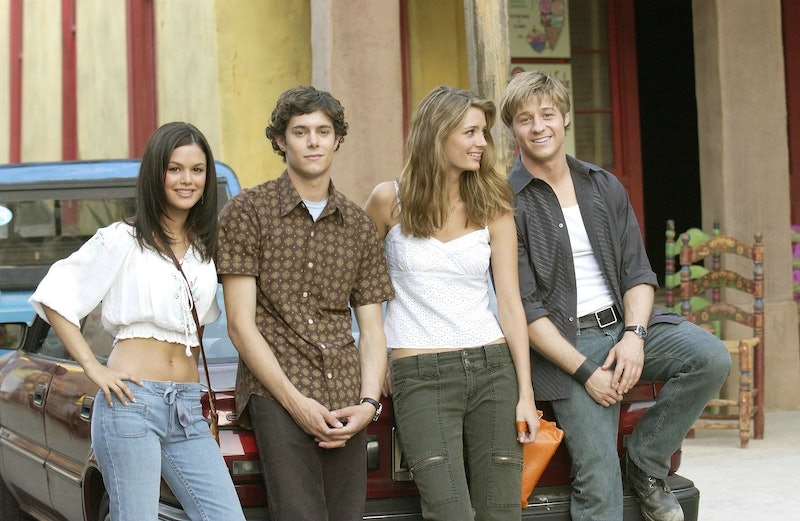 It should come as no surprise that some of the greatest TV moments came from The O.C. The FOX hit is one of the most influential shows of all time, thanks to the costumes, music, and wordplay of its characters, as shown through some of its most memorable moments. There was the Chrismukkah episode, of course, in which fans learned about the best holiday of all time, the time there was that Spider-Man kiss, and every teen across the country fell in love with Seth Cohen, and that iconic first episode, in which the show's most famous words — "welcome to the O.C., b****" — were said, and viewers everywhere became instantly hooked.

Yet, while those moments above may have been the ones that still stand out in fans' minds all these years later, they're far from the only ones that made the show so great. Plenty of other O.C. episodes were perhaps not as attention-grabbing, but were just as smart, funny, and consistently entertaining. As true fans of the show know, that label applies to pretty much all of the highly-underrated Season 4, but it's not just those; several of the show's earlier episodes also deserve way more love and reverence than they got from fans.

Below, the nine most underrated episodes of The O.C.

This episode dealt with so much: a newly-sober Kirsten's return to her family after rehab; the reading of Caleb's will; Seth and Summer getting yelled at for their lack of school spirit; Ryan and Marissa nearly breaking up; and, best of all, Taylor Townsend, a major character later on, getting a prominent role in helming the school musical. Busy, chaotic, and perfectly O.C.

Memorable Line: "Anything for the soon-to-be Mrs. Cooper-Nichol-Cooper!"

Not only did "The Groundhog Day" feature young Chris Pratt (always a reason to celebrate), but it had tiny animals, a huge party, hope for Seth and Summer, and the shocking news that 40-year-old Kirsten was pregnant.

Memorable Line: "My mom is kind of like Idi Amin with fake boobs. You know, big on the torturing and the tyranny, not so big on the nurturing."

Yes, DJ and Marissa broke up, and Ryan got grounded, but this episode matters for only one reason: Sandy Cohen. Singing.

Memorable Line: "I always thought that I would have sex first and that Cohen would catch syphilis in a public toilet."

Seth, Summer, Ryan and Marissa, stranded in the mall overnight, trapped with nothing but stale food and hockey equipment. This was one of The O.C.'s most fun episodes ever. Plus: Julie's sex tape!

Memorable Line: "Isn't this great? It's like Goonies meets Die Hard by way of Mission Impossible. With I think a... slight hint of National Treasure!"

Sure, Ryan and Taylor both falling into comas was convenient, but it made for a great episode. The alternate reality they encountered, in which Sandy and Julie were married, Summer and Che were engaged, and Marissa died in Tijuana, was a perfect fix of spooky and hilarious.

Seth Cohen, high. That is all.

Memorable Line: "Dude, I am not stoned anymore." "OK, then why are you in my shower?"

This opener to Season 4 was a perfect start to the year, catching fans up on everything that'd gone down since Marissa's death: Julie's pill-popping, Ryan's cage fighting, and Summer's total refusal to acknowledge anything that had happened. It also set the show up for the drama to come, specifically Ryan and Julie's mission to hunt down Marissa's killer, Volchok.

Watching Seth try to impress Alex by being a bad boy — a.k.a. painfully sipping from a flask and wearing Ryan's old clothes — was hilarious. Plus, there was the gotta-see-it-to-believe-it sight of Marissa Cooper, in a sweatshirt, eating a bagel. Crazy.

The O.C.'s series finale never seems to get acknowledged, despite being total perfection. There was the birth of the youngest Cohen, Seth and Ryan starting college, Summer following her dreams, and, of course, that amazing look into the future, where everyone seems to have married the loves of their lives and started satisfying careers. Add in that final scene, in which Ryan stopped a kid on the street to help him out just like Sandy had done for him, and the finale was all fans could ever have wanted from their beloved show.

Memorable Line: "I've perfected my Sandy Cohen. Listen to this: 'I shmeared it for ya.'"

More like this
“The Door Is Always Open” For Another 'Breaking Bad' Spin-Off, Says AMC Boss
By El Hunt
Dan Levy’s Father’s Day Pic Of Dad Eugene Spoofs The ‘Schitt’s Creek’ Vet’s Past
By Grace Wehniainen
S Club 7’s Jon Lee Continues To Reach For The Stars
By Rachel Mantock
Did *That* Character Really Die In The 'Stranger Things' Season 4 Finale?
By Grace Wehniainen
Get Even More From Bustle — Sign Up For The Newsletter