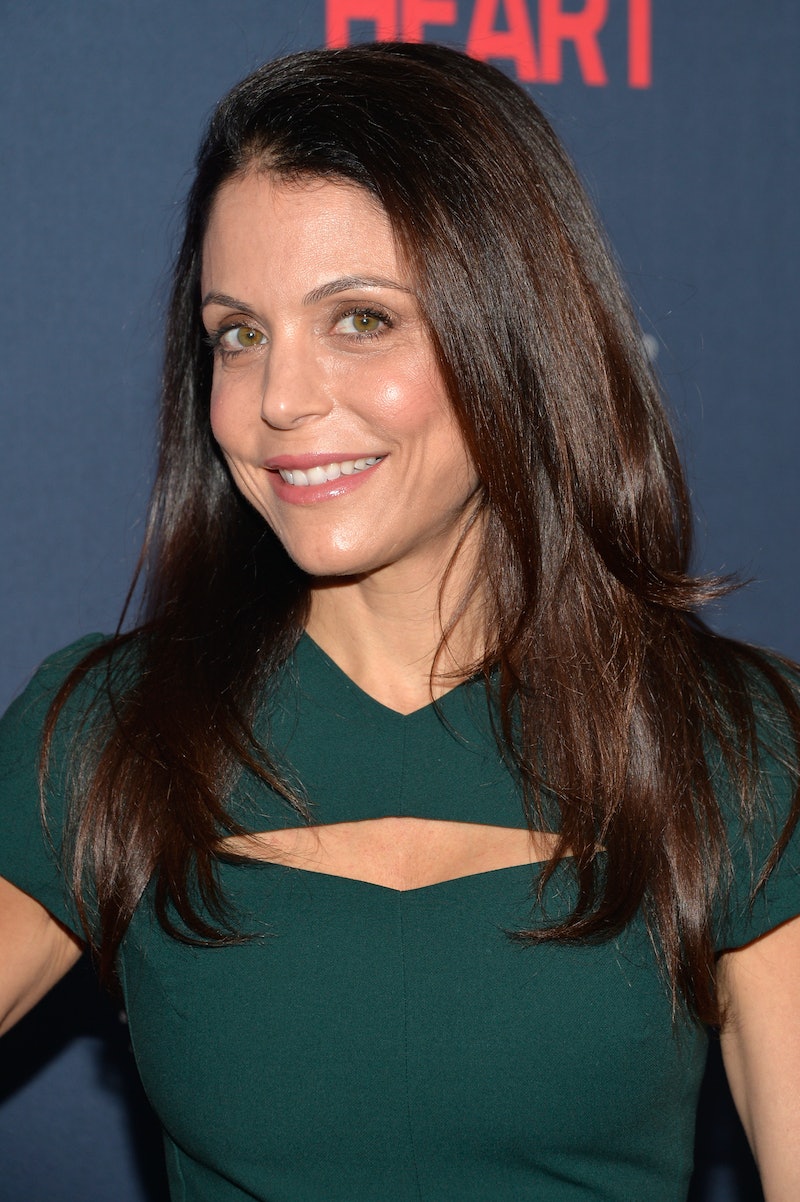 All of us Real Housewives fans are very familiar with Bethenny Frankel at this point. She just started her second run as a cast member on The Real Housewives of New York City. She had one season of a talk show. She has countless products in her Skinnygirl empire. Plus, she is heavily active on social media. It's safe to say we have gotten to know many different facets of the reality star/entrepreneur ever since she entered the Real Housewives universe. But what was Bethenny Frankel up to before RHONY ?

Well, that's something we don't know as much about. It's hard enough for me to remember Frankel in her early Housewives days before her Skinnygirl business domination, so I am very curious about the contrast between her life pre-Housewives and today.

Considering this is Bethenny Frankel, her life had to be pretty interesting. And I mean, come on, if you think about it that makes sense. There had to be some good reasons for Bravo to cast her in the first place. She might not have found great success until later in life, but as expected, she was hustling hard the entire time to get where she is today. And she was very entertaining as always.

If you watch Real Housewives, you know that Frankel did not have the easiest time growing up, and that she moved around a lot: seven times in ten years. As a result, she ended up attending many schools over the years. For college, she attended the National Gourmet Institute for Healthy and Culinary Arts and graduated from New York University with degrees in communications and psychology.

Saved By The Bell

Frankel moved to Los Angeles to pursue acting, but things didn't quite work out that way. Don't go looking through episodes of Saved By the Bell expecting to see a Frankel cameo; she served as a production assistant for the show. In an interview on her now defunct talk show Bethenny , Saved by the Bell cast member Mario Lopez said, "Bethenny was so sweet and so cool with everybody, but I had a little crush on her!”

Well, Frankel was not technically Paris Hilton's babysitter, but the description is close enough. She was a personal assistant for Paris' mom, Kathy Hilton. So how did that happen? Franekl explained this on her talk show, saying, "I met Kyle when I was a hostess at a restaurant in Beverly Hills, La Scala." Yes, Kyle Richards, as in the cast member from Real Housewives of Beverly Hills. Richards is Kathy Hilton's sister and this supports my theory that the world is joined by various connections to Real Housewives cast members. So anyway, what was Frankel's life like back then? “And then I started working for Kathy as an assistant taking Paris and Nicky to and from school.” She has really come so far.

The future reality star started a company called Bethenny Bakes, which sold healthier versions of cookies. Sadly, this niche business did not work out so well. If you have been watching Real Housewives of New York City from the start, you will recall her struggles at promotional events when she was trying to take business to the next level.

I'm not at all surprised that Frankel appeared on Martha Stewart's short-lived Apprentice series. She is a very talented chef who clearly has a competitive edge. The only part that shocks me is that Frankel did not win. However, I can kind of see why. Apparently, she did not get along very well with Stewart. Stewart later appeared on Bethenny, where Frankel asked her exactly how she felt about her back in the day. What did Stewart say? "You were a pest. You were so out there in front of everybody you know."

When Frankel was 36, she decided to audition for Real Housewives of New York City . As you can see from her audition video, she did a lot of name dropping, dog kissing, and showing off about her place in society. The video is honestly a little painful to watch, but I can see why she was chosen for the show.

As expected, Frankel's resume is far from conventional. She really forged her own path. Everything she did was a unique step that made her stand out to get where she is today. Frankel has moved on pretty far from her days as an assistant, but she is still that hard working joke teller that we know and love.