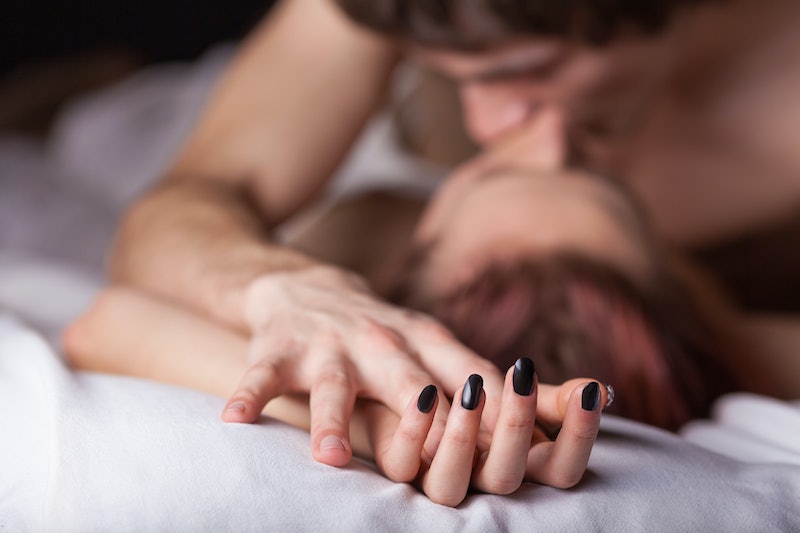 I’m preparing to move to Paris for about a year or so. One of the major things this involves is getting rid of stuff that I should have tossed forever ago, but just haven’t yet. While tossing clothes and shoes is emotional enough in its own right, what’s really killing me the most is my “box of yesterday.”

True to its name, my “box of yesterday” is a nightmare collection of things from past relationships. I say nightmare, because who saves receipts from Brooklyn Bowl because it has an ex-boyfriend's name on it? This gal. Who thinks it’s necessary to keep shreds of a ripped T-shirt from a wrestling match after too many martinis? Me, obviously.

The project of weeding through these things and deciding which is reasonable to keep and which solidifies me as a straight-up lunatic has forced me to face a fact: My last relationship, if we can even call it that, wasn’t love at all. Of course, at the time I was convinced it was love, as we all tend to think in similar situations, but in reality it was nothing but lust tangled up with infatuation, and because of it I was the most unstable, crazy, jealous, human being I’ve ever been. Looking back now, I blush at who I was, and that I was capable of such insanity because of a man.

With those days officially in my past and locked there safely so I can no longer touch them, I can see more clearly than ever what I was experiencing. I was not in love with a guy whom we’ll call “C,” but in lust.

Here’s what I learned from it all. If you recognize yourself in any of this, I suggest you run like hell. Now.

Love — real love — is about commitment and communication. These two important components lead to stability within a relationship. Of course, fire can be part of the equation, but when there’s lots of drama, chaos and more emotional gut blows than butterflies, you’re looking at a lustful situation.

2. You focus more on the outside than inside

I could stare at C for hours. I was so enamored with his beauty. To me, he was gorgeous from head to toe without a single flaw to be found. I was obsessed with his beauty, and relished in the fact that I got to be seen in public with him and got to “tap that” at the end of the night.

3. You prefer the fantasy

From the beginning, I knew C and I didn’t have a future. We were far too similar to have been able to conduct a grown-up relationship, and he was never going to want me the way I wanted him. With him, I acted younger than I was for far longer than I should have — the drinking, acting out, immaturity and irresponsibility were quadrupled when we were together. I didn’t want a “grown-up” life with him; I loved the days on end of debauchery that allowed me to escape from reality.

4. Why aren’t we having sex right now?

Although I loved talking to C, because we did have so much in common, whenever we were together just hanging around or watching a movie, I’d always catch myself wondering, “Why aren’t we having sex right now?” I’m serious. I couldn’t give a damn about the ending to whatever movie was on, if it meant we were having sex instead.

C and I were not friends. For a long time we called each other “best friend,” but the truth was I was in lust, and he was just waiting for something else, something, to use his words, better. Despite knowing that, the lust kept me coming back for more.

Although cuddling can be really satisfying and comforting when you're in love, when you’re in lust a body against you just feels like dead weight. You’re also likely to ask yourself again, “Why aren’t we having sex right now?”

8. The feeling is conditional

Anyone who’s been in love can attest to the fact that love is unconditional. Lust, however, is not. Lust is steeped in gratification without concern to anything else. I could easily sleep with someone other than C and not feel a twinge of regret, but if I were to do the same to the man I love, I’d never forgive myself. Lust has blurred boundaries as to what’s right; love kicks those blurred lines into place.

Is it just lust? Here's the 5 best dating tips from bartenders to get you back in the game (And for more life hacks, follow Bustle on Youtube):