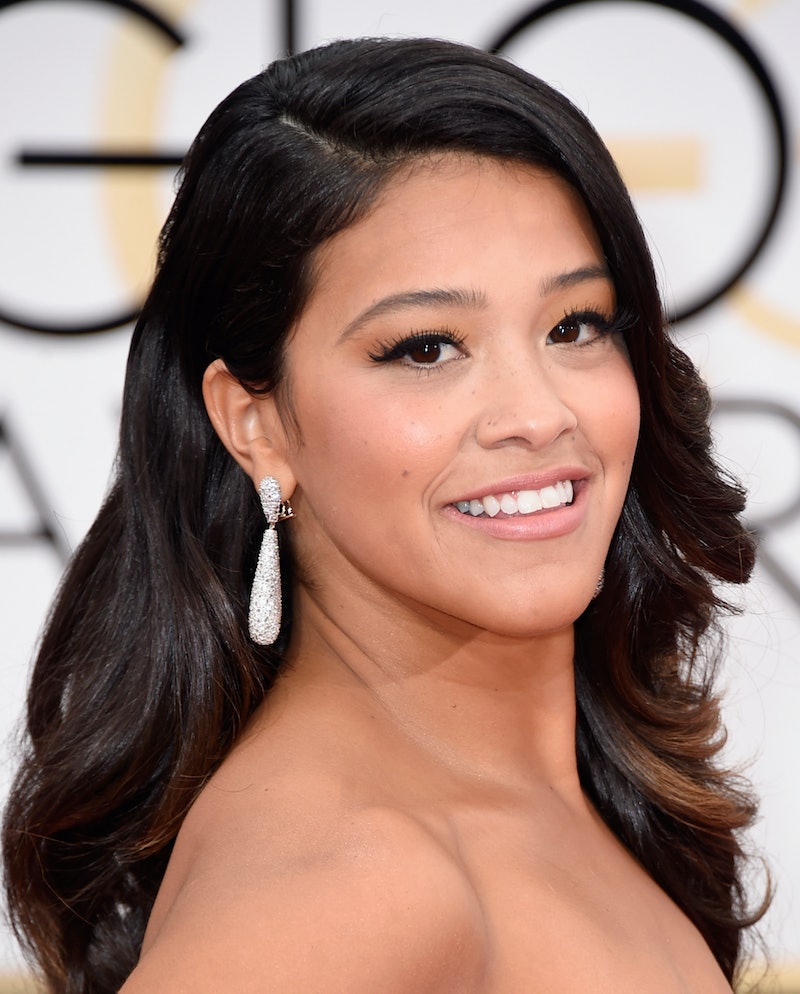 I simply can't get enough of Jane the Virgin star Gina Rodriguez, and I can never get enough of Bravo, so when Gina Rodriguez was a guest on Watch What Happens Live , hosted by Andy Cohen, my two worlds came together in the sweetest way possible. Rodriguez, who was joined by Mo'Nique in the Bravo Clubhouse, was clearly the most likable person in the world on the late-night show, but I'm worried Rodriguez is going to get herself in some hot water after a caller asked her to pick Team Michael or Team Rafael on Jane the Virgin . Just kidding, we'll always love you, Gina! I commend you for being courageous enough for picking a team (even if I don't agree with it).

Rodriguez's character, Jane, has been involved in a love-triangle on the CW telenovela from Day One. Currently, Jane is Team Rafael, but does Gina Rodriguez agree? Well, one brave caller decided to put the actress on the spot, and her answer might surprise you (It surprised me at least, and as I said, this 30 minute show was my two worlds colliding, so I had a lot at stake).

So is Rodriguez Team Michael or Team Rafael?

Yes. Gina Rodriguez is officially Team Michael, so react however you may see fit. Personally, I am kind of surprised, because I always saw Jane and Rafael as end game material AND NOW I DON'T KNOW WHAT TO THINK! I LOVE JANE AND RAFAEL, BUT I TRUST GINA RODRIGUEZ BLINDLY, SO WHAT DO I DO?

Rodriguez did have some pretty sound reasoning behind her decision — and girl also knew that speaking out on the topic was probably going to get her in some trouble. Rodriguez pointed out that Michael was there for Jane before all of the commotion (aka artificial insemination), he encouraged her to follow her convictions, and he was there for her through the thick and thin. "How do you not?" Rodriguez asked rhetorically.

OK, so there's that. Now I'm going to wonder if this was some hint as to where the show will be heading, or if Rodriguez is just a hopeless romantic who is all about that first love for Jane, her Golden Globe winning role.