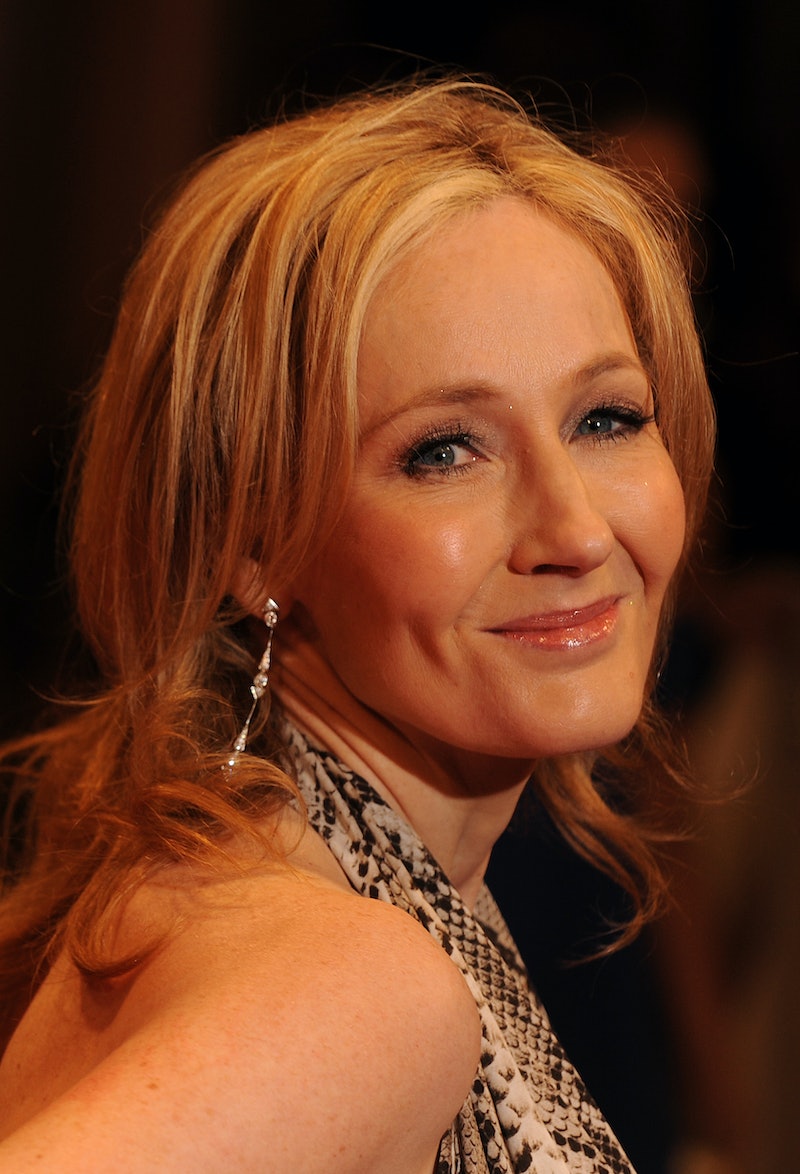 If you're not following J.K. Rowling on Twitter, you're doing it wrong. Rowling announced her new Robert Galbraith novel Career of Evil this fall in a clever fashion on social media Friday. This marks the third Cormoran Strike crime book written under her pseudonym, and Rowling has said that she plans to create a seven-book series about the private investigator. Career of Evil follows up on 2013's The Cuckoo's Calling and 2014's The Silkworm. And um, does this pattern mean that we can come to expect a new Cormoan Strike series book every year? Because amazing.

Little, Brown's U.K. imprint formally announced the release of Career of Evil , but it doesn't have a definitive publishing date yet. In the story, Detective Strike lost his leg in a land mine blast while he served in Afghanistan, and at the beginning of The Cuckoo's Calling, he's struggling to get by making a living as a private investigator, living in his office. He takes up a case of a supermodel's suicide after her brother comes to him, believing that it was a murder, not a suicide.

Detective Cormoran Strike investigates a supermodel's suicide. After losing his leg to a land mine in Afghanistan, Cormoran Strike is barely scraping by as a private investigator. Strike is down to one client, and creditors are calling. He has also just broken up with his longtime girlfriend and is living in his office. In The Silkworm, novelist Owen Quine's calls upon Strike to help her find her missing spouse, alongside his assistant Robin. There aren't many details yet about the plot of Career of Evil, but "Galbraith" did speak about the release on "his" Twitter page.

(Spoiler: It's Blue Oyster Cult, which you know from the "more cowbell" SNL sketch.)

Basically, Rowling wins at Twitter, and it's just as much cheeky fun as you would hope. This should make you basically not be able to wait until more information is revealed so Galbraith and Rowling can have another back-and-forth.