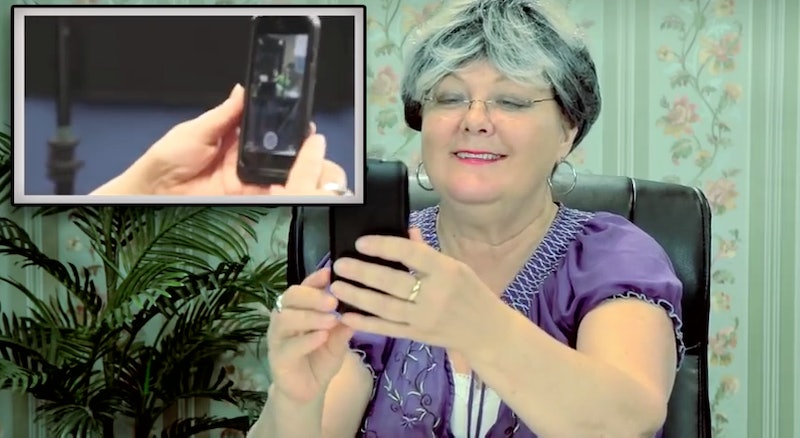 Introducing tech to your grandparents is always somewhat comical but what's even more grand is sitting back and watching them play with it, learn the ropes, and (eventually) grasp the debaucherous intentions afoot. Such is the case in the YouTube video "Elders React To Snapchat," produced by mega-channel TheFineBros.

From catching on to the mechanics of the social sharing app to perfecting the ultimate (and terrifying) front-facing selfie, these elders traverse the darkest corners of Snapchat with as much grace as possible given the app's somewhat clunky, raw, and ultimately millennial nature. One of the best parts of this video is that The Fine Bros' father himself participates in his sons' viral series. The brothers split videos of this nature between two channels, the second being REACT, where everyone from five-year-olds to 18-year-olds are exposed to vintage tech in the same way these elders are thrown to the Snapchat wolves. The channels have a combined 16 million subscribers, which won't be surprising after you get a look at this video. But first, here are some of our favorite moments.

When Vera got real about image quality.

"I hate these things."

That time the front-facing camera terrified everyone.

When Snapchat became an art form.

And when they all learned Snapchat's origin story, realizing its true purpose as the unabashed sexter's ultimate facilitator.

For more of this good stuff, head over to TheFineBros YouTube channel.