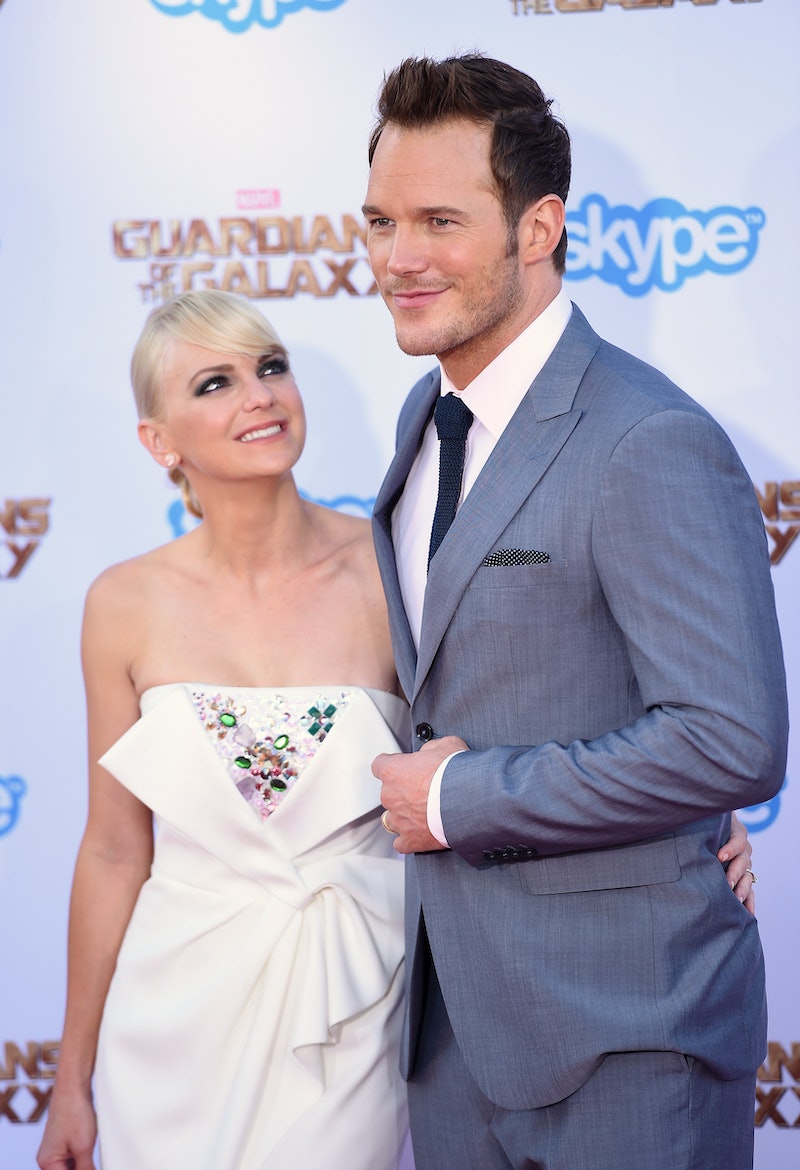 Chris Pratt for the win — again. The Jurassic World star is talking about his wife and stealing everyone's heart in the process. During a Reddit AMA on Friday, Chris Pratt gushed about Anna Faris in a way that will make you a fan of this couple — that is, if you weren't already. Not only did he compliment his wife, but Pratt basically says she is his soulmate and he couldn't be happier. Altogether now, "Awwww." Here's what he said in its entirety:

Anna and I are meant to be together. Our relationship has made me believe in divine intervention and destiny, just as much as my crazy career and the way I fell into this life. She and I grew up 20 minutes away from each other but never met until we met in LA. We both got our start in horror spoofs. We both did an animated movie for Phil Lord and Chris Miller. We both made our careers playing guileless nitwits for laughs. We both have parents that have suffered with MS. The similarities go on and on. Anna is a great wife. Very patient and understanding. Very supportive. So kind and genuine always. And she gave me a wonderful son and family of in laws that I truly love.

Faris, I hope you know how lucky you are. This man never fails in making me swoon.

Ever since the two started dating, the actors have proven to be a beloved couple. Not only do they tweet one another about tater tots and discuss their love of food, Pratt french braids Faris' hair, while she gushes about her man on social media. This isn't the first time he's talked about how amazing it is to be with his wife. While chatting with SheKnows, Pratt said, "We both have a lot in common. I don’t think we turned into one another. I think we found each other.”