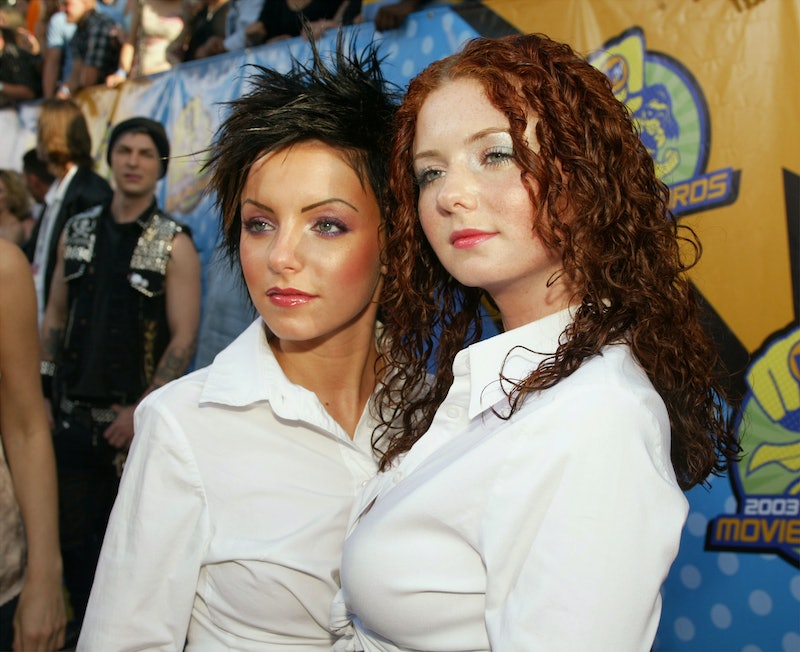 Some days, I get extremely nostalgic about my childhood and formative years in the '90s and early 2000s — the fashions (jelly sandals were a staple), the teen heartthrobs (JTT, I still love you), the games (Tamogotchi, where have you gone?). But nothing really makes you wax poetic more about the past than music. For those of you who share my nostalgia for those times, it's easy to remember some of the more famous pop culture phenomenons in music of the day. Who could forget Britney Spears, the Spice Girls, NSYNC, or Backstreet Boys? No one ever, that's who. And while those bands are obvious hallmarks of the time, the music that really makes me miss the '90s and early '00s are the forgotten artists and songs — the ones that really made an impression for a few days, weeks, or months, and then disappeared into the abyss of music that couldn't quite keep its place on the charts. I'm talking one-hit wonders, people!

Now, I don't mean the songs that we will remember all the words of until the world finally ends, like Sir Mix-A-Lot's "Baby Got Back" or Right Said Fred's "I'm Too Sexy." I'm talking the songs that you listened to on the radio in the car, and then promptly forgot about as soon as you got to your destination. The songs that you only remember how much really loved whenever they pop up on the radio again. Aren't those the singles that really remind us what life was like in our past years?

It's depressing, but really pretty at the same time. I can't tell you how many times I played this song on repeat.

Oh, this song. I only truly appreciated it after it was gone.

Isn't this song about a real-life story of an elderly couple who went missing? Really makes it more depressing, don't you think?

This song is perfect. Craig Robinson knew that, and that's why he parodied it in Hot Tub Time Machine 2 .

Remember this song? Yeah, it was weird.

I don't understand any words in this song besides "Just shake your rump!" And I'm totally alright with that.

The thing I remember most from this song / music video are the inappropriately short booty shorts. My fragile constitution could not handle it.

My first thought about this song and group during my nostalgia research: "Who?" Clearly, they didn't make that great of an impression.

Oof. This song is the worst. Better left forgotten.

Hard to believe that this guy wrote the music for the hit Broadway musical Spring Awakening. Sheik definitely moved on to bigger and better things than this single.

Another single that got resurrected in pop culture via an opening scene from The Office , this single is at certain times iconic and other times totally forgotten, as all great one-hit wonders usually are.

YES. This song still gets me going.

I only remembered this song because I saw it on Total Request Live and VH1 approximately 398,498,234 times in 2000. It's so perfectly catchy for its time.

OK, full disclosure: I completely forgot about this song until I started doing my research for this article. So I guess that actually makes it a perfect choice for this list.

I never understood this song, this video, or this band. But damn, is it a catchy beat.

I'm still obsessed with this song. It's on my main Spotify playlist.

The song that reminded drunk people everywhere how to count.

I never understood the appeal of this song when it was first released. I totally get it now, guys. It's brilliant.

Nope. Nope nope nope. Sorry guys, I should have never brought this out of retirement. Let's send it back immediately.

Remember when Nichole Scherzinger was on a reality competition to make this band? And then they released this song and immediately dropped off the face of the Earth?

I am genuinely saddened that this band only released one monster hit song, because "I Believe In A Thing Called Love" is incredible.

In case this hasn't already been adopted, this song would make for an incredible Zumba routine. Let's keep its legacy alive as a perfect song for fitness.

So peaceful. So mellow.

More like this
Britney Spears Shares & Deletes Photos Of Justin Timberlake From 22 Years Ago
By Jake Viswanath
20 Years Ago, J.Lo Was Supposed To Kiss Madonna With Britney At The VMAs
By Jake Viswanath
Britney Spears Shared The Real Reason She Shut Down Her Instagram Account
By Brad Witter
The Jonas Brothers' New Album Has A Very Meta Name
By Alyssa Lapid
Get Even More From Bustle — Sign Up For The Newsletter
From hair trends to relationship advice, our daily newsletter has everything you need to sound like a person who’s on TikTok, even if you aren’t.