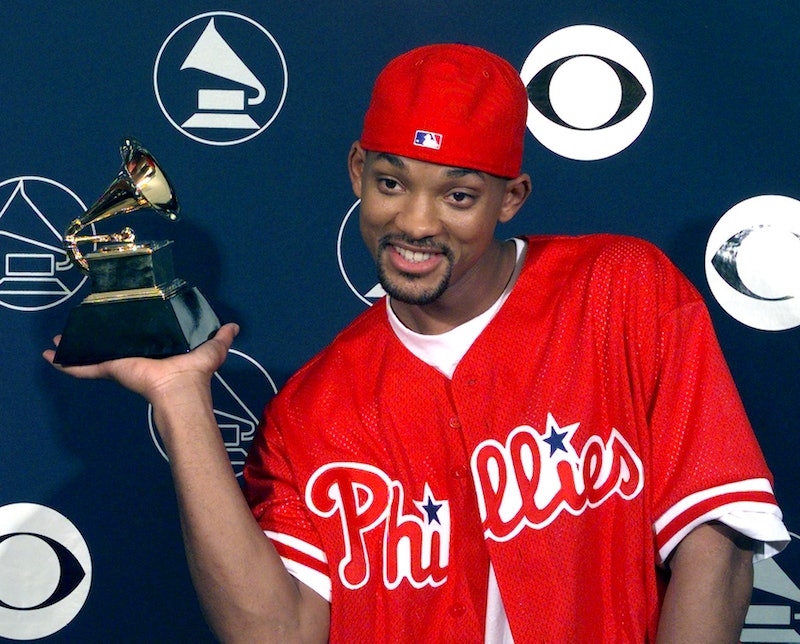 I've always loved the summertime. You could chalk it up to a lot of reasons — it's the vacation season, it's time for "summer hours" at work, the weather is grand no matter where you are, my birthday is in the summer — but most of all, it's a great time to kick back, relax, and enjoy some awesome tunes. Sure, your gears may be turning about what this year's song of the summer may be (Taylor Swift, perhaps?), but before you do that, let's take a look back at all the classic summer songs of the '90s. They were bold, they were fresh, they were gnarly (LOL), and one of them was literally named "Summertime."

Will Smith and DJ Jazzy Jeff's Grammy-winning 1991 summer anthem has endured so much that the duo still performs it today — in Las Vegas, on Jimmy Kimmel Live , at Gabrielle Union's birthday party, and more. According to an interview in the Village Voice, Jazzy Jeff said Smith wrote "Summertime" during his first summer living in LA and he missed home in Philly. "I think 'Summertime' might have been the easiest song he's ever written," he said. "Because all he was doing was writing down his feelings and emotions of those Philly summers... We knew it was a great record and thought people might play it every once in a blue moon, but not every summer. It's almost like this song is the launch of peoples' summer."

While "Summertime" may be a '90s classic that endured, here are 10 others that you might need to be reminded about. Get ready to get nostalgic.

New Kids on the Block, "Step By Step"

Move over One Direction and Backstreet Boys. NKOTB had the moves, the big hair, the backwards caps, and this 1990 summer hit that launched them into total teen heartthrob status. The single reached No. 1 on the Billboard charts and sold more than 10 million copies worldwide. Even now, just playing this song makes me want to break out an issue of Tiger Beat with my friends and discuss crushes on boys.

Color Me Badd, "I Wanna Sex You Up"

Oh my God. OH MY GOD. This 1991 song is the definition of embarrassing songs that are so '90s that you both love them, but replay them in secret. First of all, it uses the word "sex" as a verb, which is so awkward and is a totally different thing, as I learned from a funny post by IFLScience last week. Second, these guys are totally a boy band and "bad" is spelled with two Ds.

But this song conjures up memories of boom boxes and the band's super exciting appearances on Beverly Hills 90210. Look, that show was so hot that I had a rad 90210 purple lunch box with the casts picture on it when I was little. Kinda wish I still had it now, but I guess listening to this song will have to do.

Sir Mix-A-Lot, "Baby Got Back"

Oh my God, Becky, look at how long this song has lasted in pop culture. Just last year, Nicki Minaj sampled it for her own sexy tune, "Anaconda." But to think back in 1992, "Baby Got Back" was considered too risque and the music video was briefly banned from MTV. If only 1992 could flash forward and see Minaj's "Anaconda" video.

Ace of Base, "Don't Turn Around"

This 1994 single is one of my absolute favorites, because Ace of Base was unlike anything I had ever heard at the time. I was also 11 and my own taste in music was finally awakening. Swedish pop was taking America by storm as Ace of Base strung together a number of hits: "All That She Wants," and "The Sign."

Actually, this song is a cover of a Tina Turner song released in 1986. And now you know.

This 1995 cool jam from the hit album CrazySexyCool was also socially conscious, containing lyrics about drugs, and HIV/AIDS. The song spent seven weeks at No. 1 on the Billboard charts, and the music video help propelled the song to iconic status by powerfully illustrating the stories of the lyrics. "The important thing to us was to get the message across without seeming like we were preaching," band member Tionne “T-Boz” Watkins told VH1. But we're having fun and you learn a lesson at the same time with a beautiful video."

Seal, "Kiss From A Rose"

Back when soundtracks were a way bigger deal, Batman Forever released such a good one. I played that CD out in my Discman during the entire summer of 1995. When I was 12, I thought this was the most romantic song ever. It also takes you back to a time when Val Kilmer made a pretty decent Batman and before a time where those other guys stepped into the caped crusader's shoes.

Mariah Carey, "Always Be My Baby"

Oh, old school Mariah. Her huge string of hits in the'90s included this sweet 1996 anthem about eternal young love. If that doesn't say summer, then what does? How about the music video for the hit tune, which features Mariah just swinging on a tire swing as two young kids at summer camp fall in love. Remember those simpler times?

No matter what else the boys from Hanson accomplish in life, they will probably never get away from this intelligible song. I mean, what are they saying? Should I mumble along or just shout the chorus? Is the "secret that no one knows" the actual lyrics? Revisit those dilemmas by pressing play above.

Christina Aguilera, "Genie In A Bottle"

Before The Voice and she unleashed the true power of her own vocals, Aguilera was a teen idol with a hit song called "Genie in a Bottle." The 1999 tune helped propel the fromer Mickey Mouse Club member to superstar status and establish her as the household name we know today.

Famous for being ever-present in so many movie trailers, this 1999 joyous rock track makes you feel like strutting by the beach and being a true "all star." The music video, directed by McG, actually features cameos from Ben Stiller, William H. Macy, Hank Azaria, Kel Mitchell, and Paul "Pee-Wee Herman" Reubens from the movie Mystery Men, which did not do as well as this song.

Ah, the sounds of summer. Does it get any better than this? We shall see when we know which song will be 2015's hottest summer track.