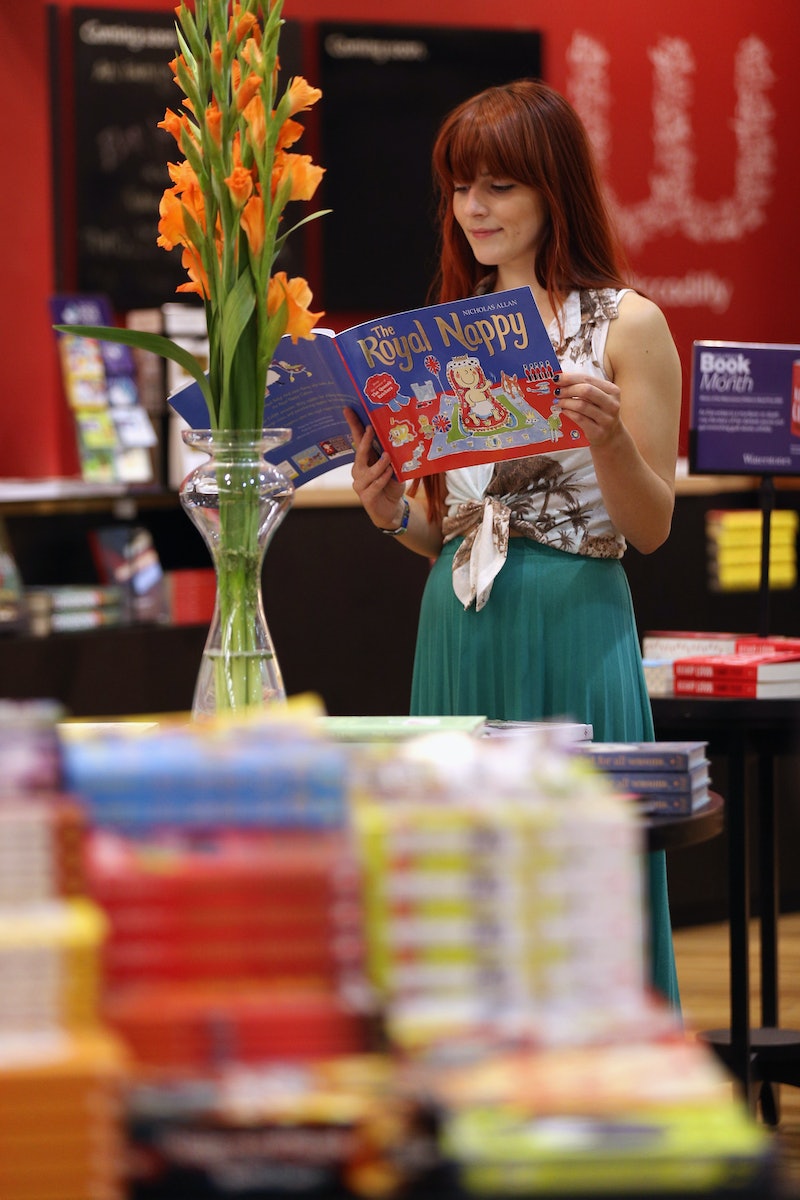 Last year, the Northern and Southern California Independent Booksellers Associations teamed up to create the state's first ever Independent Bookstore Day. The day was a huge success — a total of 93 stores participated by offering parties, special author events, snacks, and unique literary-themed gifts for sale. Collectively, the stores saw more than $150,000 in sales that weekend. (Yes, you read that figure correctly.)

On Saturday, May 2, nine regional booksellers associations are working together to make this book-lovers holiday a national celebration. What I love about the idea of Independent Bookstore Day is that it celebrates all sides of the book universe — the readers, the writers, and the sellers.

In regard to independent bookstores, there are a lot of reasons to celebrate. Even with the rise of Amazon and e-readers, the number of indie bookstores has actually increased by 27 percent in the last 6 years (partially due to the space that opened up when Borders fell).

Indie bookstores don't seem to be going anywhere (at least not in my lifetime), and I couldn't be more thrilled. So long as they exist, I feel sure that I'll always be looped in to the literary community of whatever city or town I'm in. It's for that reason, as well as all of these others, that I think you should stop in to your favorite independent bookstore on Saturday:

Indie Bookstores Represent the Communities They're In

Whenever I travel, I try to find at least one store — whether it sells new books, used books, comic books, or anything in between. Each store has its own personality, and I find that they often speak loudly about the region, city, or even neighborhood they cater to. You won't find the same staff recommendations in Chicago's historic Swedish neighborhood as you will at the Mission District of San Francisco.

But They Don't Have to Cater to Everyone and Every Genre

From feminism to mystery, the beauty of indie bookstores lies in their name — independence. When a shop is owned by an individual versus a larger corporation, they have the ability to sell whatever kind of books they desire — which means they might not carry the newest bestseller if they're not feelin' it.

They're Home To the Most Dedicated Book Clubs

If I had a dollar for every time my work friends and I said "we really need to plan a book club," I would have enough money for a stack of new paperbacks. Bookstore-facilitated book clubs, on the other hand, won't flake out. Instead, they have the reading list scheduled out months ahead of time and you can be assured that someone (even if its the staff member who organized it) will show up, ready to dive into a close reading of the book — just like your favorite English class.

The Author Readings Are Uniquely Curated and Intimate

In the last few years, I've gotten able to see two of my all-time favorite authors, Junot Díaz and Roxane Gay, read at public events. The difference, though, was that Díaz read at a large theater on a stage, while Roxane Gay read in my neighborhood store, an arm's length from dozens of fans and stacks of comparably feminist books. Even though both readings were equally amazing, the latter made for a much more intimate experience, reflective of the one you feel when reading and connecting with their book.

Someone Will Always Be Able to Give You a Good Recommendation

If you shop at the same store often enough, chances are the staff will start to remember not only you, but what you're reading. On the other hand, I've also received some of the best book advice from staff members at stores I'm visiting for the first time. I think booksellers at small stores spend more time talking to people of all interest levels than any other human ever could — making them living, breathing recommendation engines.

You Never Have to Worry About Being Judged.

You can browse the shelves for hours without getting weird stares from the staff hinting for you to either buy something or get out. You can ask questions about new releases in weird genres like Werewolf fiction without worrying that you'll end up as a funny anecdote in the store's weekly internal newsletter. Instead, they'll offer to put in a special order for you, available to pick up in a few days to a week.

They'll Never Go Out of Style

Yes, it's true that more people have e-readers now than ever before, but it's also true that there are more independent bookstores now than there were six years ago — did I mention by 27 percent? Though technology will continue to advance, but (at least for the foreseeable future), the need (or, for many people, desire), for physical books that you can hold (and smell, and touch, and keep forever) isn't going away.