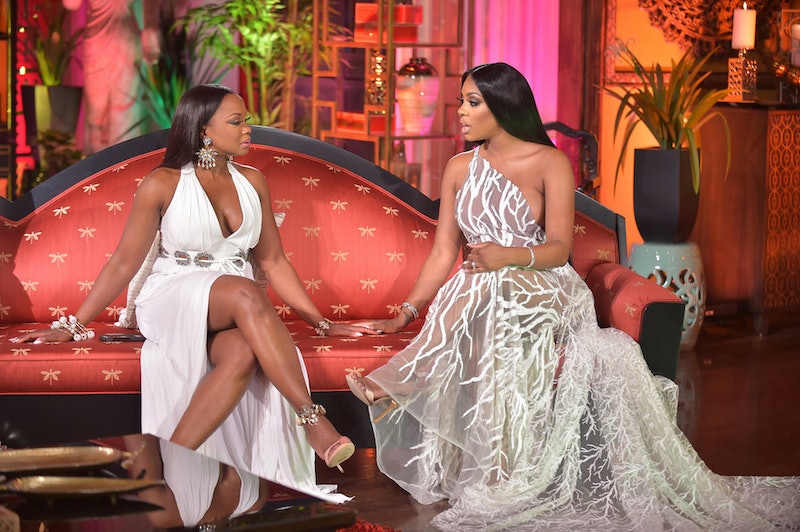 It's a good thing the Real Housewives of Atlanta reunion has such an ugly, busy set, because it distracted from all the tea that was spilling everywhere! Seriously, it only took a few minutes for the RHOA to stop being polite and getting real. And while Phaedra remained pretty stonefaced throughout, she gave some real revelations from post filming, most notably, that she actually has not filed for divorced yet — yes, Apollo and Phaedra are still married, and she isn't planning on ending it soon. Her reasoning was that she doesn't need money or have any material concerns about Apollo, so she wanted to take her time and make sure she is dissolving the marriage the right way, and doing things right for her kids.

But despite saying that she wants her sons to maintain a relationship with their father, Phaedra has not gone to visit Apollo, and blamed it on the weather, the rules, and the fact that she has multiple small children. Kandi immediately contradicted what she was saying as excuses, claiming that she's known plenty of people who have visited that prison with their kids. But she's made it clear that she does not want to be with Apollo anymore, she's just pumping the breaks on the real break up. 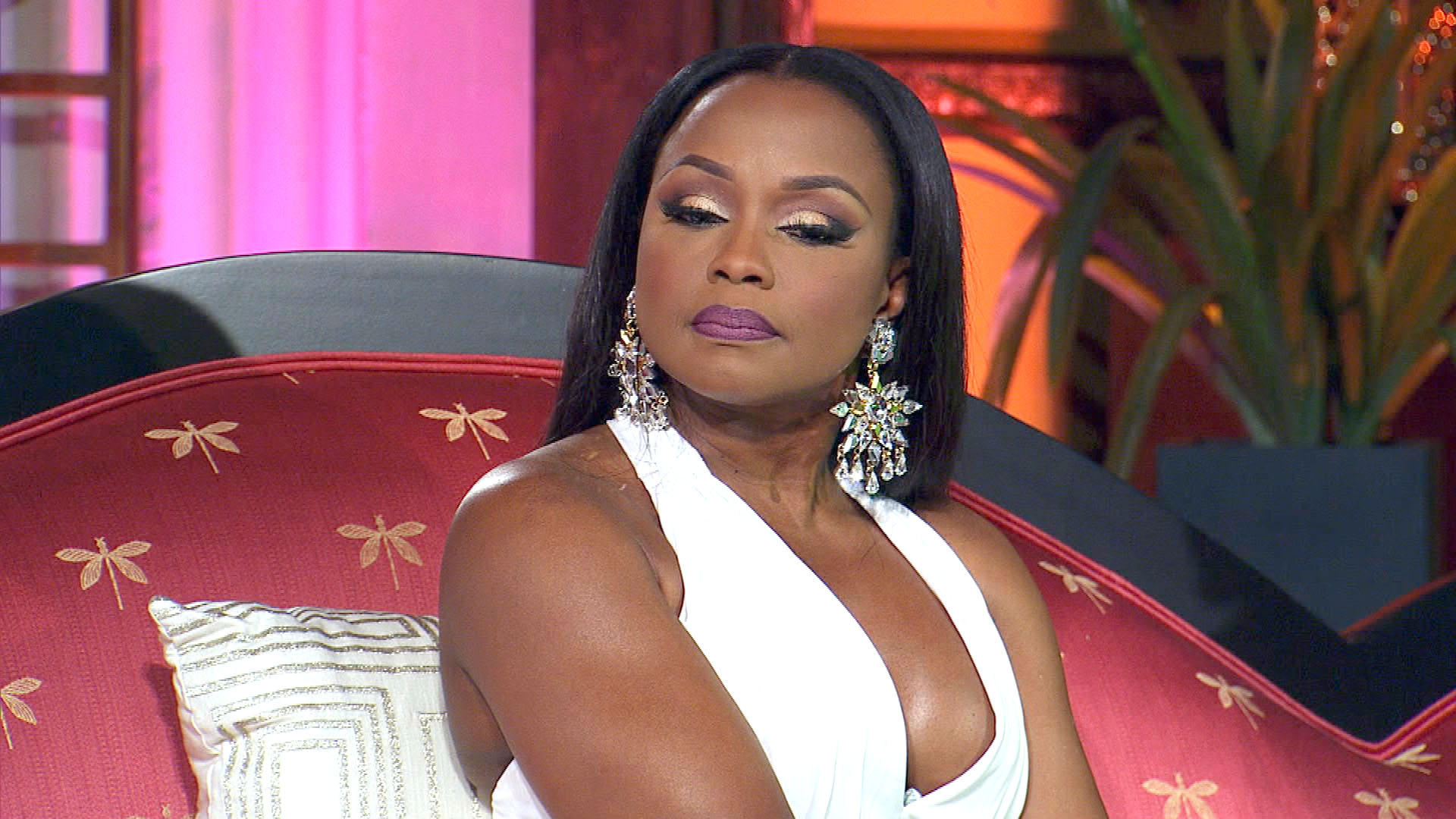 She also gave an evasive answers to questions about domestic violence. That didn't strike me as an indication that Apollo had physically harmed her or a suggestion that he hadn't but she wanted people to think so. Honestly, with the divorce on pause but destined for their furture, as a lawyer she would know that she shouldn't tell tales out of the courtroom. Throughout the rest of the episode, Phaedra returned to her usual demeanor, being playfully flirty about dating a Chinese man. I'm looking forward to seeing a single Phaedra in future seasons — and I hope that she's able to work out her kids' relationship with Apollo in prison.