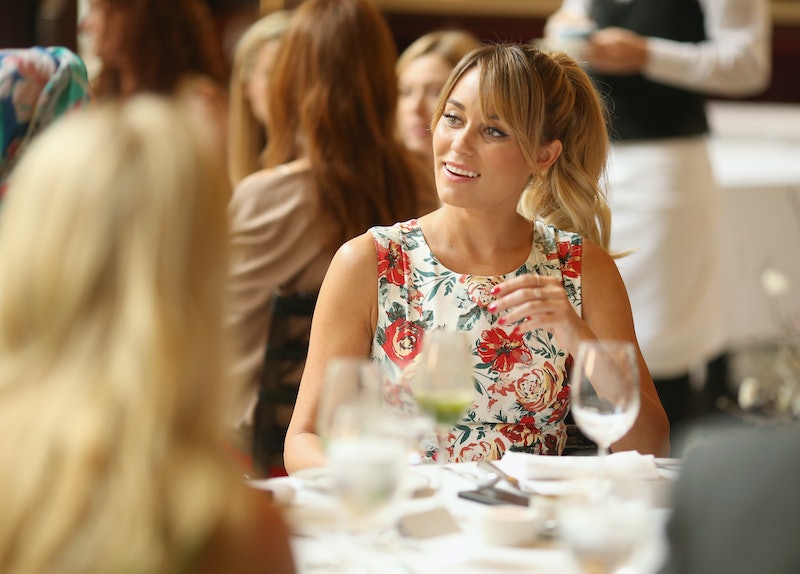 In 2009, I endured a long spell of unemployment due to the recession. So, I did what any bored 20something did back then — I indulged in lots and lots of reality television, namely The Hills, The City, and Keeping Up With The Kardashians. I decided to rewatch the pilot of The Hills in a fit of nostalgia. I got into the MTV realtity show pretty late and had to play catchup with all the episodes. Plus, when I started watching, a lot of my friends were very excited about it and filled me in on Lauren Conrad Heidi Montag, and Spencer Pratt's major drama.

The Hills premiered in 2006 as a spinoff of the series Laguna Beach: The Real Orange County and the series follows Conrad as she pursues a career in fashion through an internship at Teen Vogue and attending the Fashion Institute of Design & Merchandising. Of course, we all remember the show for the Spencer Pratt and Lauren's feud, Heidi's insane plastic surgery, Audrina Patridge being Audrina, and Brody Jenner being around. The pilot, though, has way less drama than that. It's actually so weird to see Lauren, Heidi, and Whitney Port stress over such minor things, like licking envelopes for their internship or working a Teen Vogue party. If only they knew then what they all know now.

Here are five things you may have missed when you originally watched the pilot of The Hills.

Heidi Wanted To Work In PR, Because Parties

In the pilot, Heidi and Lauren speak to the admissions officer at FIDM. Heidi tells her that she loves shopping and she wants to work in PR and event planning, because she likes parties. The admissions woman tells Heidi you actually have to work in the industry for a long time before you get to plan parties for a living. This fact shocks Heidi.

Can we also just take this moment to appreciate Heidi before all of her plastic surgery? She was naturally so pretty.

Lauren Has Always Been Serious About Fashion

Lauren told the admissions woman that she was very serious about a career in fashion and had very high hopes for landing an internship at Teen Vogue. So even early on, Lauren was very enterprising. Today, she's a published young adult author with eight books under her belt and has several fashion lines: LC Lauren Conrad and Paper Crown.

Heidi Was Dating Someone Else Back Then

Heidi did have a love life before Spencer. Before she dated and married Spencer Pratt, Heidi was dating an actor named Jordan Eubanks in the pilot.

Lauren meets Whitney Port on their first day as interns at Teen Vogue and they're both tasked with stuffing envelopes for invites to the magazine's Young Hollywood party. While licking the envelopes, Lauren references Seinfeld and that time when George's fiance Susan died from licking too many. Dun dun dun.

Whitney Was So Nice

While at the Young Hollywood party, Whitney does Lauren a solid and lets Heidi and Co. into the party, even though they weren't invited. You know, it could've been very easy to have Whitney be Lauren's big time rival at Teen Vogue, but I'm so glad to see that Whitney and Lauren became friends instead. Of course, Whitney would go on to have her own spinoff The City (as in New York), which only lasted for two seasons.