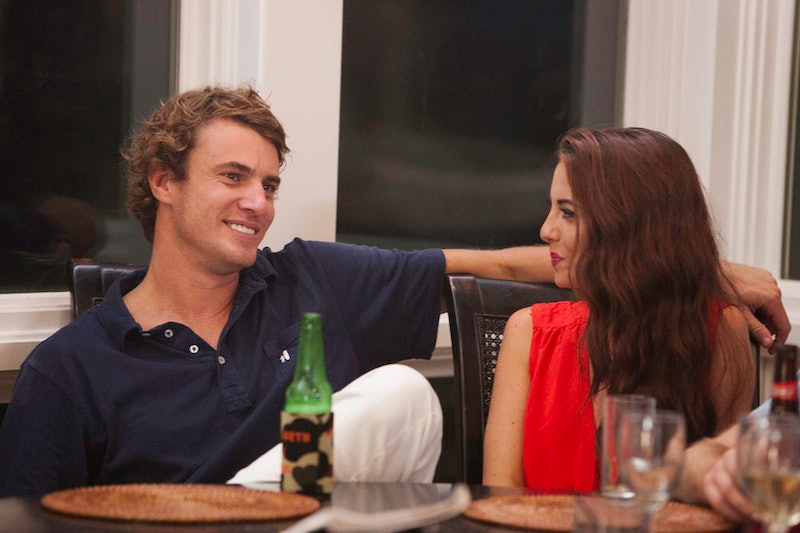 Of the cast of Southern Charm, Shep — or William Shepard Rose III, as he's more formally known — doesn't wear his wealthy boy status on his seersucker sleeve quite as prominently as, say, Whitney, but he's been flying pretty fast and loose with what it means to have family money and southern status in recent episodes of the show. His concern for Craig's party boy ways doesn't extend to himself or Thomas because Shep and Thomas have their family's money as a protective net to catch them if they fall... or so says Shep. And Shep has the family lineage, 35-year-old playboy status, and gourmet hot dog restaurant to prove it.

Kathryn Calhoun Dennis and Thomas Ravenel aren't the only Southern Charm-ers with impressively southern names in their family trees. Shep is the nephew of former SC Department of Public Safety director, B. Boykin Rose. B. Boykin Rose comes by that middle name by way of his mother's family, the Boykins, who have a whole town in South Carolina is named after them. So, while Shep may not truly by from the Holy City that plays the background of Southern Charm, with a town (oh yeah, and the South Carolina state dog) named after his family, and a childhood spent in Hilton Head, Shep and his family are truly South Carolina natives.

OK, technically Boykin is an unincorporated community, but it's the community's surroundings in Kershaw County that make it a significant place in South Carolina. For example, just over in Camden is the Mulberry Plantation, current National Historic Landmark, and former home of James and Mary Boykin. The home is nationally significant because its where Mary Boykin's impeccably detailed wartime diaries are kept, acknowledged as the most important piece of Confederate literature by the National Parks Service because of "its contributions to our understanding of southern culture and society." I hear the broom-making in Boykin is also a real hit.

Of course, the Boykin moniker is also known for being the namesake of South Carolina's state dog, the Boykin spaniel. Boykin Spaniels were bred for hunting water fowl. With his blonde hair and stature, I'd always read Shep as more of a Golden Retriever person, but I can still see the resemblance in the puppy face.

But even with the deepest of South Carolina family roots, Shep's read on making a significant impact on the culture of South Carolina seems a little different than other Boykins and Roses who came before him. Ever the fun-lover, Shep is focused on bringing gourmet hot dogs and cold PBRs to his fellow Charleston partiers in the form of his newly opened restaurant, the Palace Hotel. It may not be a National Historic Land mark one day, but something tells me that's not what Shep is going for.