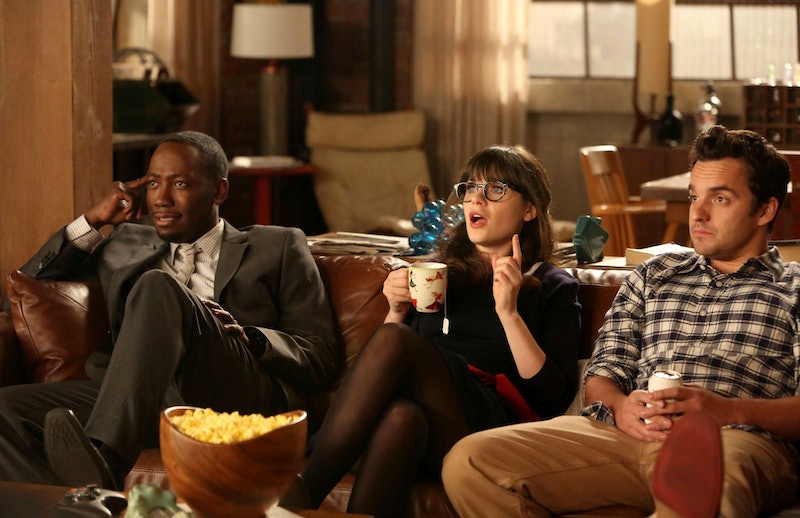 I know watching TV has made me a happier person. When I first moved to New York City 11 years ago, I decided to go without a television because I wanted to immerse myself in the culture around me, and I lived without a TV for about five years. I definitely went out and read more — but when I went to my parents’ house for the holidays I’d find myself glued to their television, just staring at it obsessively, as if nothing so wonderful had ever existed before. I finally gave in, and had to cross over to owning a TV once again — and I’ve never regretted my decision since.

I'm not alone: Americans loooove their television: According to Nielson, the average American watches over 34 hours of television a week. So since we're all doing in anyway, here are six ways plopping yourself in front of the TV and vegging out is actually good for you.

1. TV Can Improve Your Self-Control

You might feel like you're out of control if you're binging on Netflix, but a 2012 study out of the University of Buffalo found that people who watch TV, especially shows that are familiar to them, are able to stay on top of their self-control better than those who don’t watch lots of TV.

Psychologist Jaye Derrick found that exposure to a “familiar fictional world” actually helps people from giving into bad impulses. The reason? The happiness and good mood that comes from watching these programs with the “digital equivalent of friends and family,” gives us comfort, so we're more likely to behave in other areas of our life that require discipline.

2. TV Is Good For Your Sex Life

Turns out watching Scandal together isn't a sign of the fire is dying — when couples watch TV together, it actually brings more intimacy into their relationship.

A 2014 study found that people who have a TV in their bedroom have sex more often than those who don’t, and 32 percent attributed that to the fact that they could watch their favorite shows while having sex ... which apparently is something that is great for relationships. The same study found that 29 percent of couples found that watching TV together made them feel closer.

A 2011 study conducted by the University of Rochester found that when people watch nature shows, they come out of it feeling both more generous and energetic. There’s just something about watching animals being adorable on channels like National Geographic that makes us want to destroy the planet less, I guess.

What do you do when you get home from work? Probably toss yourself on the couch and turn on the TV, right? Well, the same 2011 study by the University of Rochester also found that in addition to increasing feelings of generosity and energy, watching TV also contributes to lower blood pressure and stress relief. (Which is probably why it's so fun.)

5. TV Can Boost Your Creativity

Ever find it useful just to have the TV on in the background? There might be a reason for that. According to a study published in The Journal of Consumer Research, the sound of a television can boost creativity, even if you’re not totally engaged in watching it. (Apparently, the bustling in a noisy coffee shop also has the same effect.)

A study at the University of California at Santa Barbara found that teenage girls are more likely to practice safe sex thanks to teen dramas.

As one of the researchers explained, when teenagers watch situations involving pregnancy, they imagine it happening to either themselves or their friends, and the reality really hits home. The study also found that teenagers got more from these dramas than from news programs meant to teach about safe sex and teen pregnancy. Sad, but cool.

Of course, it's hard to say if all these benefits also apply if you're binge watching TV. But hey — everything (including excess) in moderation, right?