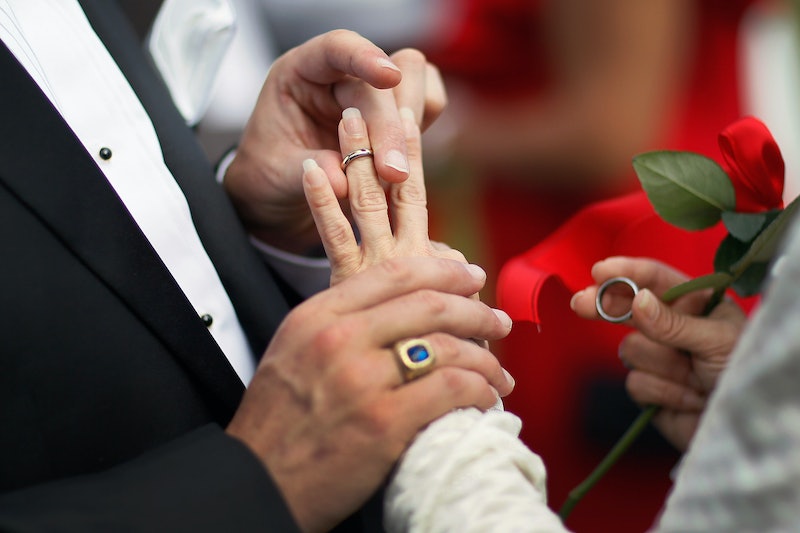 I’m in a long-distance marriage. I know, for many, it’s confusing. Sometimes people make snide comments about it not going to last while others, especially people I’ve just met, think my husband is a figment of my imagination. You know, like that kid in high school who supposedly had a girlfriend in Canada. But neither is the case. In fact, a new study has proven what I already knew: Long-distance marriages have health benefits for both people in the couple, in more ways than one. The new study conducted by Northwestern University found that having time apart from your partner has some great health benefits attached to it. It’s those couples, who live 50 or more miles apart from each other for some of the time, that have overall better health, including less depression, healthier diets, and even exercising more than those who see each other every day.

According to the study’s coauthor, Steve Du Bois, those in long-distance marriages get the best of both worlds: being single and being in a relationship. We get ample time to work on ourselves, have our lives, see our friends, but also have a partner who, when they’re around, are the peanut butter to our jelly.

Although those in long-distance marriages are totally winning in some ways, there are other ways in which those with traditional marriages, in regards to proximity, fair better. There seems to be more conflict for the LDMs, because distance is still a bitch, and of course less sex isn’t exactly a good thing for any marriage. But, hey, we have phone sex and that can be really fun, too.

Being in a long distance marriage isn’t easy. I can attest to that as being a fact. If someone came up to me and said that they were marrying someone whom they wouldn’t see all the time, I’d tell me it’s both a good thing and a trying thing; I wouldn’t use the word “bad.” Is alone time, independence, and not having to sleeping next the loudest snorer in the world ever bad? No.

But as Du Bois points out, if we can pinpoint where the trying bit resides in these long-distance relationships and where they excel, then we bring can find a happy medium where maybe the ideal marriage is the one that has distance in it. OK, so he didn’t say that latter bit, but you never know.

Each day we move further and further away from conventional marriages, so knowing how to deal with the complications that arise in these modern situations can just help us all evolve and be better equipped to make happily ever after a possibility for everyone who decided to do the whole marriage thing. Especially once we start setting up camp on Mars; now that will make for one hell of a long-distance marriage.