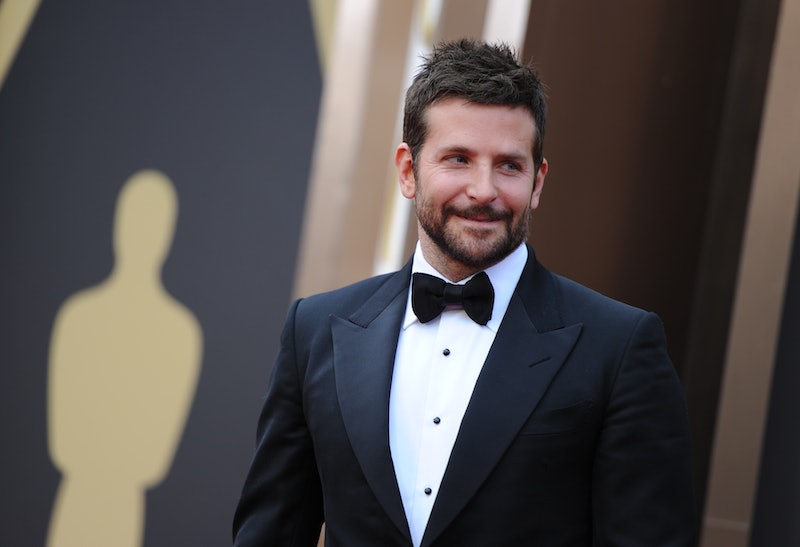 Bradley Cooper is the golden goose of Hollywood; every egg he lays (read: movie he makes) turns to gold — in both the box office and little golden statues. With Bradley Cooper nominated for a Tony Award for his performance in The Elephant Man, he is on his way to win over Broadway and paint the town gold. GOLD I SAY! Cooper is going up against some major stage actors and break-out stars, including Bill Nighy, Steven Boyer, Ben Miles, and Alex Sharp. But it's not just Cooper's big movie star name that might propel him to the top of the nominees. For starters, his performance was highly-acclaimed and The Elephant Man is a beloved drama that's up for Best Play Revival. B. Coops just may take home a Tony before he finally nabs an Oscar.

With the Oscars and Tonys in his wheelhouse, Cooper isn't far from attaining the holy grail of entertainment: the EGOT. Few people have the honor of winning an Emmy, a Grammy, an Oscar, and a Tony, but those who do get the glory of being at the top tier of the performing arts. EGOT holders include Audrey Hepburn, Whoopi Goldberg, and Mel Brooks.

Can Cooper ever reach this zenith of award winning? Here's how he can do it:

Like Mark Ruffalo before him, Cooper has the chops to take on the challenging content of HBO films. It's a near perfect bet since almost everything HBO produces become instant critical successes.

If James Franco can get a Grammy nomination for his spoken word album Actors Anonymous, Cooper can certainly do the same. The next presidential election is coming up, and I reckon there are going to be A LOT of political non-fiction being released. And I reckon they're going to need someone to voice those audiobooks...

After Silver Linings Playbook and American Hustle, the third time is gonna be the charm, eh?

Tony: Tune in On June 7 to Find Out

You got this, Coops. If not, pull a Hugh Jackman and work on those musical theater skills.