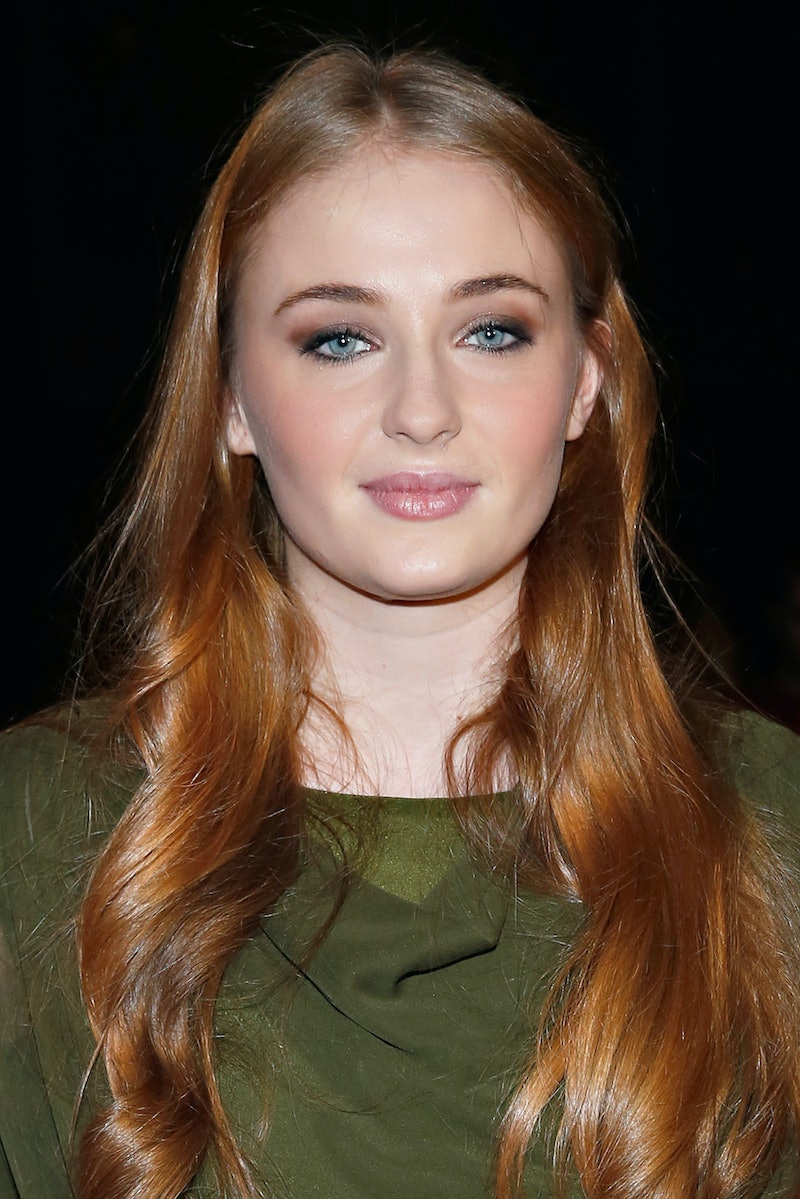 We’re all guilty of sometimes associating actors with the characters who play them. While I’m sure that it can be sufficiently annoying for them, in a way, it’s a compliment. It’s just that they’ve done such a bang up job of convincing us that they are this fictional person that we sorta believe them. Sophie Turner, who we know as Sansa Stark on Game of Thrones, is one of these persuasive actors, and she talked to Entertainment Weekly all about how she’s suffered because of the relation between her and Sansa back in January.

She told the publication,

A lot of fans that recognize me go, "I kind of hate you," and I’m all, "Cool, well, you’ve just made this sufficiently awkward." I thought I was being personally attacked, but I knew I wasn’t. It was all new to me.

The actress admits that she even had a hard time differentiating herself from Sansa in that moment, but, other than her identifying with the eldest Stark daughter during that instance, she isn't Sansa. Turner herself is a compelling person, and mainly for reasons that prove she is a stark (*wink*) contrast from her alter ego. It’s not a good thing or a bad thing, just a very entertaining truth. Especially if you’re a big Game of Thrones fan and only know the fiery red head to be stern and stoic.

Check out some of Turner’s quirkiest tweets to see just how unlike Sansa she actually is.

For one, she's totes obsessed with her on-screen sister

As we know, Sansa isn't as thrilled with Arya as Turner is with Maisie Williams. If you need more proof, EW even confirms that the two are great friends. According to the magazine, the girls, "Struck up an immediate friendship when they first met at their Thrones auditions..."

She only worships one god

Who even needs the other six when things like pasta and pizza fall under this religion?

Sansa doesn't smile much. Granted, life hasn't given her much to smile about.

Sophie redefines what "being a lady" means

And it means calling out the intrusive, flatulent creep next to you.

She isn't afraid to get dirty

Sansa's life of privilege (before all the death and destruction) probably didn't lend to things like bathroom humor.

Sansa probably prefers something with harps and a banjo... I think.

Chocolate. Chocolate is always more important than everything ever in any situation.

She asks the important, hard-hitting questions

The most tragic thing about Westeros is that it's lacking in Alan Rickman... and iPhones.

She's got great fashion sense when it comes to menswear

Whereas Sansa's forte is in selecting intricate, elaborate, really freakin' heavy and uncomfortable gowns. Turner told EW, "I find it so hard to move around in the dresses, you’re walking like a statue." But hey, she always looks fantastic.

She likes to let loose and have a good time

Sansa really hasn't been into partying as of late (or ever?). Can you blame her, though?