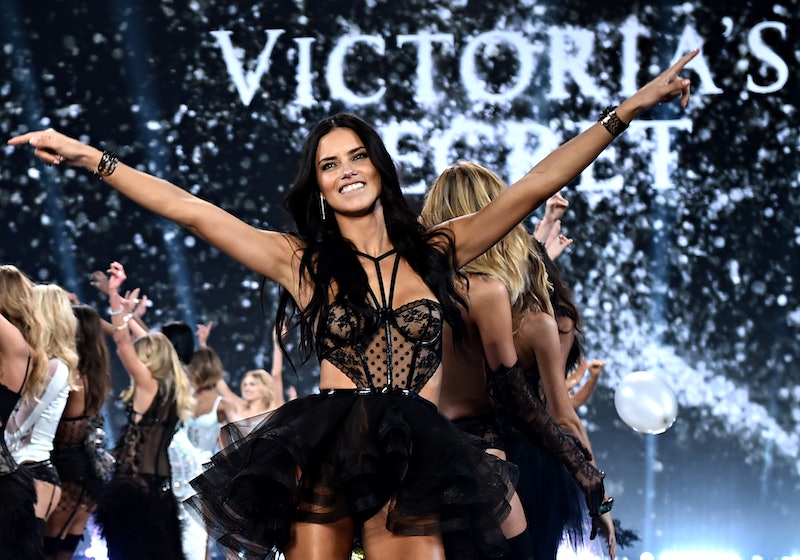 After Doutzen Kroes and Karlie Kloss announced they were officially hanging up their Angel wings, the question remained — who would replace the beloved models on the runway? Well, we officially have our answer. Victoria's Secret revealed the addition of ten new Angels, including Stella Maxwell, Kate Grigorieva, Taylor Hill, Elsa Hosk, Martha Hunt, Jac Jagaciak, Lais Ribeiro, Sara Sampaio, Romee Strijd and Jasmine Tookes. These lucky ladies join a highly exclusive, elite bunch that includes Candice Swanepoel, Adriana Lima, Alessandra Ambrosio, Behati Prinsloo, and Lily Aldridge. With a veteran cast like that, looks like these rookies have pretty huge wings to fill.

All of the new angels are already regulars of the brand. According to Vogue UK, each one of these women have previously walked the infamous Victoria's Secret annual fashion show in 2014, and I have definitely seen their faces pop up in campaigns for the label here and there. Needless to say this is a very big honor, so I really do hope the models live up to the hype. They may have already earned their wings, but they still have to prove themselves, at least IMO.

So who are these superstars? Let's meet the new angels!

Believe it or not, she was previously a basketball player in Sweden (according to Victoria's Secret).

The 23 year-old hails from the UK and was practically born to be an Angel.

The American model is a Cali girl at heart and looks as Angel-ready as ever.

According to Victoria's Secret, this Russian supermodel is also a ballroom dancer! Talk about multi-talented.

This all American gal is only 19 years old.

With a strut like that, this Polish babe is ready to strap on her wings.

This Brazilian beauty has walked the catwalk for the biggest names in the game including Chanel and Versace. Clearly, she will kill it as an Angel.

The Portugal-born model is totally going to be the next Adriana Lima, I'm calling it now.

The Dutch native is but a mere teenager. Quite a high honor to achieve at such a young age.