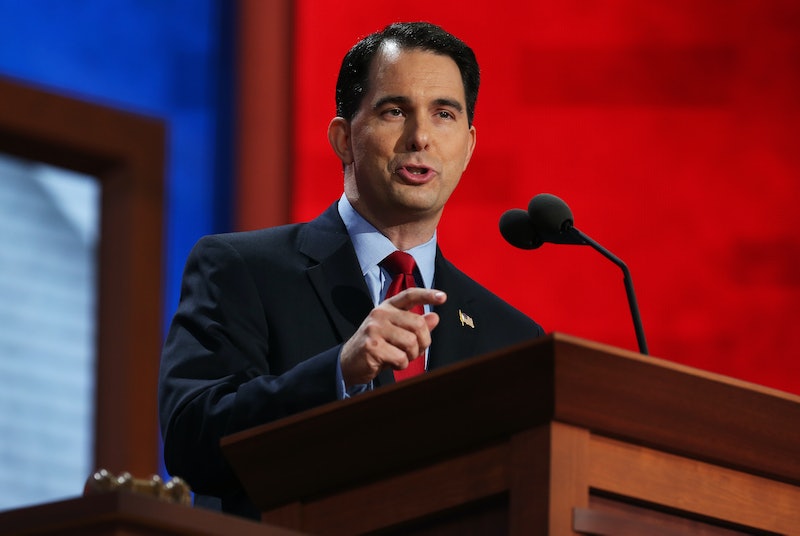 Wisconsin is proving itself to be the newest hotbed of reproduction rights controversy.

Eight protesters were arrested Thursday after attempting to deliver hangers to lawmakers at the state's Capitol in Madison. In protest of a bill that requires women to have ultrasounds before an abortion, the protestors tried to make their way to the offices of two state senators and Wisconsin Governor Scott Walker.

After unsuccessfully delivering the hangers, protestors went to the state Senate chamber, where the 2014 budget was up for debate. Some members pushed their way in, tried to make it to the Senate floor, and chanted "focus on jobs, not on vaginas," before being arrested. Some of the arrests were captured on video; snag a glimpse here.

The bill, which Gov. Walker said he will sign, will require women to have either a transabdominal or transvaginal ultrasound before an abortion and for abortion clinics to have admitting privileges to a hospital within 30 miles.

Remind anyone of Virginia circa last year?