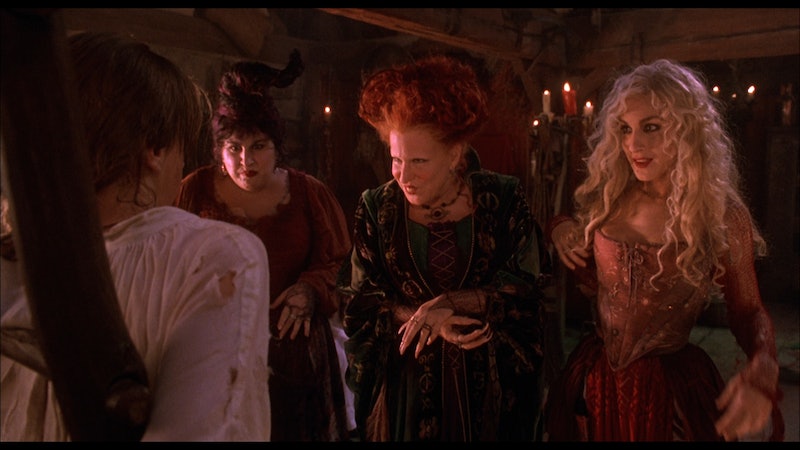 The Salem witch trials — a period of mass hysteria and panic that overtook colonial Massachusetts between 1692 and 1693 — are often regarded as one of the most fascinating episodes of American history. After all, the story is so dramatic and so strange that it almost reads like fiction: Young girls begin having mysterious screaming fits; they are diagnosed as having been bewitched, and soon a hunt begins for the witches. Although the Salem witch trials are now the source of scary stories and creepy TV shows, it’s important that we remember that they were real, and they were terrible: twenty people were killed for being "witches", and many more were accused and imprisoned.

It’s fairly horrifying to consider how easy it was for a woman to be convicted and executed for witchcraft in the 17th century—and just how little power she had to prove her innocence. As Marilynne K. Roach, historian and author of Six Women of Salem: the Untold Story of the Accused and Their Accusers in the Salem Witch Trials, explains, “In 1692 anyone might have been accused of witchcraft.” There are some factors that made one more susceptible to accusations than others, however. Read on to see if you fit the parameters of these supposed “witches” and thank your lucky stars that you don’t live in the 17th century.

According to Roach, throughout history, women have more consistently been accused of witchcraft than men. She suggests that this may be because women have historically led more restricted lives than men, and that therefore it took less for them “to be considered out of line.”

Roach also points out that, although the women accused of witchcraft during the Salem witch trials in 1692 ranged in age from over 80 to as young as 5, most were in their late-40s and 50s.

3. You have an extra nipple, a mole, a freckle, or basically any other mark on your body

It was common for witch hunters to look for “witch’s marks” or “devil’s marks” on suspects’ bodies. In an article for The American Journal of Dermatopathology, Thomas J. Flotte and Debra A. Bell explain that “Devil's marks included a variety of skin lesions described as flat or raised, red, blue, or brown lesions, sometimes with unusual outlines.” Witch’s marks, in contrast were probably supernumerary nipples; Apparently, people believed that “familiars (agents of the devil, usually in animal form) would receive sustenance by being suckled.” Which is all a way of saying that Chandler Bing would have been considered a witch FOR SURE.

Evan Andrews at History explains that, in the 17th century, it was believed that witches couldn’t say scripture out loud, so one way of testing for a witch was to make the suspected person read from the Bible (most commonly the Lord’s Prayer). If the accused couldn’t read it or stumbled, she was a witch! (This, of course, completely ignores the fact that some of the accused may have been illiterate or uncomfortable with speaking in public or, you know, completely terrified.)

5. You are married, but you don’t have enough (or any) children

Roach claims that during the Salem trials, some people with large families thought that women with few or no children were jealous of them and practicing witchcraft upon them as a result. Women: Shamed for their choices regarding parenthood since literally forever.

6. People are envious of you

In The Salem Witch Trials: A Primary Source History of the Witchcraft Trials in Salem, Massachusetts, Jenny MacBain writes that Rebecca Nurse, who was executed as a witch in Salem in 1692, may have been accused because she and her husband had recently gained a large tract of land, sparking the envy of their neighbors.

7. You are related to or associated with someone else suspected of witchcraft

Roach explains that guilt by association was a major factor in people’s perceptions of accused witches. MacBain writes, for example, that a major factor in Rebecca Nurse’s conviction of guilt for witchcraft may have been gossip that her mother had been a witch.

8. You are a perceived as “bitchy”

Roach points out that, “the Devil encourages discord.” Although a man with a contentious reputation might simply have been regarded as ultra-masculine, a woman who had trouble getting along with people—especially her family—was seen as unnatural, and therefore in league with Satan.

9. Your milk spoiled (or anything else vaguely negative happened to or around you)

In Religion and the Law in America, Scott Merriman explains that in the early days of the American colonies, people commonly blamed normal everyday calamities, including spoiled milk, on witchcraft. Essentially, if they didn’t understand why something had happened, chances are it was because somebody made a pact with the devil. Totally logical, guys.

Being of low status or in some other way marginal made you a prime candidate for being accused of witchcraft in the 17th century. For example, Sarah Good, one of the first women accused during the witch trials in Salem, was very poor and often begged to her neighbors. She was thus a “safe” target for accusation.

More like this
What Is The Forest Personality Test? The TikTok Trend, Explained
By Georgina Lawton
This Creepy TikTok Trend Encourages Out-Of-Body Experiences
By Kaitlyn Wylde
Kim Kardashian Is Releasing A Line Of Earbuds With Beats
By Alexis Morillo
Your Daily Horoscope For August 10, 2022
By Mecca Woods
Get Even More From Bustle — Sign Up For The Newsletter