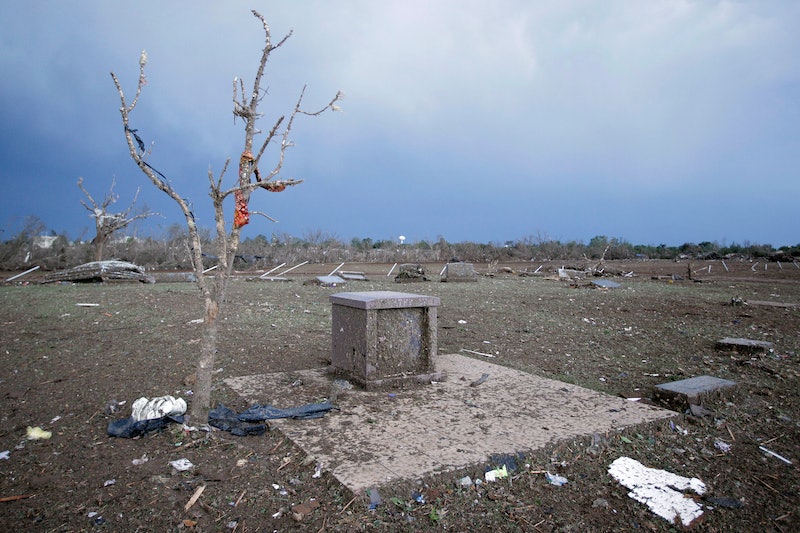 This is horrifying: a 13-year-old girl from the Punjab province of Pakistan was reportedly assaulted by two men, who attacked her so brutally that after she passed out, they believed they'd killed her. The two men then buried her alive by the roadside. When she gained consciousness, the girl, who as an sex-assault victim hasn't been named by press, managed — muddy, bruised, battered, and broken — to claw and crawl her way out of the grave. A passerby found her, and took her to a nearby clinic.

As in the notorious New Delhi case, police apparently chose to ignore the crime when the girl's father, Siddique Mughal, reported it to the village precinct. But unlike the New Delhi case, higher authorities stepped in: The country's highest court, the Lahore High Court Chief Justice's Complaint Cell, intervened and put a regional-sessions judge in charge of the case. The judge ordered the police to arrest the attackers and put together an incident report to present in court, promising justice for the girl in yet another country where sex abuse is often ignored.

The case of the 13-year-old has garnered unusual media coverage in Pakistan, indicating that sex crime is no longer an invisible issue: An estimated 668 cases were covered in 2002. In 2012, 2,788 were brought to light. It doesn't make for pleasant viewing, but it draws attention to an epidemic that might otherwise remain silent.

The young teen's case is reminiscent of that of "Liz," a 16-year-old girl in Kenya who was raped by six men while walking back from her uncle's funeral and thrown down a latrine to die. Like the Punjabi girl, Liz survived, and a worldwide outcry against her injustice has fueled calls for action from the government. On Thursday, Kenyans marched in Nairobi to deliver a global petition signed by more than one million people to the police chief, demanding the arrest of Liz's assailants.