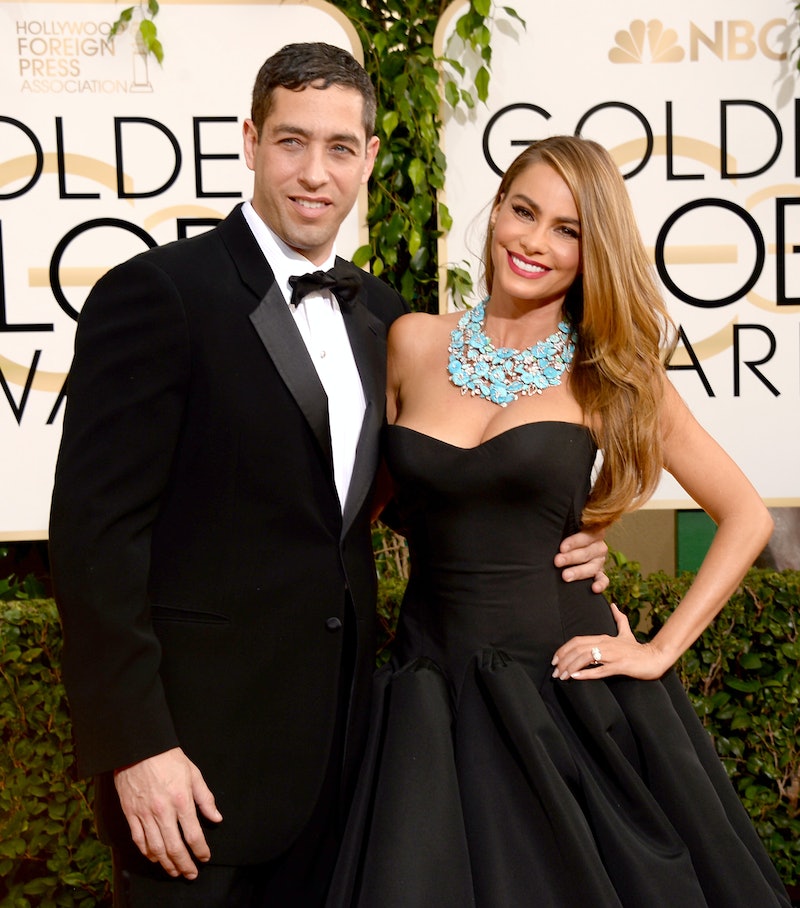 It can't be easy when a longterm relationship ends, which can definitely be said for Sofia Vergara and Nick Loeb. Not only is the Modern Family star now engaged to Joe Manganiello, but she's constantly in the spotlight. As for her ex-fiancé, Loeb, well, he's also making headlines when it comes to his and Vergara's frozen embryo lawsuit. The details regarding the lawsuit are quite complicated and the situation just became even more involved now that Loeb has written an op-ed piece for The New York Times shining an even brighter light on exactly what's going on.

(Update: Sofia Vergara opened up about the embryo lawsuit with Howard Stern on The Howard Stern Show. Vergara revealed she has no worries about the contract being broken.)

On Wednesday, Loeb's piece was published, and he goes into detail about his past relationships, his hopes of becoming a father sooner rather than later, and explaining why he believes he has a right to the frozen embryos without Vergara's consent. Bustle reached out to Vergara's rep for comment, but has not yet heard back.

For those unaware about the lawsuit, here's a brief recap: In April 2015, it was reported that Loeb filed a complaint under two aliases (for the sake of it not catching media attention, but that didn't go as planned) saying that Vergara wanted to destroy two frozen female embryos they were previously saving for surrogacy.

The actress then responded to Loeb's claims via her lawyer. Part of the statement reads,

Vergara has never suggested that she wished to have the embryos destroyed. She has always maintained that they be kept frozen, a fact of which Loeb and his counsel have always been aware, despite Loeb's statements to the contrary. Vergara, who has happily moved on with her life, is content to leave the embryos frozen indefinitely as she has no desire to have children with her ex, which should be understandable given the circumstances.

Now, Loeb is letting his voice be heard, because he feels he has a right to bring the two embryos to life. He says he is ready and willing to take on single fatherhood and doesn't expect Vergara to step in as a mother. However, Loeb reveals he and Vergara signed documents "stating that any embryos created through the process could be brought to term only with both parties' consent. The form did not specify — as California law requires — what would happen if we separated. I am asking to have it voided."

After their breakup he says he offered to pay for all expenses to bring "[their] girls" into the world and raise them by himself. However, he claims Vergara has refused.

To Loeb, even though Vergara's lawyer is disputing that the actress has said anything about destroying the embryos, he believes "keeping them frozen forever is tantamount to killing them." Throughout the entire piece, it is evident how badly Loeb wants to become a father, but the situation is definitely a complicated one, especially since there are laws and they both have rights. With that said, Loeb writes,

When we create embryos for the purpose of life, should we not define them as life, rather than as property? Does one person’s desire to avoid biological parenthood (free of any legal obligations) outweigh another’s religious beliefs in the sanctity of life and desire to be a parent?

A woman is entitled to bring a pregnancy to term even if the man objects. Shouldn’t a man who is willing to take on all parental responsibilities be similarly entitled to bring his embryos to term even if the woman objects? These are issues that, unlike abortion, have nothing to do with the rights over one’s own body, and everything to do with a parent’s right to protect the life of his or her unborn child.

This is a very difficult and heartbreaking situation. Not only do I believe that Vergara should have a say in whether the embryos are brought to full-term, especially since they are her eggs and would also be her children, the fact that it appears that Loeb so desperately wants to be a father is saddening. The embryos are partly his too, so, overall, it's quite a heavy, emotional, and very tough situation.

Now, some might be thinking: "Why can't he just have kids another way or move on and start his own family?" Well, he has a response to just that. He writes, "I have every intention of doing so. But that doesn’t mean I should let the two lives I have already created be destroyed or sit in a freezer until the end of time."

More like this
Adele’s All-Female Lineup Includes Kacey Musgraves, Mahalia, & Self Esteem
By Shahed Ezaydi
Police Shove 'Full House' Star Jodie Sweetin At An Abortion Rights Protest
By Radhika Menon
Kanye Joked About His Divorce To Kim K In A Surprise Speech At The BET Awards
By Alyssa Lapid
At 14, Kate Berlant Had A Wheelie Backpack & One Line In 'Lizzie McGuire'
By Samantha Rollins
Get Even More From Bustle — Sign Up For The Newsletter