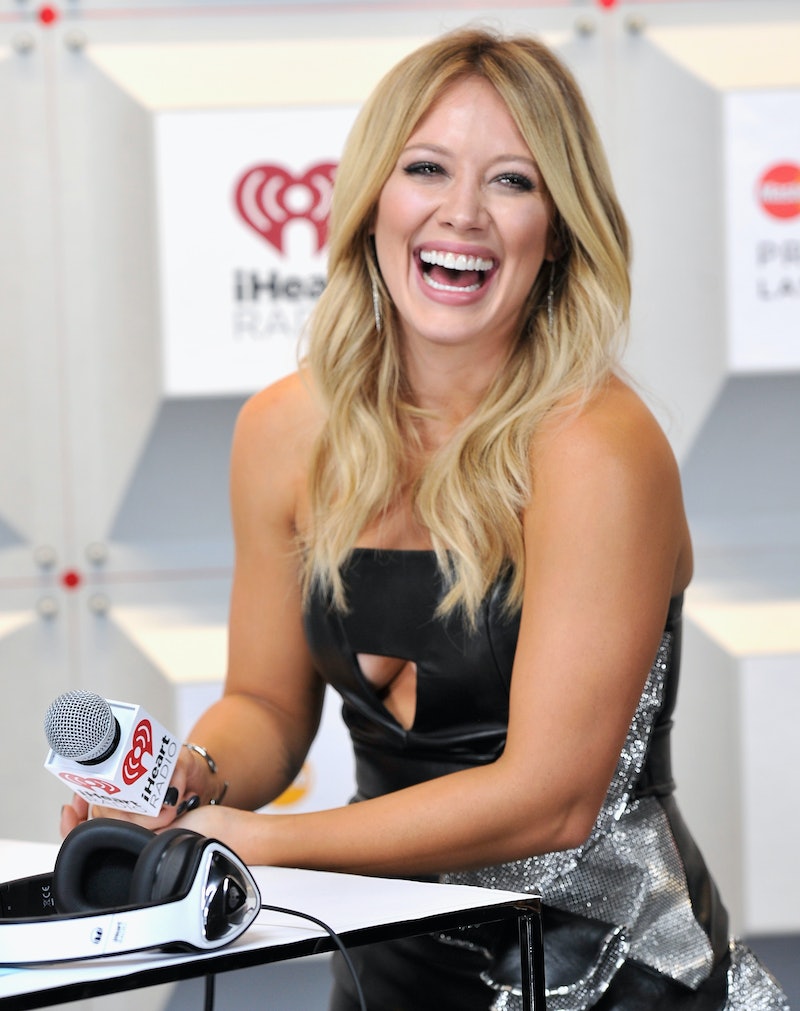 On Monday, it was revealed on Valentine in the Morning that Hilary Duff is on Tinder and would even have her very first Tinder date that night. Not only did she reveal all the juicy details about joining the dating app, but she also dished about what she looks for in a guy and what her first date would involve (FYI, they went bowling). Now, Hilary Duff is talking her first Tinder date and explaining how it went.

While chatting with On Air With Ryan Seacrest on Tuesday, Duff told Seacrest all about her date with a guy named Tom. She said, "We went bowling so we didn't have to talk too much, but we did talk a lot actually. He was cool. He brought a friend and I had some friends there. He used to be in editing for reality shows. Now, he's an actor and he just wrote a play. He's an interesting guy.”

With that said, Duff isn't really down with dating someone in the entertainment biz. She elaborated, "To be honest, I don't really want [to date] an actor. [But] I think he has a few jobs." Also, if you're wondering or just want to be super nosy, the two did not kiss. She declared, “No! Absolutely not."

As for how she feels about Tinder and Tom, she's not too sure, but she's going to "see how it goes." It definitely doesn't seem like her first Tinder date scared her away from future dates using the app. Not only does she call herself a "Tinder animal," but she even has a second date soon, which will be one-on-one.

I'm happy for Duff and I give her props on taking a risk when it comes to dating. Plus, let's think about this: if she didn't go on the bowling outing, well, then we probably wouldn't have got this much-anticipated Lizzie McGuire reunion. Duff and her former co-stars totally took this pic during her date, right? If not, Duff sure must love bowling.