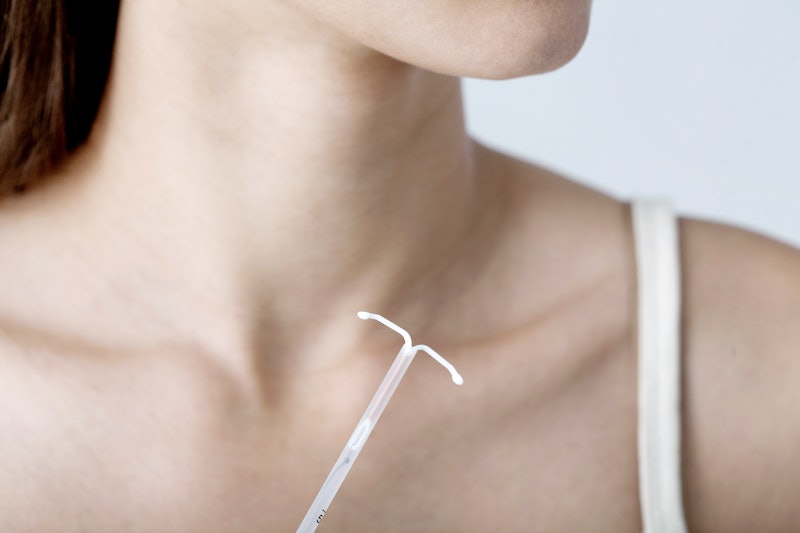 Much to the collective dismay of parents around the world, teens are having sex. That, is of course, accompanied by consequences such as unplanned pregnancies, STIs, so on and so forth. Since the early days in sex ed, young people have been told to take the proper precautions before engaging in sexual activity. Condoms may not be the most effective birth control method on the planet (98 percent effective in preventing pregnancy when used correctly, every single time), but since condoms are pretty much sold anywhere and everywhere, they become the go-to (and relatively cheap) form of contraception for 15-year-olds.

In recent years, the popularity of previously lesser known forms of contraception, intrauterine devices or IUDs, has grown due to its 99 percent effectiveness rate against pregnancy. However, despite its benefits, only a handful of teens are using it. Now, researchers are calling on health providers and counselors to openly discuss and educate teenage girls on the option of IUDs.

In a report released by the Centers for Disease Control and Prevention, researchers found that the more we educate teens on long-acting reversible contraception (LARC) methods, like IUDs, the more teens will utilize it. According to the study, only five percent of teenage girls in the U.S. use IUDs and hormonal implants in place of birth control pills and condoms.

Dr. Lisa Romero, lead researcher and health scientist at the Centers for Disease Control and Prevention in Atlanta, Georgia said, “What we know is that IUDs and implants are the most effective types of birth control available for teens.”

Recently, the American Academy of Pediatrics found IUDs to be the best form of birth control for young women, with oral contraceptives being the least effective due to failure of proper and consistent usage. As far as condom usage goes, about 18 percent of women get accidentally pregnant when a male condom is used, while less than one percent get pregnant when using an IUD or implant.

Researchers analyzed the use of long-acting contraceptives by teens aged 15-19 between 2005 and 2013 at over 4,000 different family planning clinics. All of which provided free or low-cost contraception and STD screenings for low-income people. During that time, researchers found that the number of teenage girls using long-acting contraceptives rose in number. However, those numbers still remain very low and vary among states.

“We know use of LARC among teens is low because of existing barriers, including awareness, access and availability,” said Romero.

So why is any of this important? Well, according to the CDC report, more than 273,000 infants in the U.S. were born to teenage mothers in 2013. The implications of that are a pretty big deal. Having a baby at a young age can lead to health, economic and social problems for young moms and their kids.

In a discussion with Reuters Health, Dr. Jessica Kiley of Northwestern Medicine in Chicago said, “Women and society benefit when young people make active decisions about their own fertility and reproduction. Improved access to contraception allows young women to finish schooling, earn degrees, and care for their families better.”

But, of course, not everyone’s on board the IUD train. As Dr. Manny Alvarez wrote to Fox News,

“As an OB-GYN I am well aware of the many different options of methods that a young woman may have to prevent a pregnancy … And as a father, I can tell you that I would never recommend an IUD for my teenage daughter … If you look at teen birth rates over the past five years, you will find a steady decline. The trend is not because teens are using more IUDs, but rather because these young women – through education – are empowering themselves to make the right choices … I cannot see a young 16 or 17-year-old girl making such a difficult decision in choosing the right birth control method.”

They tell kids in sex ed all the time, if you're old enough to have sex, you must be old enough to be responsible about sex. I highly doubt that 16 and 17 year old girls who are sexually active are jumping at the chance to have a baby in their age. IUDs may be perfect for their age group because they work for several years. But that's just my take on it. With more education, and better access, young women will be able to make those difficult decisions and make those decisions smartly.