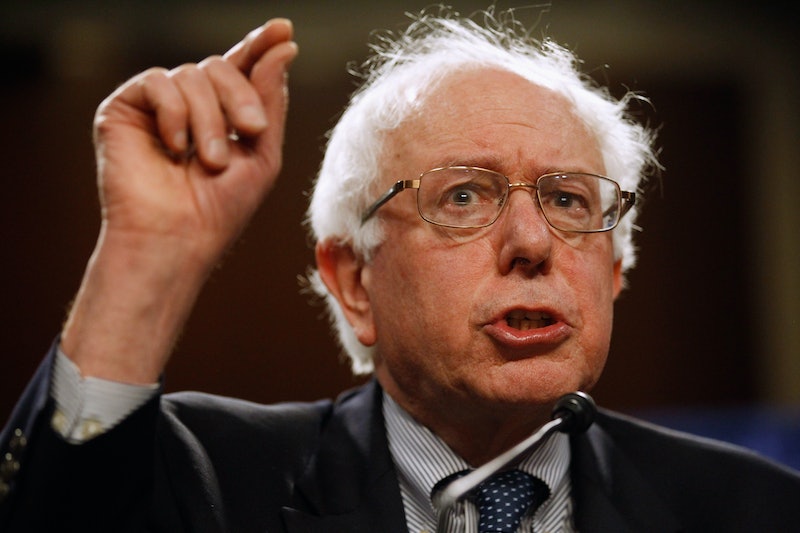 Now that Bernie Sanders has officially entered the race for the 2016 Democratic presidential nomination, the buzz about his stances on the big issues has begun. Sanders isn’t running on a dynamite public profile or on his electability — he really is just running on the issues. As Sanders explained about his campaign on Thursday: “This campaign is not about Bernie Sanders. It is about a grassroots movement of Americans standing up and saying: ‘Enough is enough. This country and our government belong to all of us, not just a handful of billionaires.’” But while Sanders may be running against the grain on a lot of issues, there’s one issue on which Sanders sees eye-to-eye with Hillary Clinton, and Republican contenders: vaccinations. So: what's Sanders' position on vaccinations?

As The Daily Beast reported in February, Washington, D.C. might be increasingly gridlocked, but growing support for vaccinations from politicians on both sides of the aisle may surpass that impasse. On the Republican side, everyone from Chris Christie to Rand Paul to Marco Rubio to Scott Walker to Bobby Jindal has expressed support for children being vaccinated. Clinton fully supports the vaccination of children, and her newest competitor in the Democratic primary, Sanders, does as well. The Vermont senator offered this statement on the matter in February, amidst a measles outbreak in the U.S.:

I think obviously vaccinations work. Vaccination has worked for many, many years. […] I am sensitive to the fact that there are some families who disagree but the difficulty is if I have a kid who is suffering from an illness who is subjected to a kid who walks into a room without vaccines that could kill that child and that’s wrong.

Sanders points out that even though the parent might feel they have a certain right to control their child’s health and what goes into their body, that child inevitably interacts with other children, and thus can impact the health of others. While parents understandably want to have input on matters relating to the health of their child, Sanders asserts that when that input ends up impeding upon the health of another child, that decision becomes problematic. Health is not just a personal issue — it is also a public issue.

And in this presidential election cycle, most candidates seem to at least acknowledge that notion, whether or not they necessarily support vaccines becoming mandatory. Unlike in 2008, candidates are not very amenable to the argument that vaccinations are linked to autism; numerous studies have shown that the two are not linked. Republicans might not follow the lead of science on every issue (ahem, climate change), but they certainly seem to be on the issue of vaccination.

Sanders likely won’t have a big battle to fight on vaccinations in the 2016 nomination battle. However, that’s just one issue checked off a long list of issues on which his campaign is based.