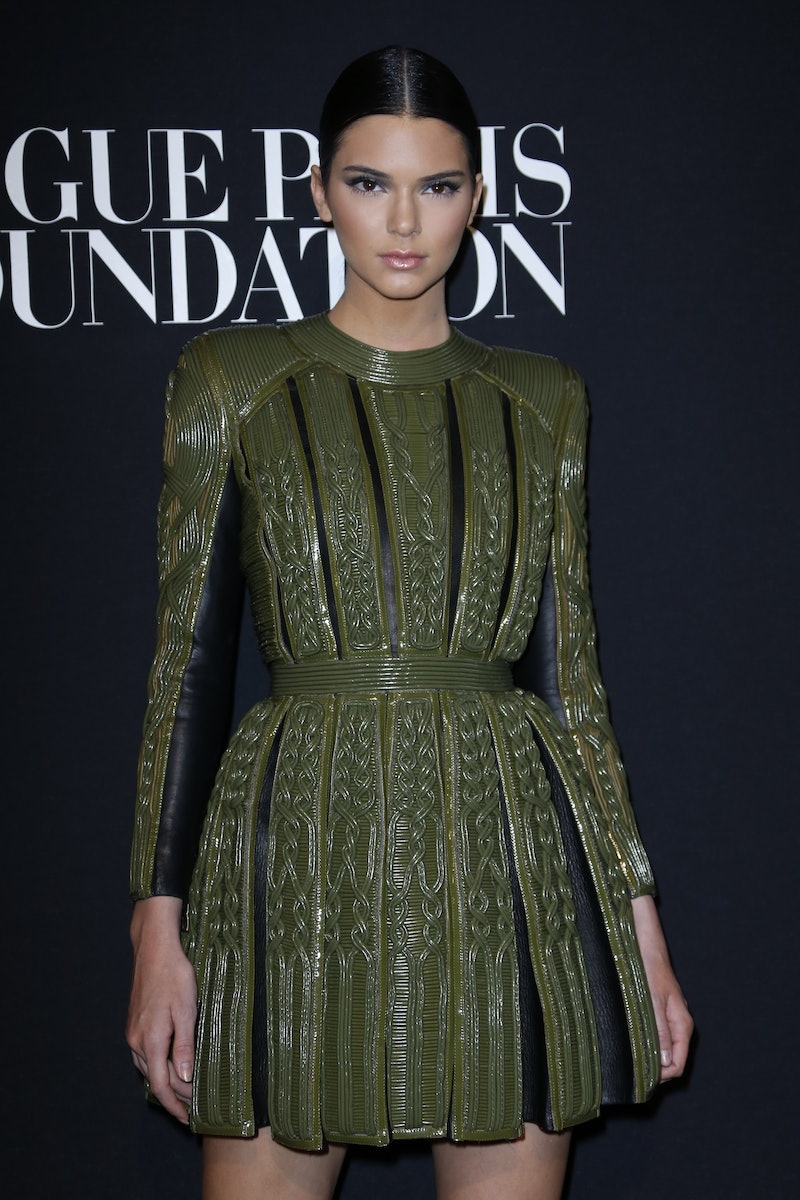 Kendall Jenner has officially reached supermodel status, but it seems like her road to the top has been paved with cattiness, doubt, and a heaping handful of naysayers. Well, today, the model can add one more insult to her long list: graffiti artist Katsu vandalized a Kendall Jenner Calvin Klein billboard in SoHo using a drone. I mean, seriously! Can this girl ever catch a break?

The modeling ingenue's six-story billboard, situated on the corner of Lafayette and East Houston in NYC, was defaced early Wednesday morning when a small drone armed with red spray paint began drawing squiggly lines and abstract shapes across Jenner's face. The drone was controlled by graffiti artist Katsu who has been a pioneer of the remote controlled flying object as the future of street art.

Early last month, Katsu was even interviewed by Motherboard about incorporating this piece of technology into his work, telling the site that the drone is perfect, "for crime, vandalism, art. I really want to look into the way that a person and a drone could connect. I thought, ‘I could go out into the city and spray paint using a drone wherever I wanted to, in basically unreachable spots and in unusable areas.'"

And now the graffiti artist has done just that, spray painting a very public billboard that's usually left remarkably pristine due to its size and inaccessibility. Check out video footage of the incident below:

Katsu is known for his daring, high-profile exploits, once tagging two-stories of LA's Museum of Contemporary Art, so his latest stunt seems right on brand. While the graffiti itself is not the most interesting work out there, integrating these technological capabilities into the artist's work is definitely an interesting new frontier. But can we all just leave Kendall alone already?

More like this
42 Black Owned Fashion & Beauty Brands To Support Today & Always
By Mekita Rivas, Shea Simmons, Kui Mwai and Dominique Norman
What Is A “Softboy?” The TikTok Term & Aesthetic, Explained
By Courtney Young
Why Are TikTokers Slapping Each Other With Tortillas?
By Courtney Young
This TikTok Trend Wants You To Be Nicer To Your Inner Child
By Courtney Young
Get Even More From Bustle — Sign Up For The Newsletter